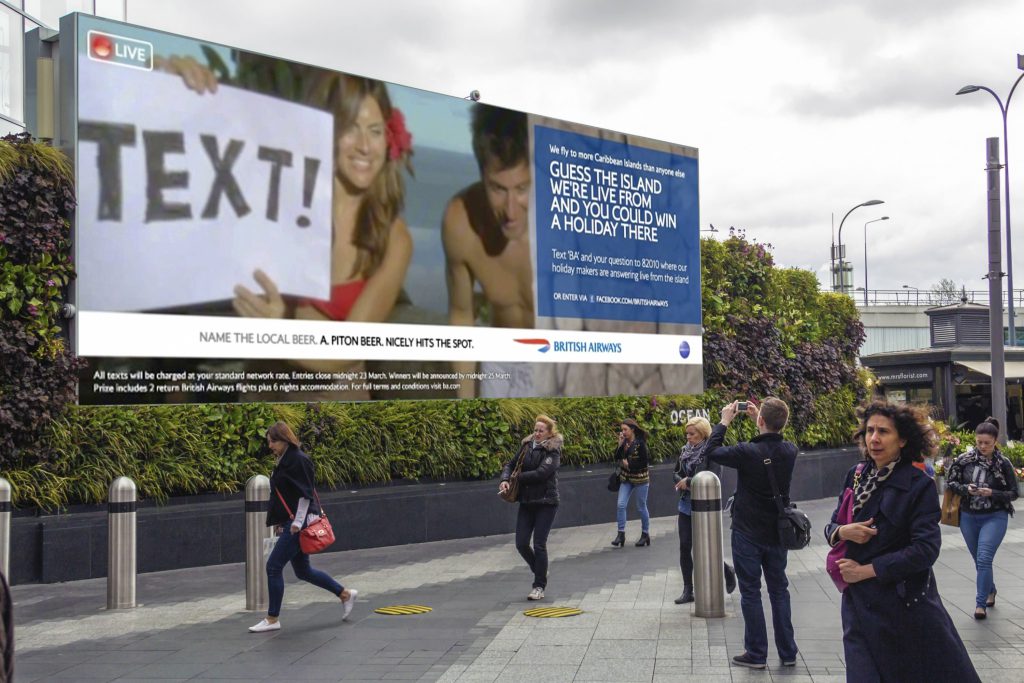 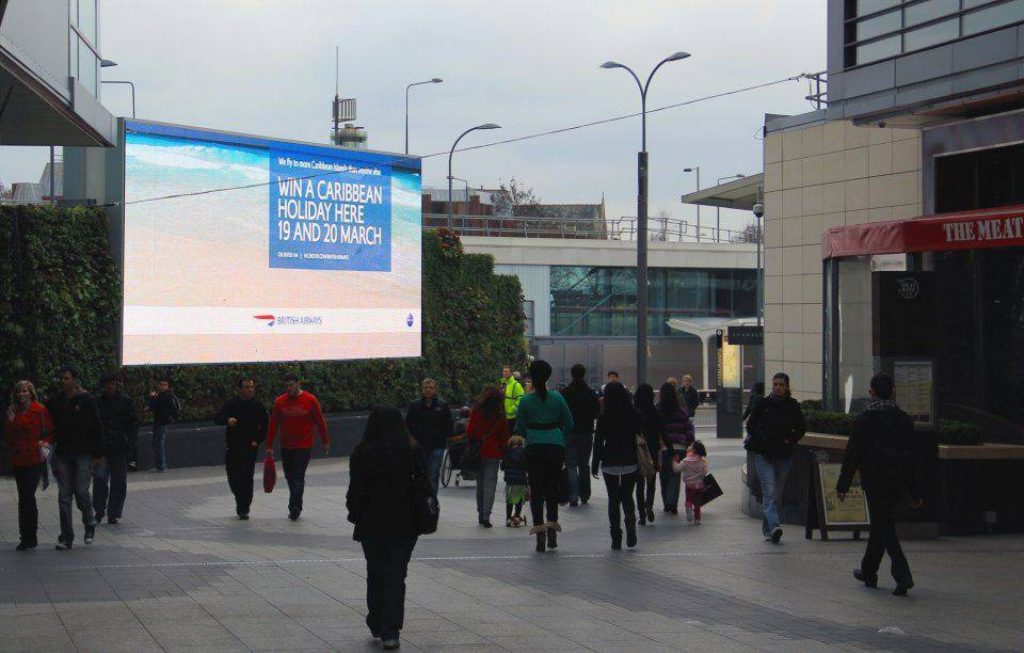 An award-winning, interactive, digital out of home competition, created for British Airways by BEING, is launched through Eat Street and the Westfield London portfolio this weekend (March 19 to 20).

The £250,000 live campaign, which promotes the fact that British Airways flies to more Caribbean destinations that its competitors, offers shoppers the chance to interact through live video feed, with holidaymakers on a secret island destination – and then join them for a free get-away.

The concept won first prize in Ocean Outdoor’s inaugural creative digital competition which invited creative gurus to come up with winning formulas which pushed the boundaries of digital outdoor advertising. The live, interactive and social concept from BEING, was judged the winner.

The campaign is co-ordinated by Kinetic.

“Today, people expect brands to behave socially, in real time and allow participation. Even “traditional” media needs to move in this direction. The work we have done for British Airways is a pioneering and creative stride in this direction and reinvents the idea of out of home,” said Indy Saha, Chief Strategy Officer, BEING.

The competition invites shoppers to interact with two holidaymakers as they relaxed on a beach. Players are able to text questions to the holidaymakers to try and guess which Caribbean island they were on.

Questions, such as what is the local drink, or what is the local time, are answered in real time by the holidaymakers, and a series of short videos give further clues as to their secret location, underlining further British Airway’s intimate knowledge of the Caribbean as a desirable holiday hot spot.

People who correctly guess the name of the destination are entered into a prize draw, with one lucky couple winning a seven night stay on the featured island, courtesy of British Airways. The winners will be announced on March 25 on BA.com and via Facebook.

To drive awareness, footfall and participation in the game, trailers have been created for Ocean Outdoor’s Westfield London sites to encourage shoppers to visit Eat Street over the weekend to take part in the game.

The campaign is supported by email, online, YouTube and cross platform PR activity, with players also able to participate via the British Airways Facebook Fan Page. There, they can watch the videos and make guesses.

“We recognise social media is a key digital touchpoint for our customers, which is why we are always exploring new ways to interact in this environment. This competition enabled us to create a new social media experience for our customers, combining live streaming and real-time participation to deliver a uniquely innovative campaign,” said Richard Bowden, British Airway’s Digital Marketing Innovations Manager.