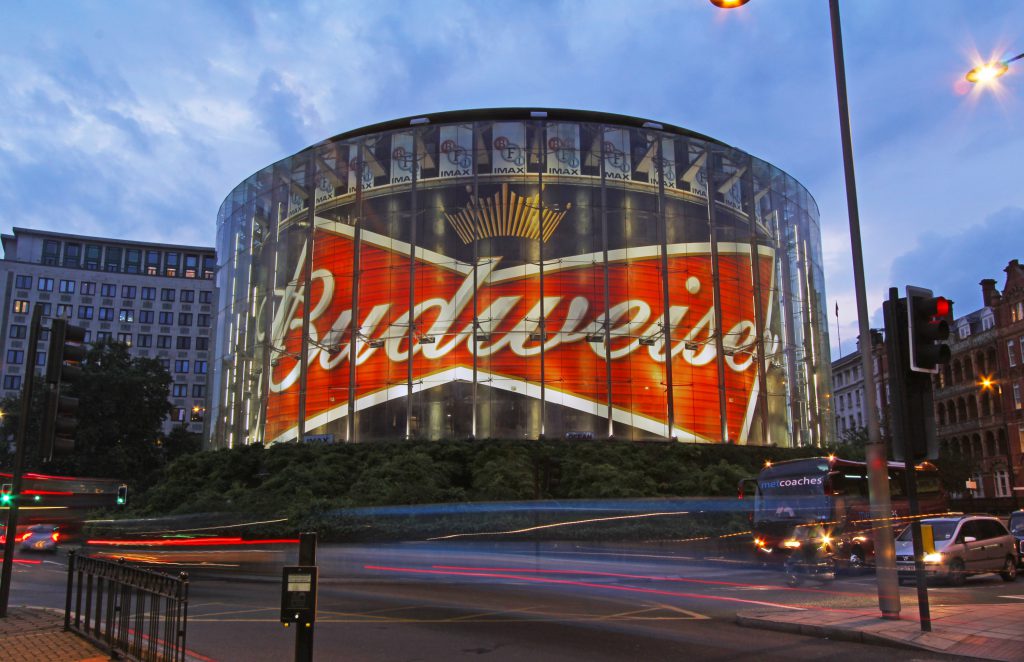 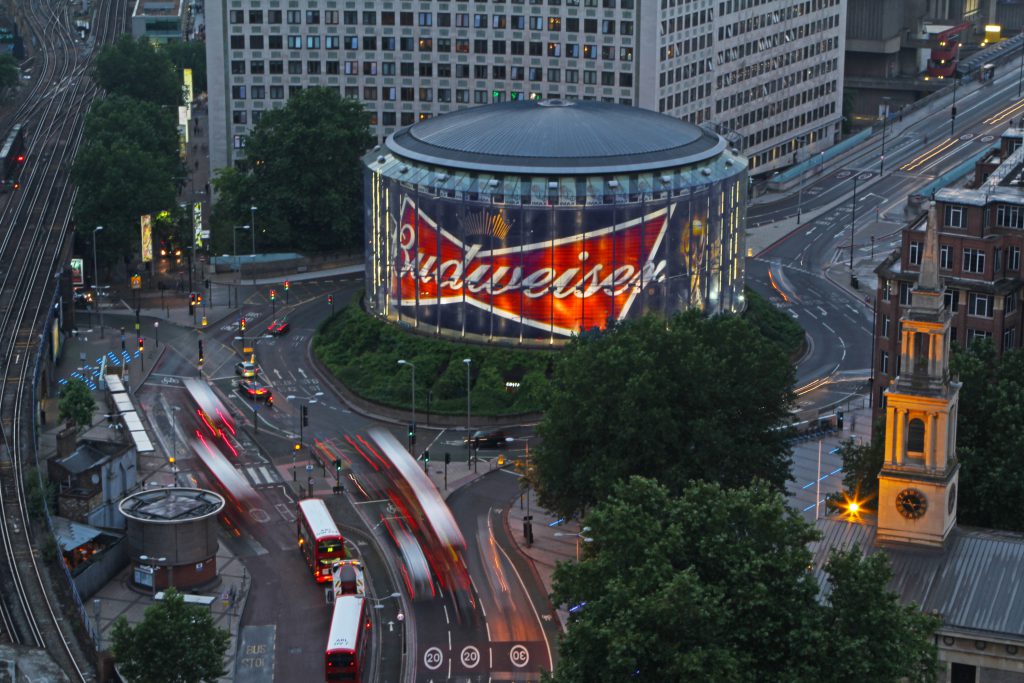 As part of their World cup activation campaign Budweiser became the first brand to use London’s IMAX as an experiential venue.

Inviting 400 trade partners and competition winners to watch the game on Britain’s largest cinema screen, Budweiser created an atmosphere that was as close to being at San Paulo without getting on a plane. After the result most England fans were probably happy that it was only a tube ride home!

The IMAX is regarded as a world class venue for brands to make world class statements and is now available as a fully integrated experiential location.

The combination of the UK’s number one out of home site, Europe’s largest advertising canvas measuring 1720sqm and the UK’s biggest cinema screen helped make a huge statement to Budweiser customers and a great nights entertainment. The exclusive pouring rights for Budweiser also probably helped ease the pain for the England fans.

The campaign was planned and booked through Vizium and Posterscope.