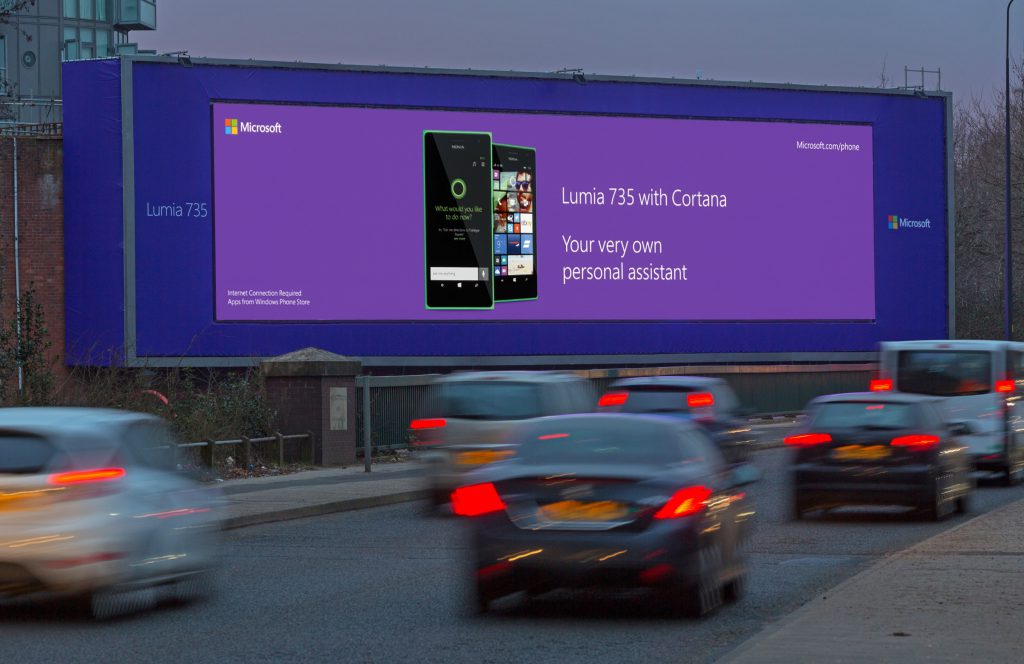 Measuring 141.2m2 and wrapped by a brandable vinyl surround, the Media Wall is the first of its kind in Manchester. The Wall is located in Trinity Way, delivering close to one million impacts per fortnight.

This is Ocean’s third full motion media wall in the UK and Manchester’s biggest full motion digital screen. The digital out of home operator has similar walls in Liverpool and London in premium out of home locations.

The Microsoft campaign showcases the Lumia 735 smartphone. The campaign, which was planned through Empowering Media, is also rolling out across Ocean sites in Liverpool and Birmingham.

Romy George, Empowering Media client director, said: “Sites of stature like the Manchester Media Wall demonstrate the rapid evolution of digital out of home, giving us a superb canvas from which to showcase the next generation Lumia smart phones in a dynamic, creative environment.”

Ocean marketing director Richard Malton said: “The addition of the Manchester Media Wall to Ocean’s portfolio is another step in the progressive roll out of DOOH across the UK.

“Our investment in the Wall delivers everything advertisers expect from an Ocean site; an iconic location, innovative design, the very best technology and above all a premium audience.”

Growing demand from advertisers for premium out of home space will continue to see the roll out of further large format digital sites this year and continued investment in the integration of new technology within existing Ocean locations during 2015.

Watch the launch video and find out more at www.oceanoutdoor.com/products/digital/manchester-media-wall/