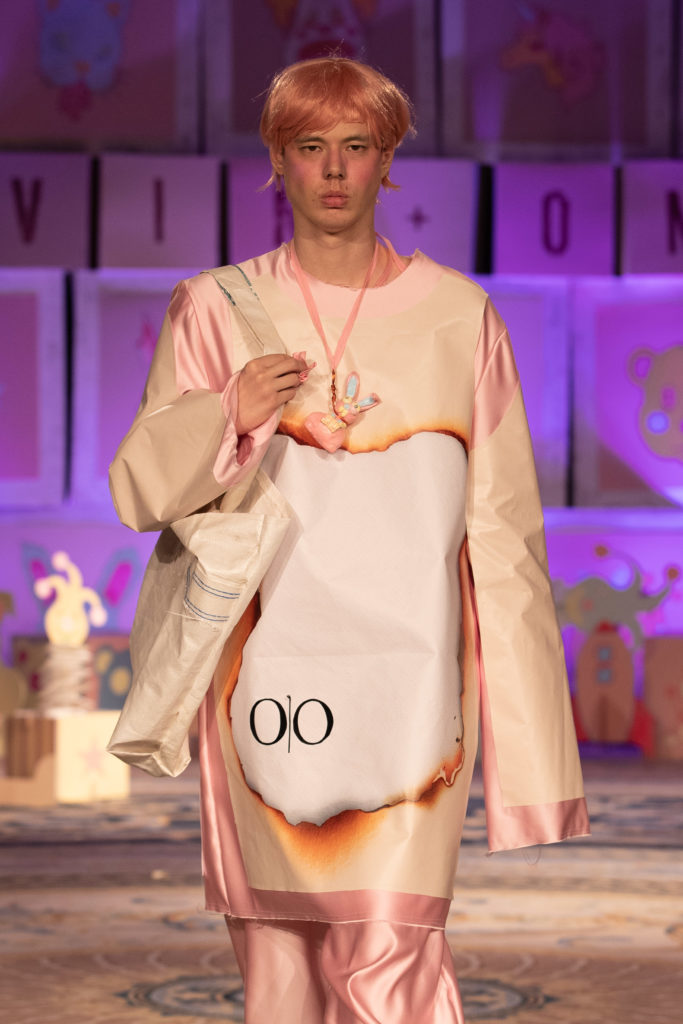 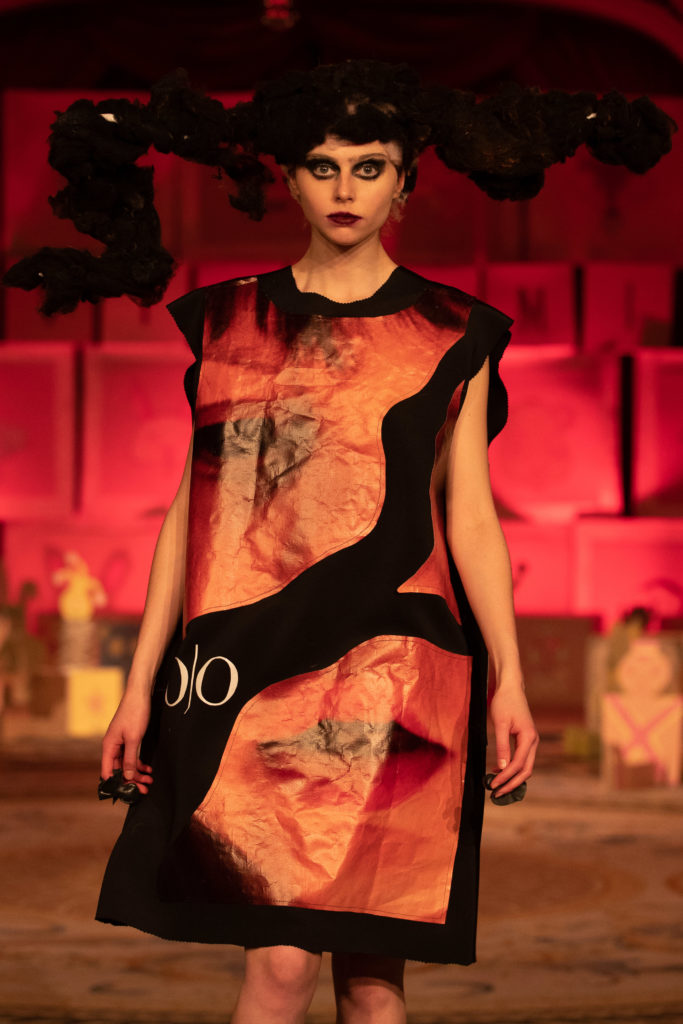 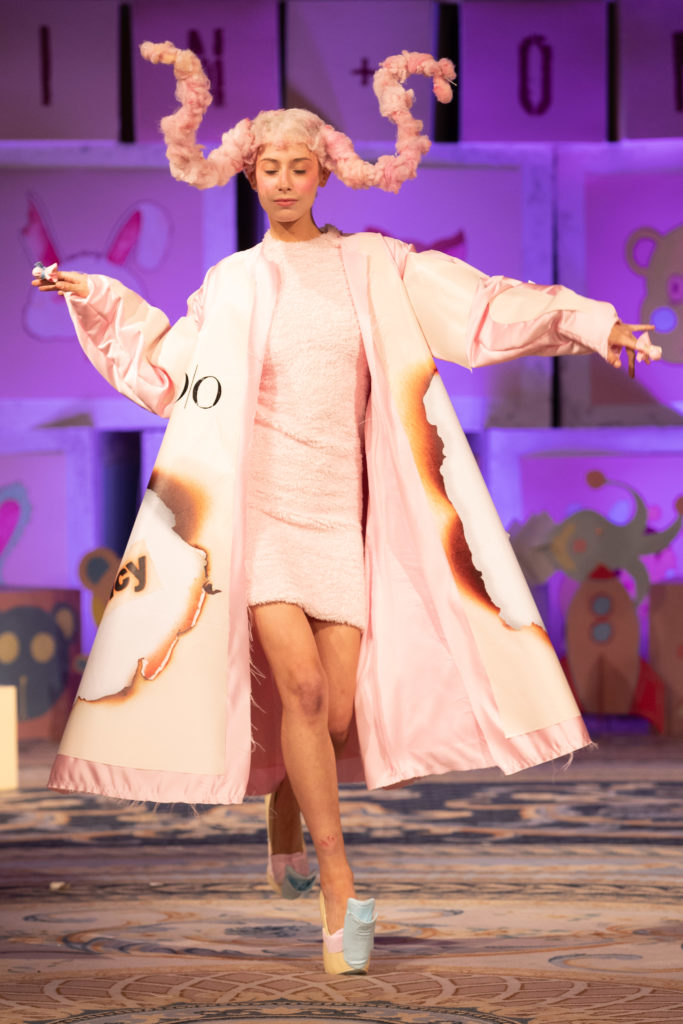 It’s hard to imagine how used vinyl advertising canvases can be turned into limited edition clothes, but Vin + Omi did just that for their AW2020 showcase for London Fashion Week.

A playful pastel-coloured ensemble accessorised with a pink wig, rabbit accessory and matching tote bag was designed to remind us of cheerier times when global climate change and environmental disasters didn’t trouble the national psyche so.

But don’t expect to see fashionistas wearing these little numbers anytime soon as they stroll along neighbouring Carnaby Street. Vin + Omi outfits are an environmental statement – that the core materials used to make mass-produced clothing are damaging the planet.

Other plastic had been made into silk like scarves knotted around the necks of the guest models who included the TV presenter Anita Rani, British boxing champion Richard Riakporhe and the environmental campaigner Jo Wood.

And nettles from HRH The Prince of Wales’s Highgrove Estate were woven into a foreboding finale dress with the name of the show’s theme, RESIST, running vertically down its front. So natural and raw are some fabrics used that they disintegrate as they are modelled.

The message is a fundamental one. RESIST what is WRONG.  The AW2020 collection, the third experimental collaboration with Ocean, was a vivid reminder from the people at the forefront of the sustainability moment that if you don’t fight for a cleaner, greener planet then the future for us all is a pretty dark and bleak one.

Sustainability is an issue Ocean is working hard to address by examining every aspect of the Art of Outdoor as part of our Ocean for Oceans promise. From January all sites operated and owned by Ocean are powered by green energy. And we aim to be 100% green by the end of this year.

To help spread the sustainability message, clips from RESIST are featuring on 38 Ocean digital out of home screens in eight UK cities, reaching more than 6.5 million people.