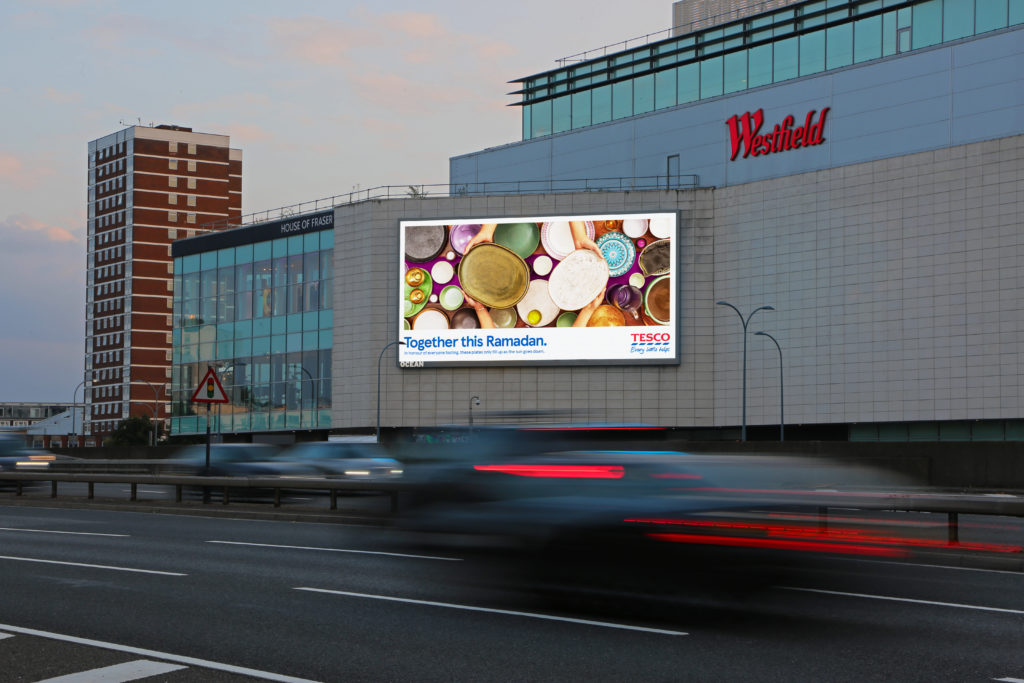 During the day, as Muslim families fast, the plates are empty Download 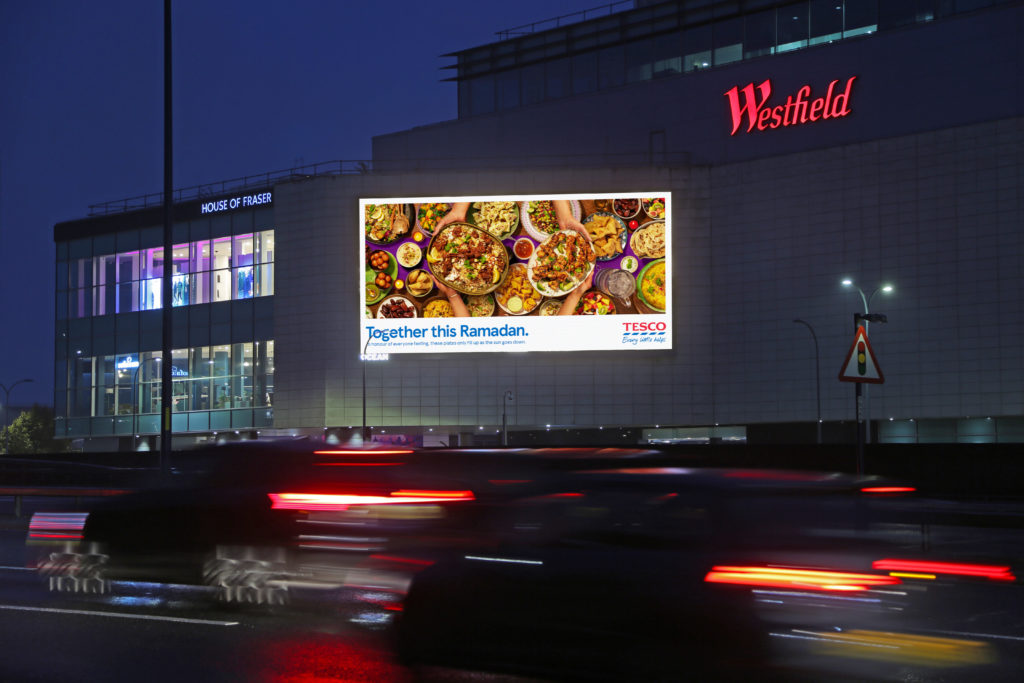 This week Tesco launched a new campaign on Ocean screens to celebrate the Muslim festival of Ramadan and educate passersby about one of the main traditions during the religious festival around food.

During the month of Ramadan Muslims don’t eat during daylight hours and at sunset they break their fast with a dinner enjoyed together.

Therefore, the screen shows empty plates with the caption ‘In honour of everyone fasting, these plates only fill up once the sun goes down’. When the sun sets the creative on the screen changes and the plates are suddenly filled with food to celebrate friends and family coming together.

The Muslim festival starts at a different time each year, as it follows the cycle of the Moon, and celebrates the month the Qur’an was first revealed.

A fantastic campaign which sits relevant to Tesco’s brand through the topic of food celebrates a different way in which people share food together.

It is also a great opportunity to open conversations and help people to understand who celebrates the festival and why.

A long-standing festival, this is a clever and eye-catching use of full-motion digital out of home to highlight Ramadan’s traditions in real time and catch the attention of people passing the screens.

Katie Garrard, Senior Account Manager at Kinetic, the out of home media buyer for Tesco, said “We’re really proud to have been involved in a campaign with so much attention to detail.

Thanks to our Journeys data, we were able to run the campaign on specific east facing billboards in targeted areas with high Muslim populations.

This, along with the slow reveal of the Iftar evening meal using clever dynamic digital creative helps Tesco create meaningful connections with their Muslim customers.”