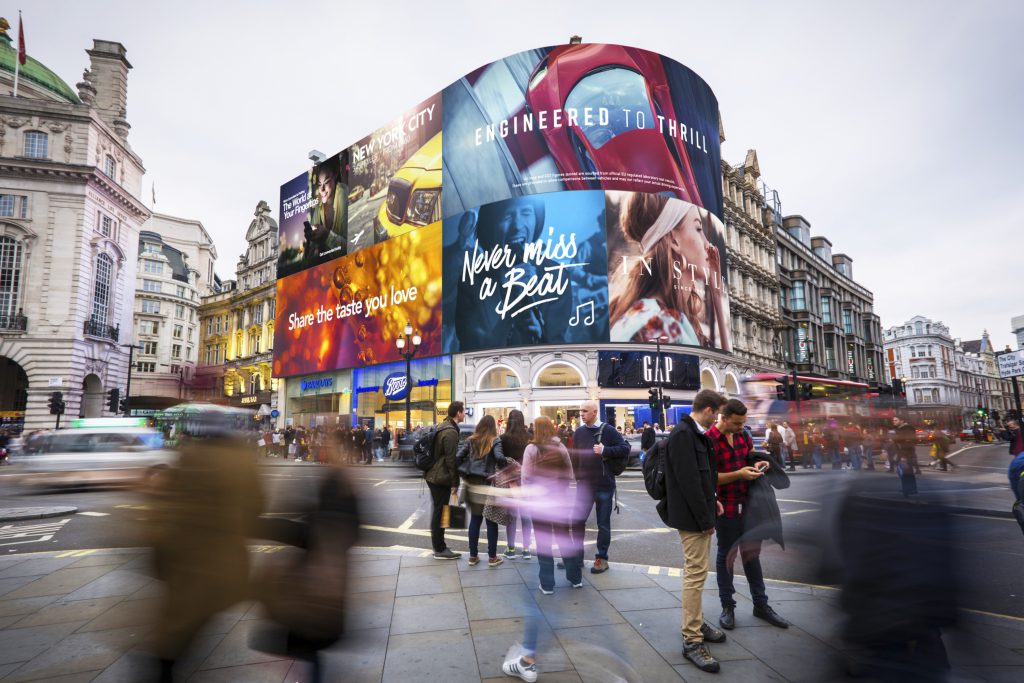 By Dino Burbidge, Director of Technology and Innovation, WCRS

It seems strange to refer to it as “old Piccadilly” but having seen the plans for the “new Piccadilly”, there’s no other phrase that fits. It’s not an update or an evolution, it’s a slap-in-the-face revolution in terms of creative possibilities.

As an agency, we’ve had the great privilege of running media on the old layout. It was in a looong rectangle. We definitely made the most of it, but there was no escaping the battle it had for attention with the main sponsors in their prime-time spots.

So, fast forward to the unveiling of the super-mega-jumbo-format Piccadilly Lights format. The creative possibilities started fizzing in my head. I hastily scribbled down five broad thoughts:

So that’s what was in my notepad after first hearing about the new format. There will definitely be more to come, the new Piccadilly Lights promising a heady feast of creative opportunities as we get to understand their power.

Never has the old adage been more appropriate; “It’s not how big it is, it’s what you do with it that counts!” Indeed.

To discuss your creative concepts email Dino.burbidge@wcrs.com or visit www.wcrs.com