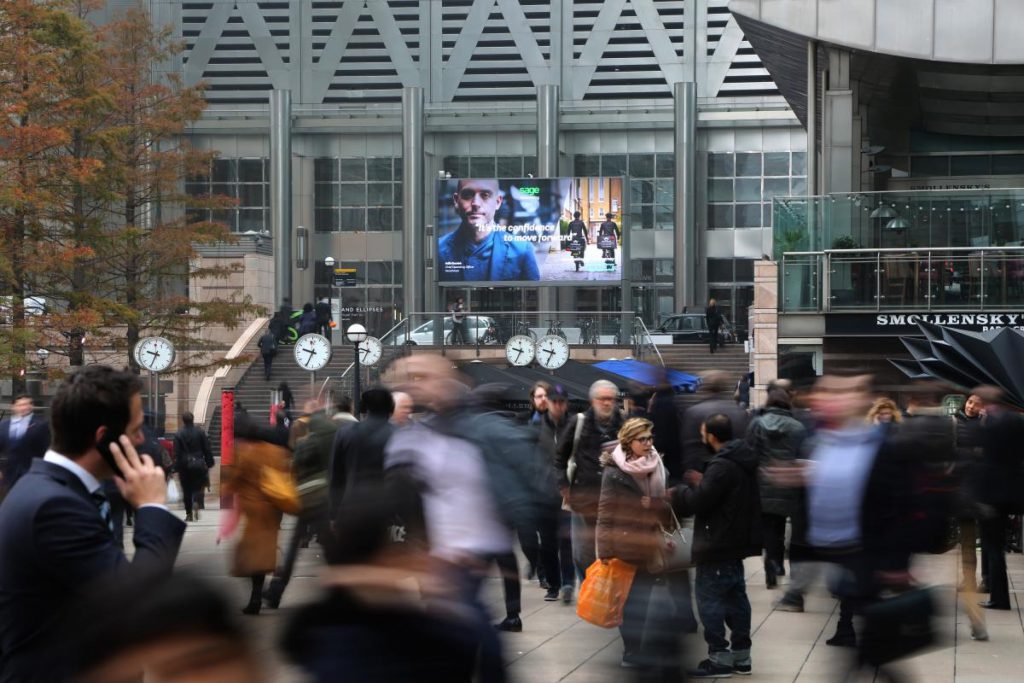 They may be ditching the old fashioned TV box in the corner for smaller, smarter, mobile screens.

But research shows that light TV viewers are increasingly switching on to the broadcast power of DOOH which is growing as a conduit to deliver live, broadcast content which connects them to brands via mobile search.

This news is evidenced by a new Ocean study which reveals how a powerful and growing synergy between DOOH and smartphone users is improving brand-building opportunities and boosting campaign effectiveness.

These people have a close and emotional attachment to their phone and mobile is their medium of choice to connect and look for information.

Ocean has already established through our Neuroscience study that large format DOOH primes mobile campaigns. And in an age of snapping, searching, sharing and shopping, DOOH is also the only digital medium which can’t be avoided through the use of adblockers.

Research shows that 17% of UK ABC1 adults have used an adblocker on their smartphone. The younger groups are even more likely to install adblockers, with 24% of 25-34s and 21% of 35-44s claiming to have used adblockers on their mobiles.

MediaTel has surveyed more than 2,000 light TV viewers to discover how this multi-screening group interacts and consumes DOOH content when they are out and about.

This was a continuous survey with fieldwork in three bursts from May to August 2015, September to December 2015 and January to June 2016.

The study offers six key takeaways which show why brands should be streaming content via DOOH:

#1 – Light TV viewers in London are 228% more likely to watch interesting live content that they can’t access anywhere else at that time, an increase of 34 points from 2015 W2.

#2 – On average, 76% more say they notice large digital screens whilst out shopping, compared to the UK general public.

#3 – Light TV viewers in London are 344% more likely to respond to an offer from a digital screen using their mobile or tablet, an increase of 109 points from 2015 W2.

#4 – On average, 34% more say relevant content on DOOH screens encourages them to visit a store.

#6 – On average, 77% in London more say relevant content on DOOH screens encourages them to visit a website.

Big news then for brands who want to connect with light TV viewers with broadcast style content at crucial moments in the see now, buy now customer cycle.