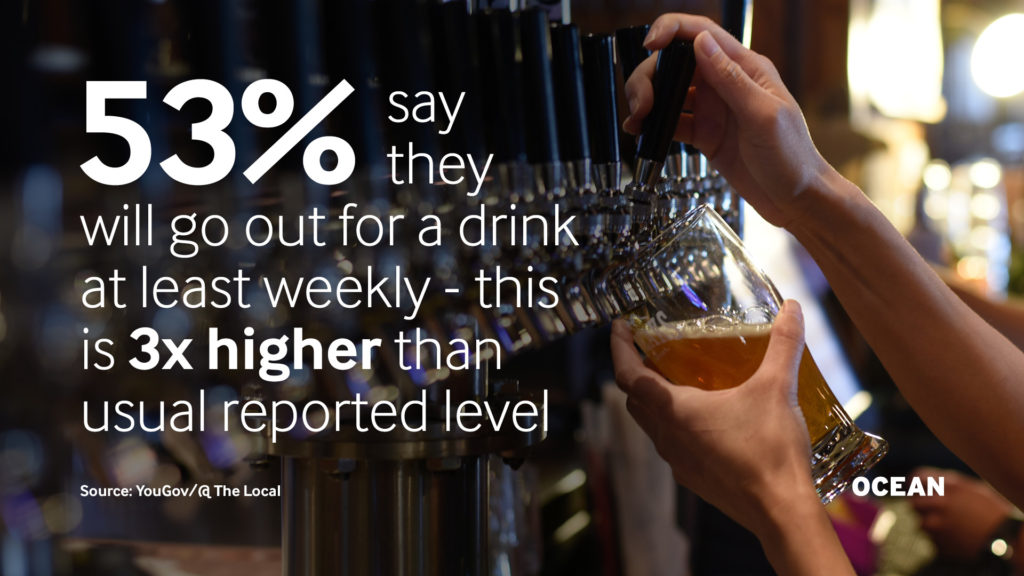 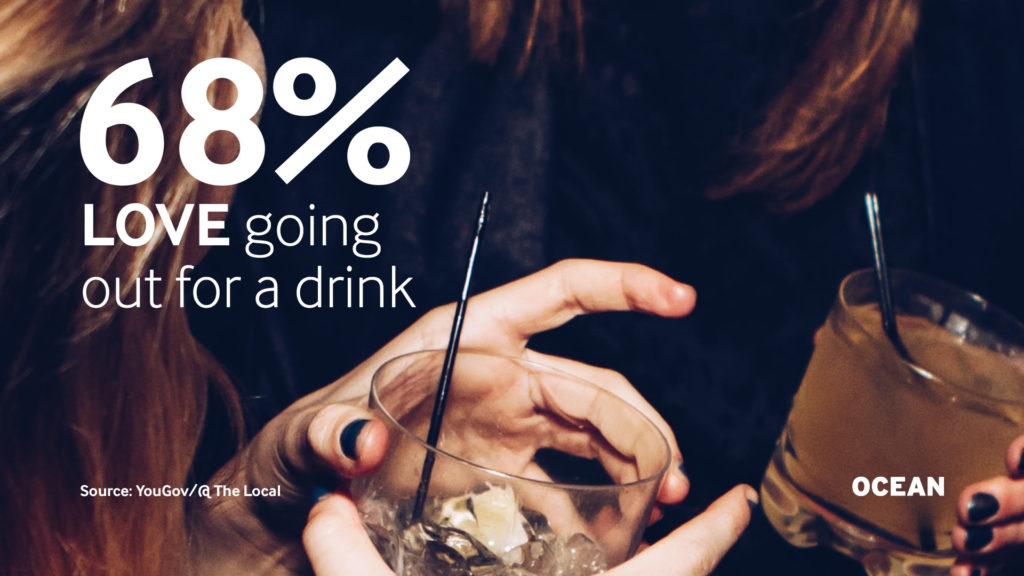 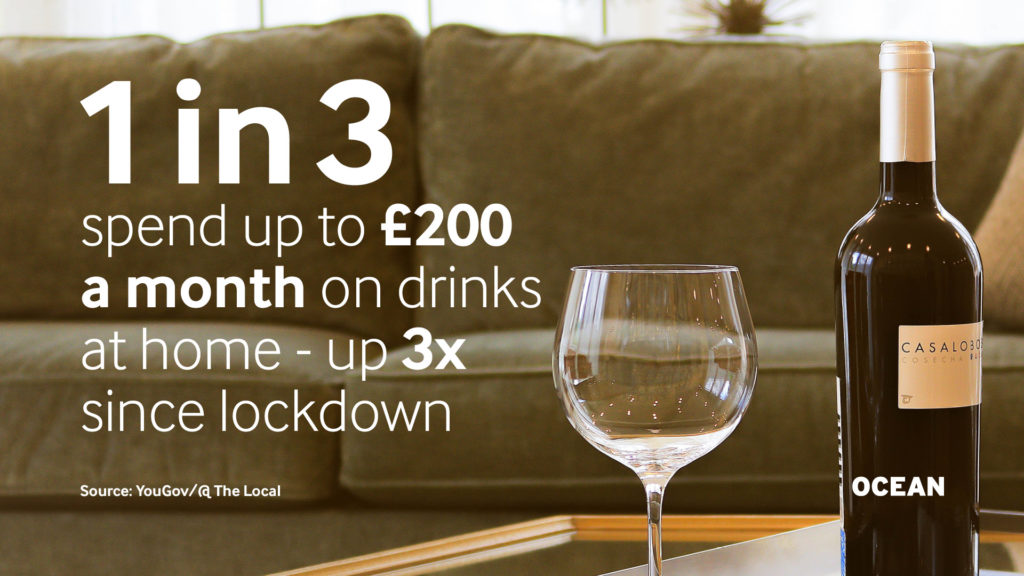 The Golden Lion, The American Bar, The Clachan, The White Horse or Shampers, all hostelries across Mayfair or Soho that the Ocean team could be found after hours (sometimes during hours) living the Ocean mantra of work hard, play hard.

But Covid brought that to a crushing end and sadly brought the already hard pressed drinks and hospitality industry to a grinding halt at a key period of the year.

It will need the British public to make a brilliant effort and do their bit to restore some great British brands and businesses by “getting out there” and having a drink or two.

Luckily, according to Ocean’s online community @TheLocal it looks like the British public are more than up for the challenge.  With a thirst quenching 30% of our community saying that the thing that they are MOST looking forward to above anything (visiting family included) is going to a pub or bar. Bravo to the British public demonstrating a stoicism that we have as a nation become known for and it gets better for the drinks industry.

The anticipation from  lock down will lead to a change in drinking habits, certainly in the short term with 53% saying they will be going out weekly which is 3 times greater than YouGov reported prior to lock down.

But it’s not just going out that offers drinks brands the opportunity to drive their sales. Drinking habits and acceptance levels have changed since lock down with 76% of @TheLocal saying they love drinking at home which is a 300% increase on pre Covid days according to YouGov.  Nearly 40% of ABC1’s saying they drink at home 2 to 3 times per week and the levels of expenditure on drink for home consumption has again seen a 3 fold increase.

So without doubt the drinks industry has had a very tough time in certain areas but the story is a story of resilience and changing habits. Habits which Out of Home play a huge role of influence wherever drink is being consumed and at wherever the point of purchase is.

NOTE: The author reminds people to drink responsibly or to find a friend to get them home or put them to bed safely.