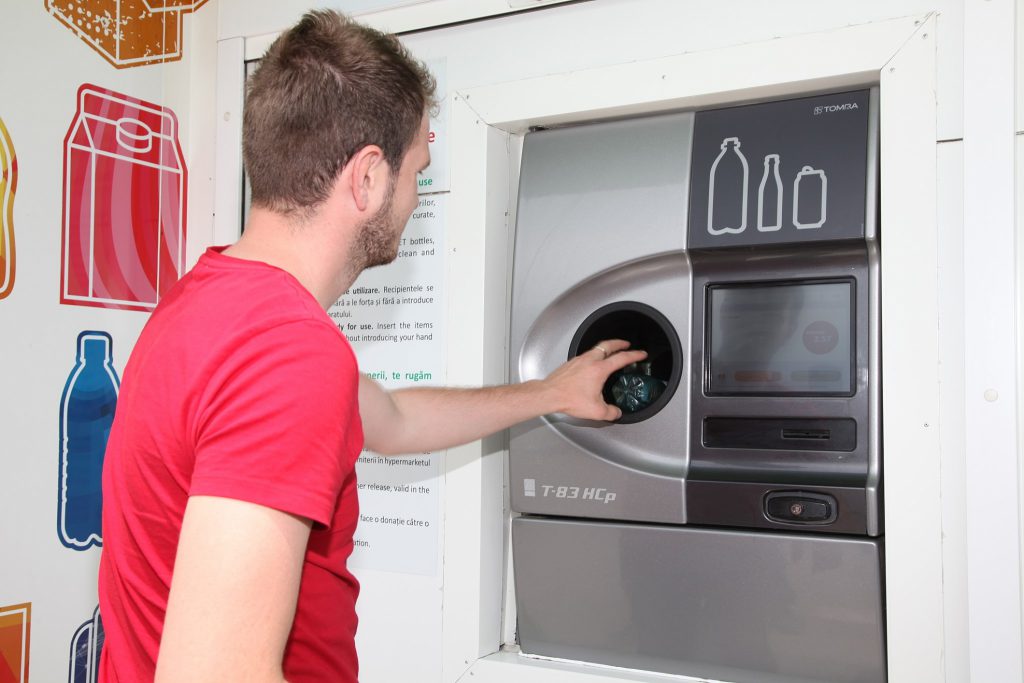 Wouldn’t it be great to get some cash back for all of your efforts at recycling? The Deposit Return Scheme (DRS) enables you to receive money back for returning used cans and plastic bottles. It’s a win-win system: you win and the environment wins!

Thirty five million plastic bottles are sold in Britain every day, 43% of which escape the current collection systems. These often end up in our oceans, breaking down into smaller and more problematic pieces – microplastics.

The Marine Conservation Society’s study tells us that drinks containers such as plastic bottles and aluminium cans are in the top 20 litter items found on UK beaches and that’s increased by 4% since 2015.

These alarming facts demand action. We can and we must do more to tackle the tragic reality of deadly plastic polluting our oceans. But what can we do? The Deposit Return Scheme is part of the solution.

This system has already proved its efficacy in reducing littering, increasing high quality recycling and reducing costs for local authorities – what’s not to like about it?

How does DRS work?

Samantha Harding, litter programme director at the Campaign to Protect Rural England (CPRE) explains: “For example: if you buy a bottle of beer from your local supermarket, or a single plastic bottle from your newsagent on a hot day, you hand over 15p per bottle at the till. Then, when you return your bottle to a recycling point at your local supermarket or shopping centre, you get your 15p back.”

The process is very simple and involves only three easy steps:

What are the DRS’ benefits?

More than four million plastic bottles a week wouldn’t end up littering our streets or marine environments if authorities implement this programme.

A report commissioned by Keep Britain Tidy, the Marine Conservation Society, Surfers Against Sewage, Campaign to Protect Rural England and Reloop shows that England’s councils could save £35 million a year by reducing levels of littering and landfill charges as well as having fewer recycling bins to collect.

Hugo Tagholm, from Surfers Against Sewage, said: “This report now clearly shows that introducing a DRS for England would also benefit local economies and communities, saving councils money that could be redirected to vital frontline services.”

In more than a dozen countries, this is normal practice which has led to bottle recycling increasing massively. Here are three successful case studies:

1) In Germany, 99% of drinks containers are returned by consumers.

2) In Sweden, the recovery rate has been above 80% since the introduction of Deposit Return Systems dating back to 1984.

3) In Finland, the return rate is 90%, meaning 1.7 billion cans, plastic and glass bottles are returned annually.