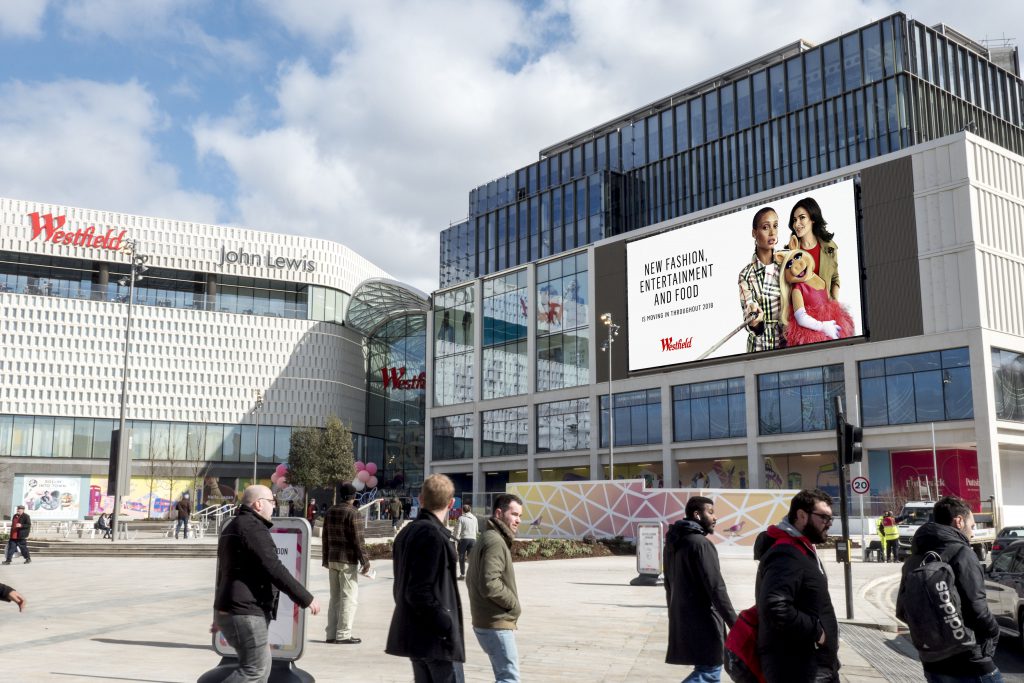 Shoppers flocked to the new stores, as Westfield continues to offer the lowest reliance on peak hours than any UK OOH environment.

Hailed as proof of “the resilience of London” in the face of Brexit, the launch of this second phase of Westfield London brings 80 new shops and restaurants to White City. It will in time host Ichiba (the biggest Japan Centre in Europe) and Putt Shack, a ‘world first’ in social entertainment.

Home to an annual spend of £3.2 billion, Westfield London and Stratford City combined are the second largest UK retail centre; with this Phase 2 expansion, the addition of 1,500 new homes and developments for the BBC and Imperial College we expect this success to continue well into the future.

The launch has been covered in The Times, Evening Standard and The Independent. For an in-depth look at the development, including expected footfall, audience profiles and Westfield records, read our recent Ocean “Talks” article by CMO Richard Malton.