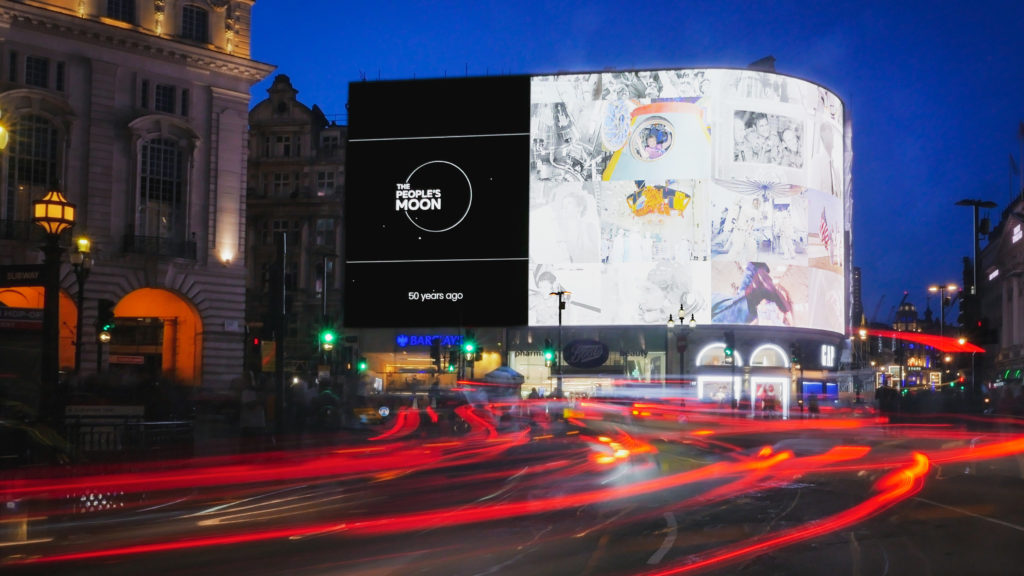 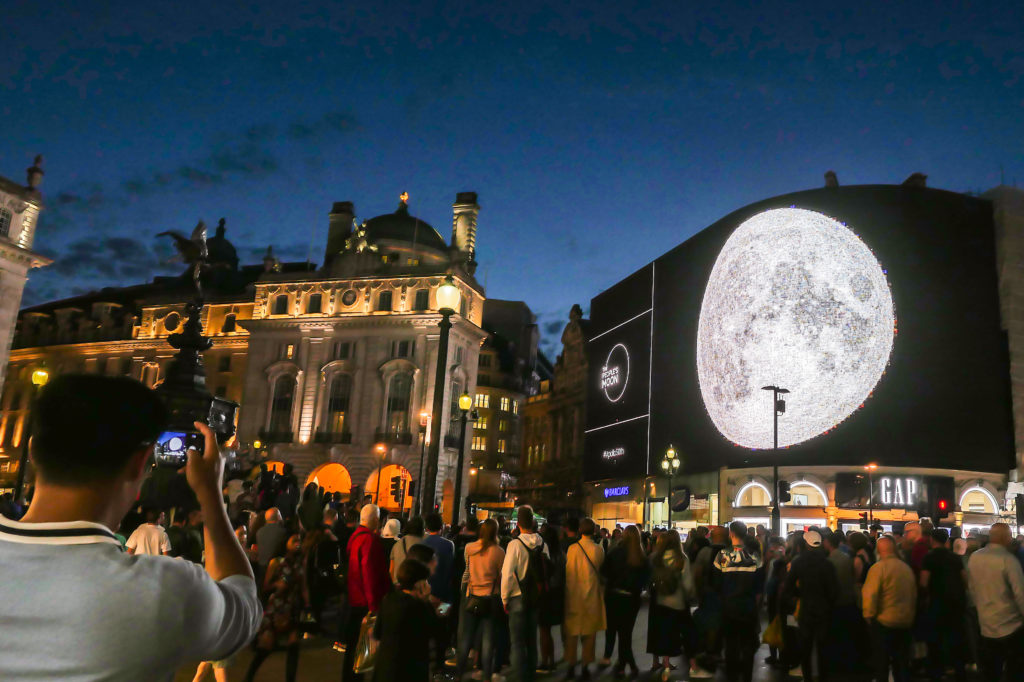 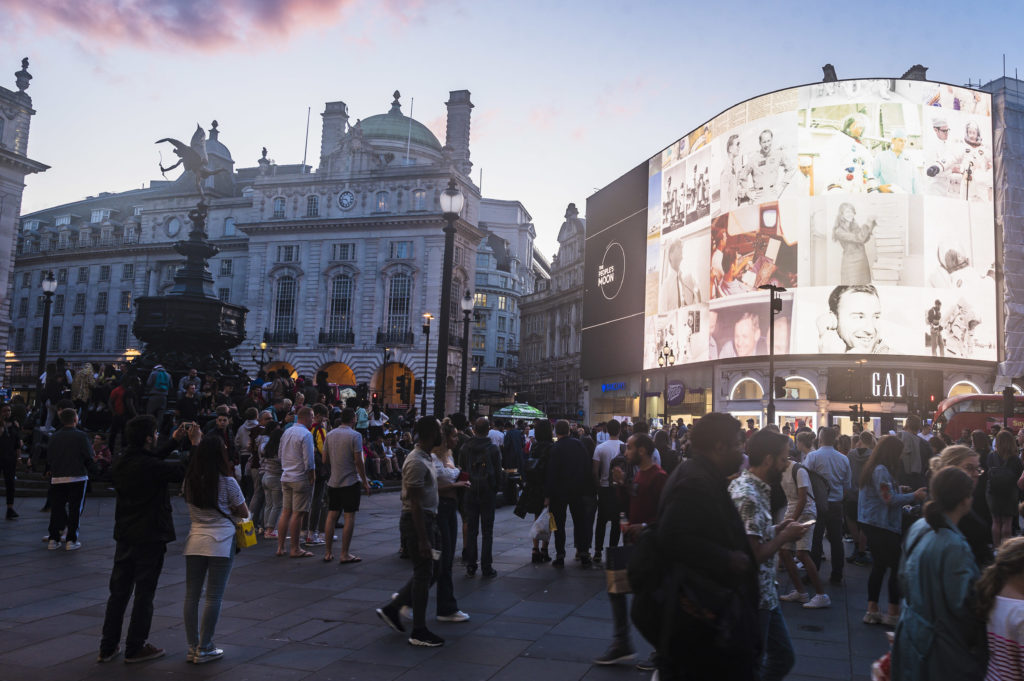 On Saturday (July 20) Piccadilly Lights in London marked the moment Apollo 11 landed on the Moon in an interactive collaboration presented by Landsec, digital out-of-home (DOOH) operator Ocean Outdoor and The People’s Moon.

The historic mission was showcased with a visual spectacle, combining user generated visuals from the public and historical film footage created by The People’s Moon.

From 9pm to 10pm on July 20, public submissions to The People’s Moon project, founded by the London artist Helen Marshall, formed a giant photographic mosaic on the Piccadilly Lights.  It was displayed at the exact hour 50 years ago that Apollo 11 landed the first people on the Moon.

The mission, which launched from the Kennedy Space Center on July 16, 1969, carried astronauts Buzz Aldrin, Neil Armstrong and Michael Collins to the moon, where Armstrong took the historic first steps.

Rosalyn Mackway, Ocean’s business director in brand partnerships, said: “This is digital out-of-home at its best.  Using an historic moment in time to create a unique experience, supported by London’s iconic Piccadilly Lights is an amazing opportunity to capture public interest with engaging and inspiring content. The brands that we have on the Lights this week also shows our ability to pair with relevant advertisers for moments that matter.”

Helen Marshall said: “Everyone on Earth has a dream. The idea behind The People’s Moon is to come together to inspire the world to dream the impossible again. We want to encourage people from around the world to be a part of our grand endeavour to create a giant art installation revealing an iconic image of the Apollo 11 Moon landing, made up of thousands of photos submitted by the public.”

Derek Manns, digital advertising manager at Landsec, said: “Piccadilly Lights is renowned for capturing the eyes and minds of over 300  million people that pass through Piccadilly Circus each year. This interactive experience from The People’s Moon is a great opportunity to unite people all over the world, and we’re excited to be part of the celebrations for this inspiring moment in our history.”

The photo mosaics will have a permanent home on www.ThePeoplesMoon.com until 2024, the year humans will return to the moon, including the first woman to walk on the lunar surface.

The Piccadilly Lights are marketed and operated by premium digital out-of-home media provider Ocean Outdoor on behalf of Landsec. The digital content concept was designed by Ocean Outdoor and the 4K display solution was designed and manufactured by Daktronics.