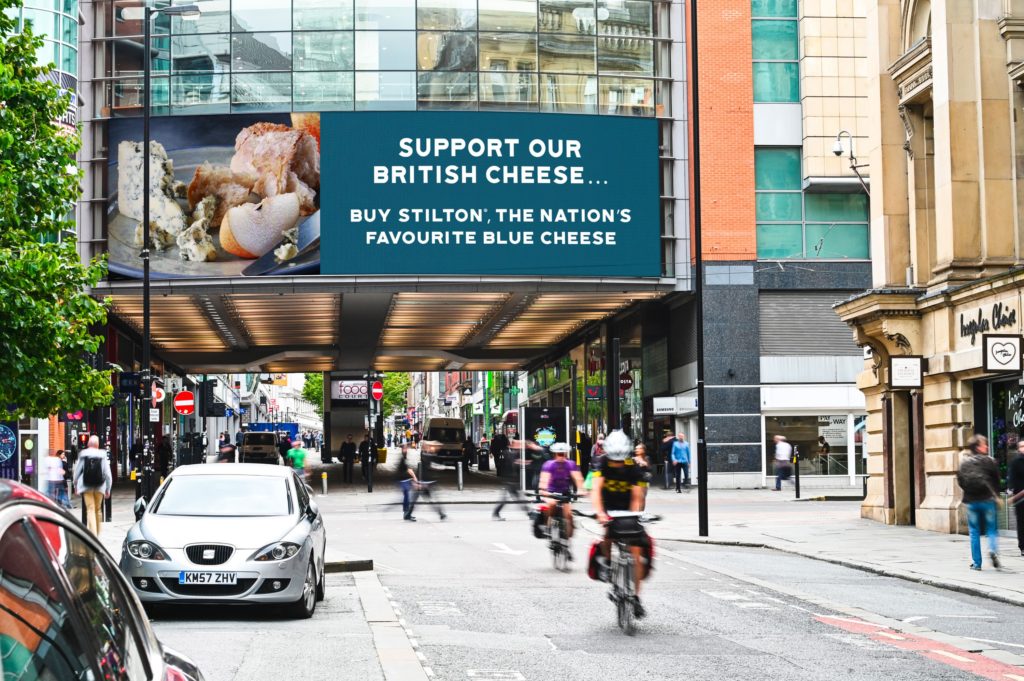 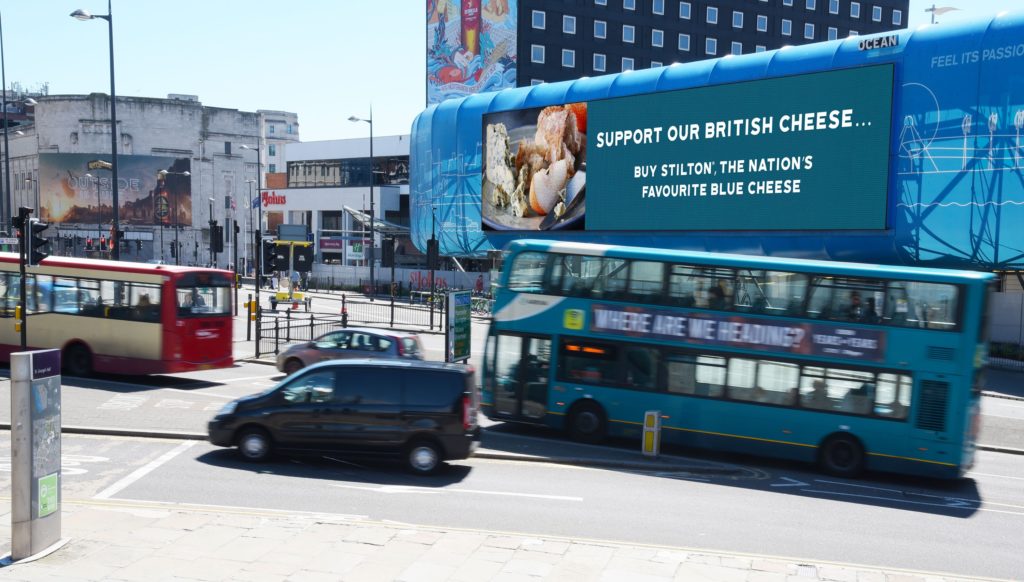 Ocean has pledged its support for Stilton® by providing the Stilton Cheese Makers Association (SCMA), which represents the UK’s Stilton producers, with more than 20 high profile sites around the country for two weeks from June 1.

The SCMA is using Ocean screens to encourage British consumers to buy Stilton® to support the producers and the 70 farms which supply the milk. As a result of the coronavirus crisis, sales have declined by up to 30% due to the closure of the country’s hospitality and events industry, farmers markets and also the lockdown of export markets.

To protect such an important part of the UK’s cheese-making heritage, the SCMA is calling on consumers to buy Stilton® rather than continental blue cheese, reminding them that it is as versatile as any blue cheese from France or Italy.

Stilton is the UK’s most popular blue cheese, which was first written about by Daniel Defoe in the early 18th century and now holds a unique status in British culture – it is the only cheese in the UK with a certificated trademark to protect its British heritage, so it can only be made following a time-honoured tradition. It was the first British cheese to be awarded the protected designation of origin status (PDO) giving it the same status as champagne.

Robin Skailes, chairman of the SCMA and director of Cropwell Bishop Creamery, said: “We are very grateful to Ocean Outdoor and their support. We want to remind consumers of the versatility of Stilton, whether it is paired with food and drink or used as a cooking ingredient and encourage them to buy and try this great British cheese.”

Ocean Outdoor regional sales director Keith Crisp said: “After reading a BBC News report that sales of Stilton had declined 30 percent, throwing into doubt the future of cheese producers and farmers, we knew we had to help out. Our advertising screens are positioned in prime roadside and city locations making them the perfect vehicle to help rally the nation and save our Stilton, the king of British cheese.”