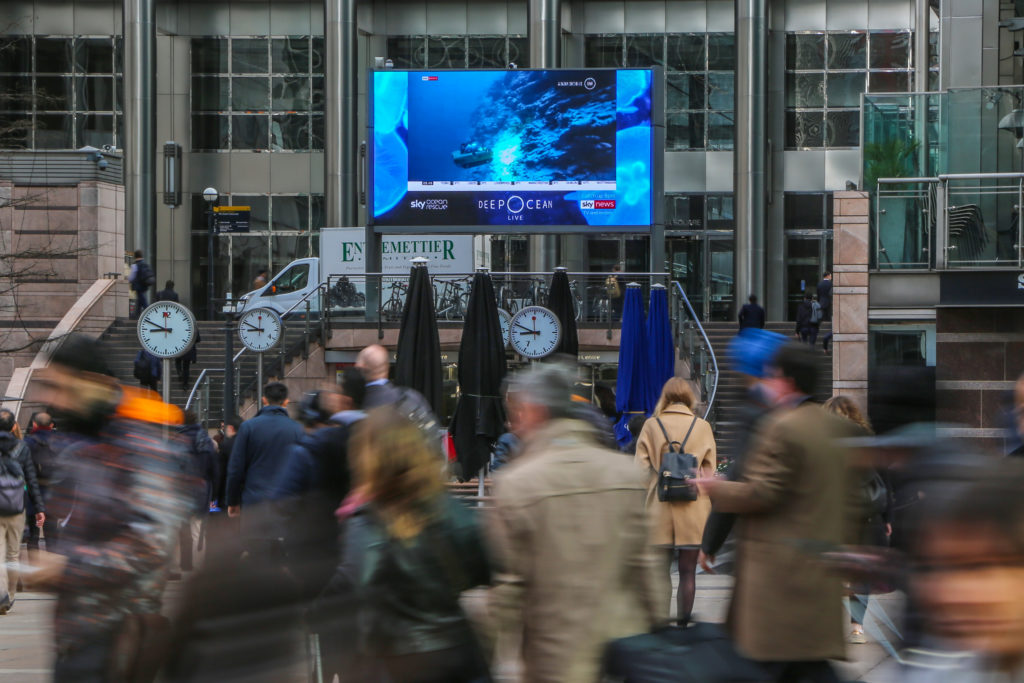 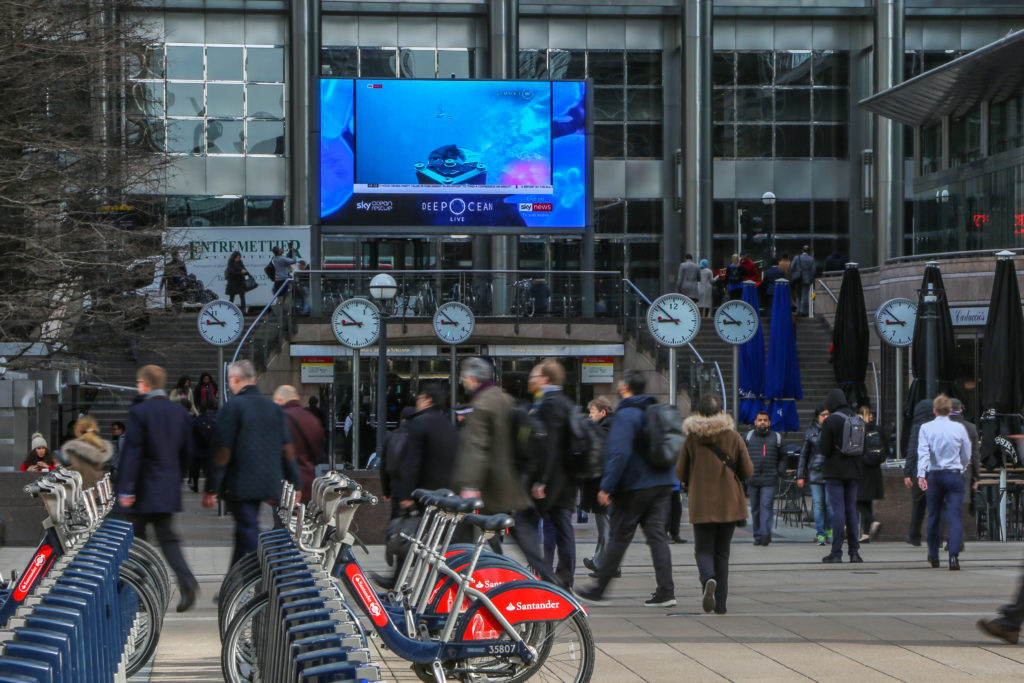 In a world media first, Rapport has partnered with Sky News, Mediacom and Ocean to live stream from the depths of the Indian Ocean, the least explored waters on the planet.

This is the first time news bulletins have been broadcast live from 300m under the sea to an outdoor screen.

Sky News’s Deep Ocean Dive project is an underwater scientific survey to search for new forms of life and discover the true extent of human impact on our oceans.

The mission, called First Descent, takes scientists to the twilight depths where sunlight barely penetrates, but thousands of undocumented species could flourish. Climate change, overfishing and plastic pollution are all major threats to the biodiversity of the reefs under the Indian Ocean.

The idea of a live stream to Ocean’s digital outdoor screens came from Rapport, who decided to partner with us as part of our Ocean for Oceans initiative which aims to eradicate the use of single-use plastic and the damage it does to our oceans by encouraging the rest of the world to do the same.