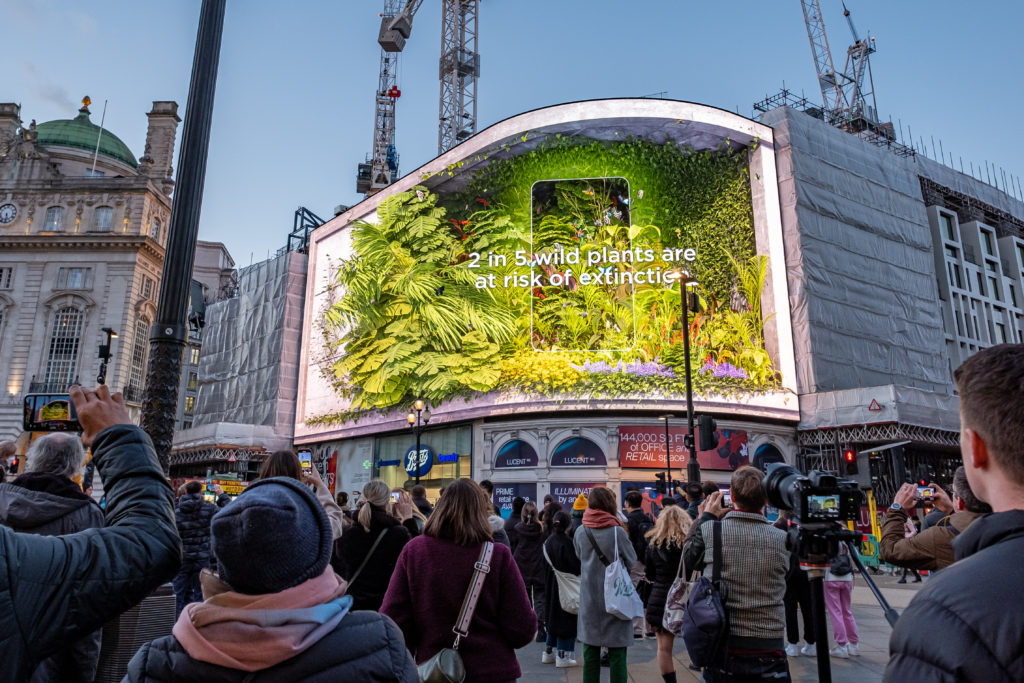 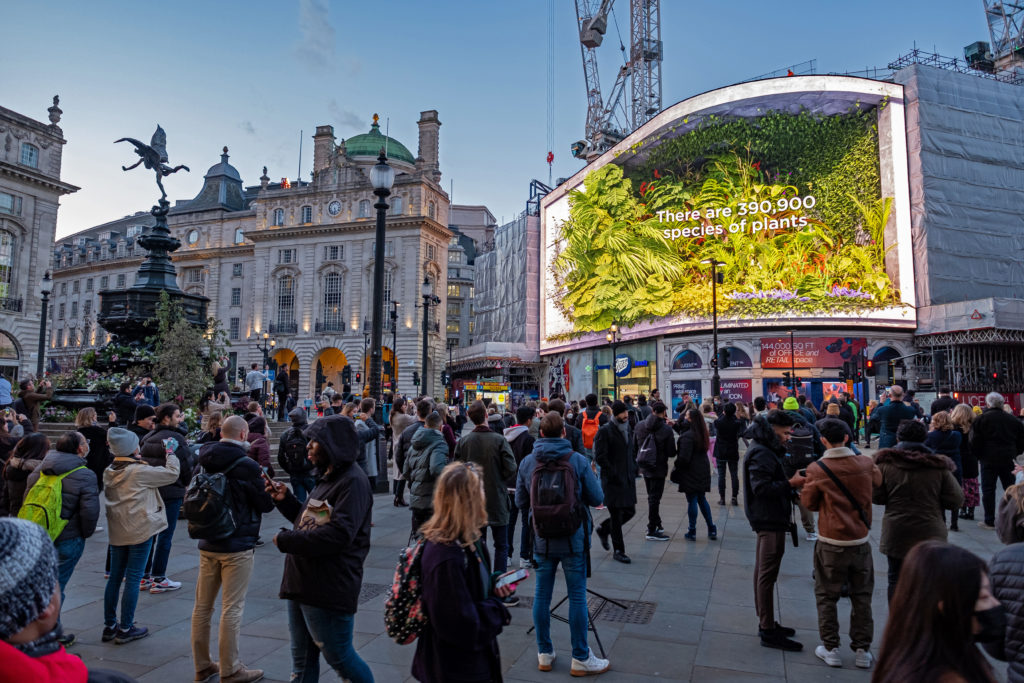 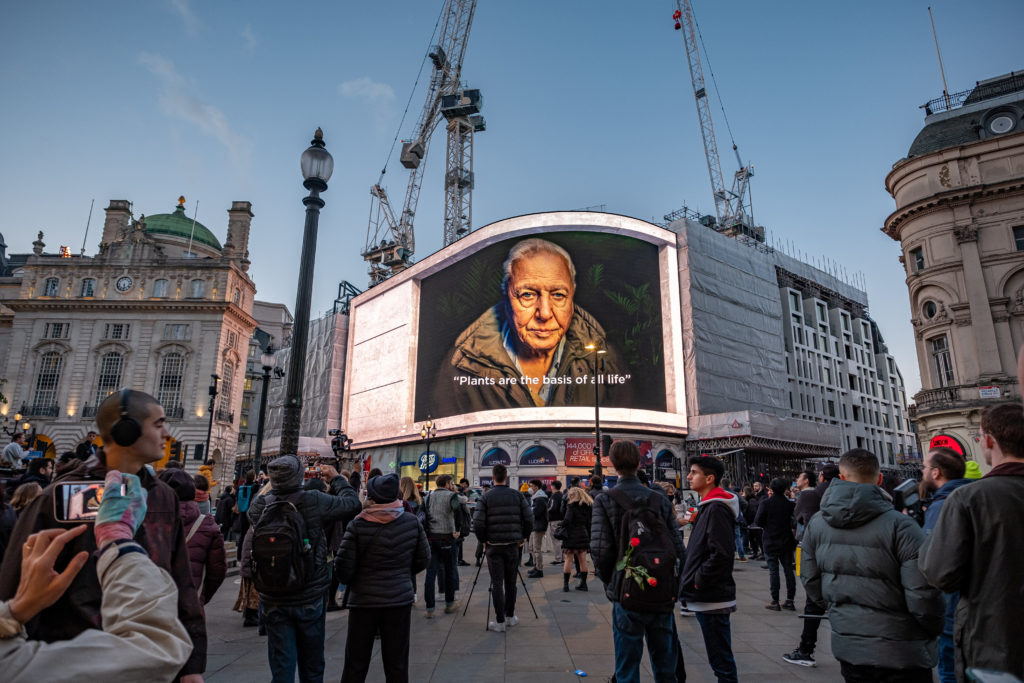 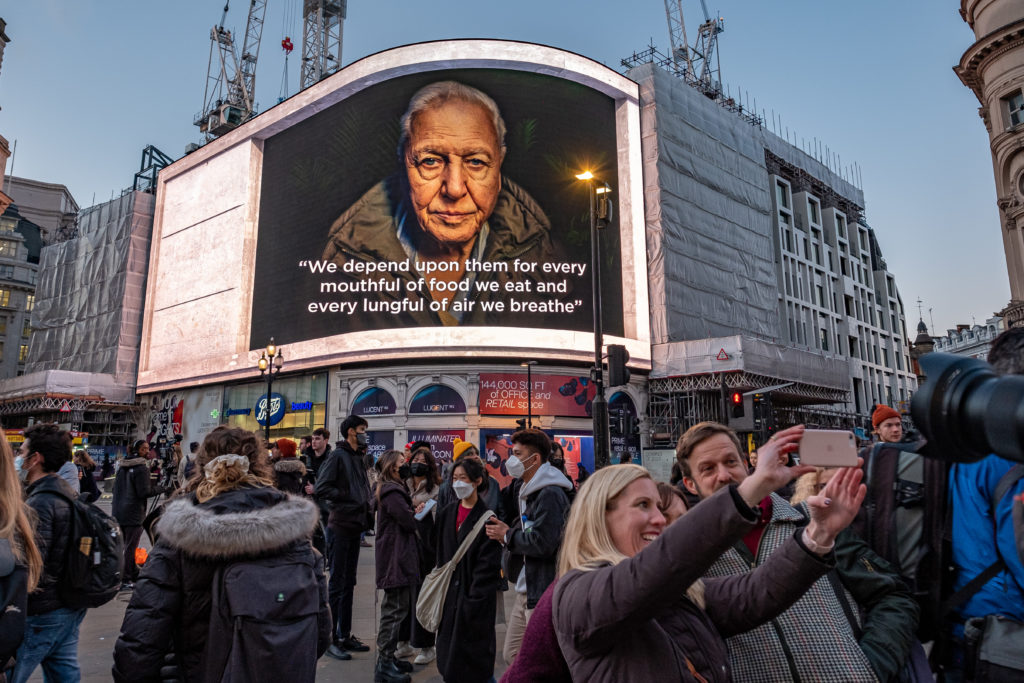 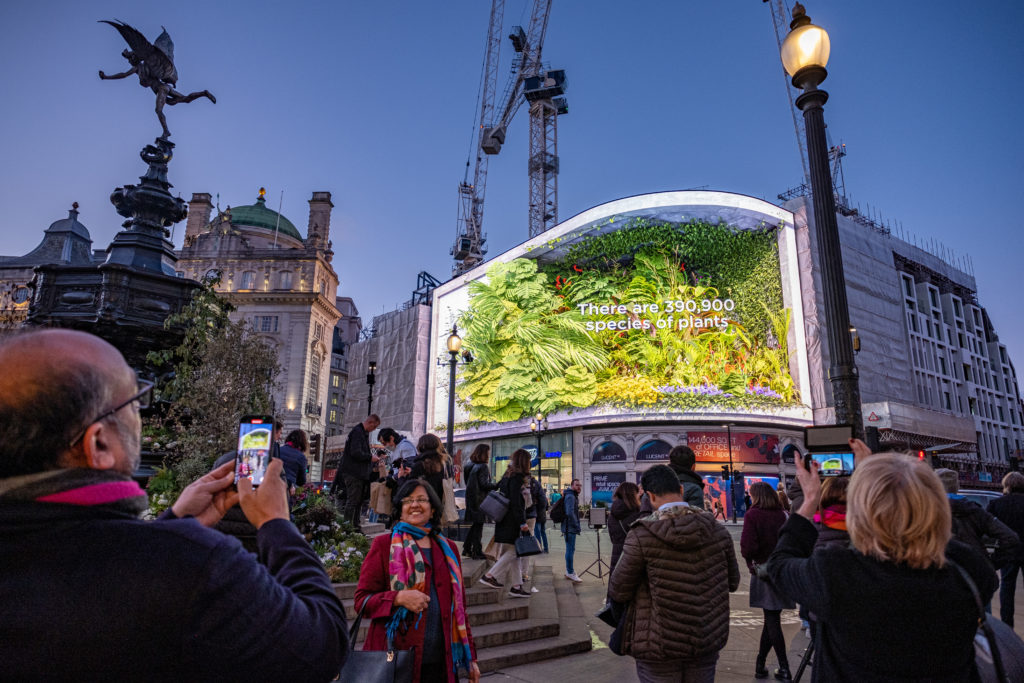 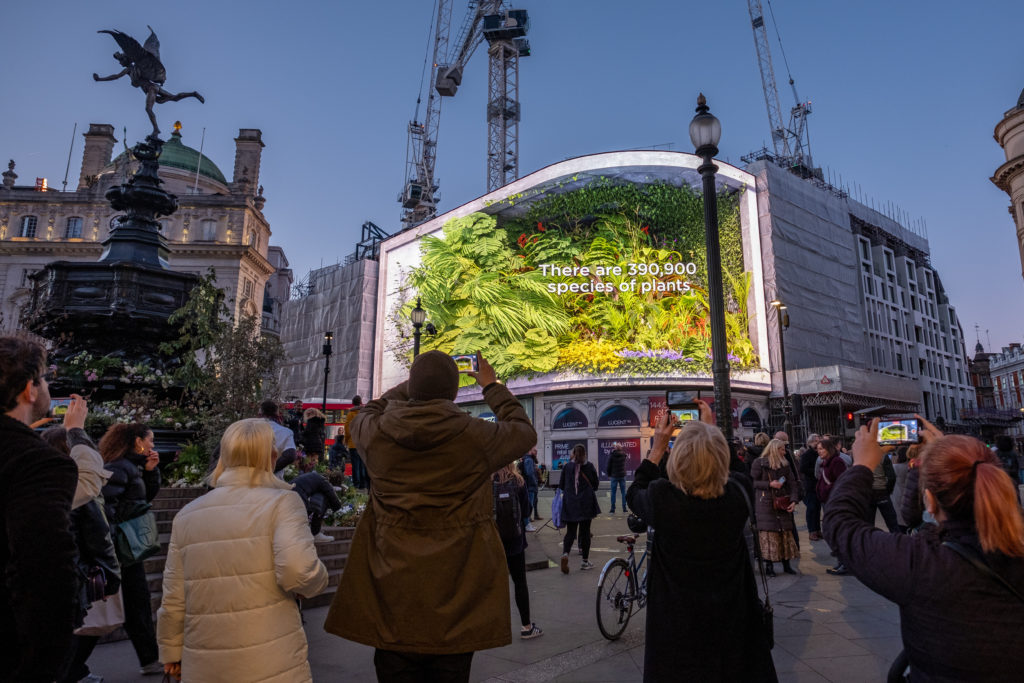 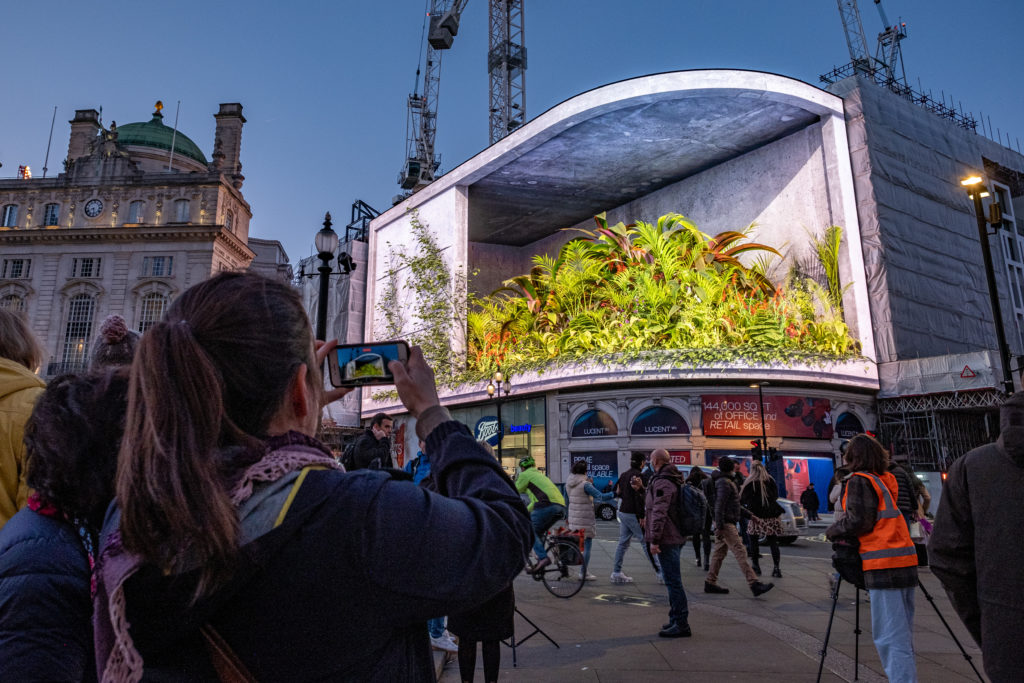 As dusk set in the capital, the 20 minute takeover saw the celebrated naturalist dominate Europe’s largest digital advertising display to remind passers-by that plants are the basis of all life, are the heartbeat of the planet, and that humanity depends upon them for every mouthful of food and lungful of air.

The giant 3D animation then saw an entire concrete backdrop gradually burst into green life – with an abundance of foliage eventually covering the iconic screen.

And Attenborough’s message, carried using Ocean’s 4K DeepScreen™ technology on the moving billboard that’s bigger than a tennis court, was clear: “We must now work with plants, make the world a little greener, a little wilder. If we do this our future will be healthier, safer and in my experience, happier.”

In the fifth and final episode of The Green Planet broadcast on February 6, Attenborough was seen visiting the iconic London intersection to reveal how, even in such a hostile urban location, plants still manage to survive and thrive in spite of the city’s inhospitable infrastructure.

The ‘greening’ of the legendary Piccadilly Lights, courtesy of owner Landsec and operator Ocean, was complemented by a huge plant installation from The Crown Estate at the adjacent Fountain of Eros.

The Crown Estate is working in partnership with The Green Planet AR Experience, powered by EE 5G, providing the space on Regent Street, which forms part of a number of recent sustainability focussed pop-ups on the street, which The Crown Estate has supported.

The green installation on Eros saw the fountain and its steps blanketed in growing seasonal flowers and foliage: Spring bulbs and their companion hellebores; cover planting including ivy and clover; and a final dressing of moss.

Floral artist Alice McCabe transformed the monument to resemble a living forest floor, with trees and plants blended to suggest dappled pools of light and shade-loving flowers and ferns, including pruned branches donated by Kew Gardens, to evoke a secret glen. Plants nestled in the installation were gifted to passers-by to take home or to their place of work to help make Britain greener.

Opening on February 11 at 55 Regents Street and running until March 9, The Green Planet AR Experience, powered by EE 5G, will offer visitors a window into the secret kingdom of plants through an immersive augmented reality journey accompanied by a virtual Attenborough transformed into a 3D hologram. The free to attend attraction, created by Factory 42 with BBC Studios and inspired by The Natural History Unit landmark series, The Green Planet, will travel through six digitally enhanced worlds – including rainforests, freshwater and saltwater worlds, the changing seasons and desert landscapes, culminating in the human story and how we can all affect positive change.

The Piccadilly Circus activity was made possible through the support of Westminster City Council.

To celebrate #GreenPlanet and #TheGreenPlanetExperience, Sir David Attenborough appeared on the Piccadilly Lights to temporarily reclaim the famous location for the plant world and remind passers-by that plants are the basis of all life.🌱 @PicLights pic.twitter.com/Gvm714M3q0