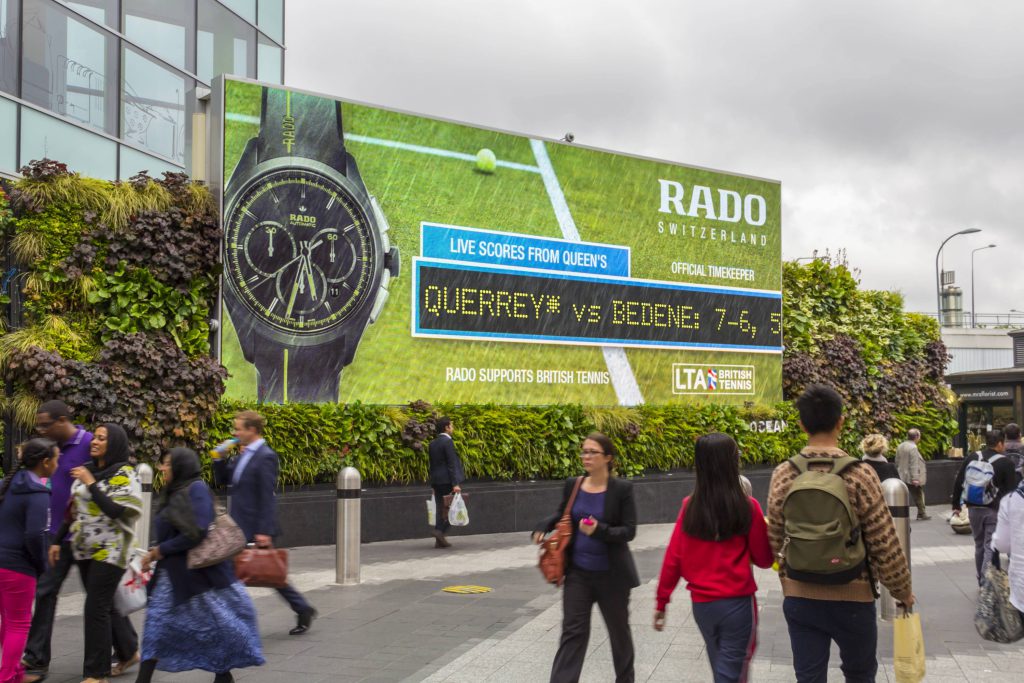 Live ball-by-ball updates of all the action from The Queen’s Club are being broadcast live from three Ocean digital outdoor sites this week.

Swiss watchmaker Rado is using the classic tournament to build on its association with the Lawn Tennis Association during the Aegon Championships at The Queen’s Club in West Kensington, London.

The two week campaign was booked through M2M and Talon Outdoor and is appearing on Ocean’s nearby Eat Street, Two Towers West and P10 Hammersmith locations.

During play, static and dynamic creative is enhanced by live data feeds giving audiences all the latest score updates from the tennis tournament as play unfolds on court.

The watch featured in the creative is linked to the live feeds, telling the real time in minutes and seconds and featuring a rain delay setting which triggers rain drops across the screen when the weather causes play to be delayed.

The interactive outdoor campaign is a media first for Rado and the Swatch group.

“The use of game changing technology allows us to link audiences live with the action as it happens, keeping people right up to date with the big matches from the top players in the men’s game,” said Maxim de Turckheim, M2M Senior Planner.