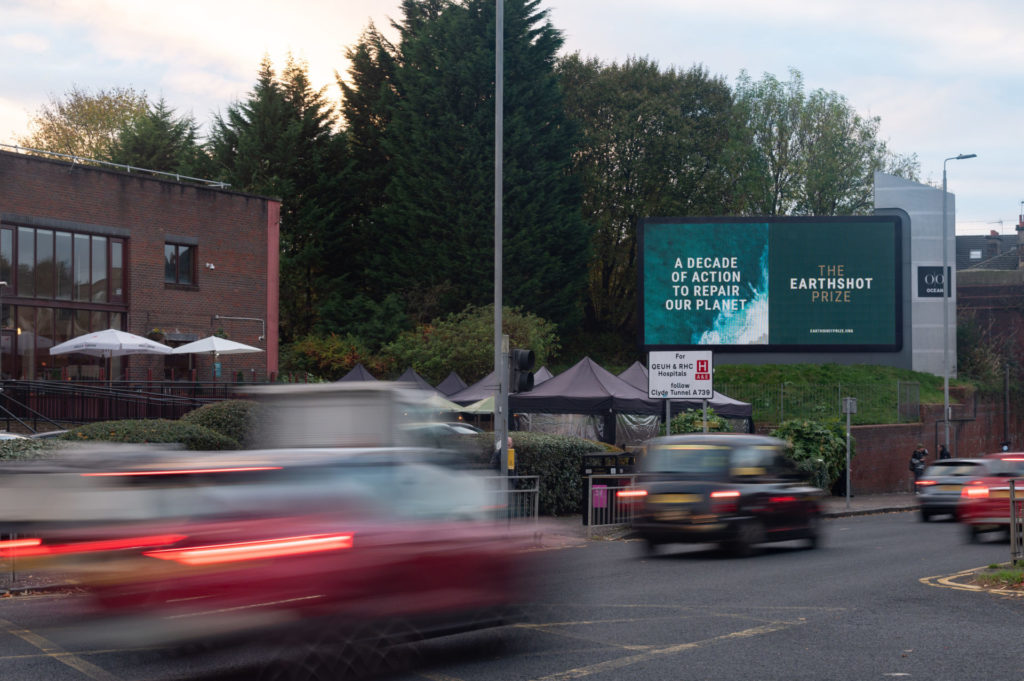 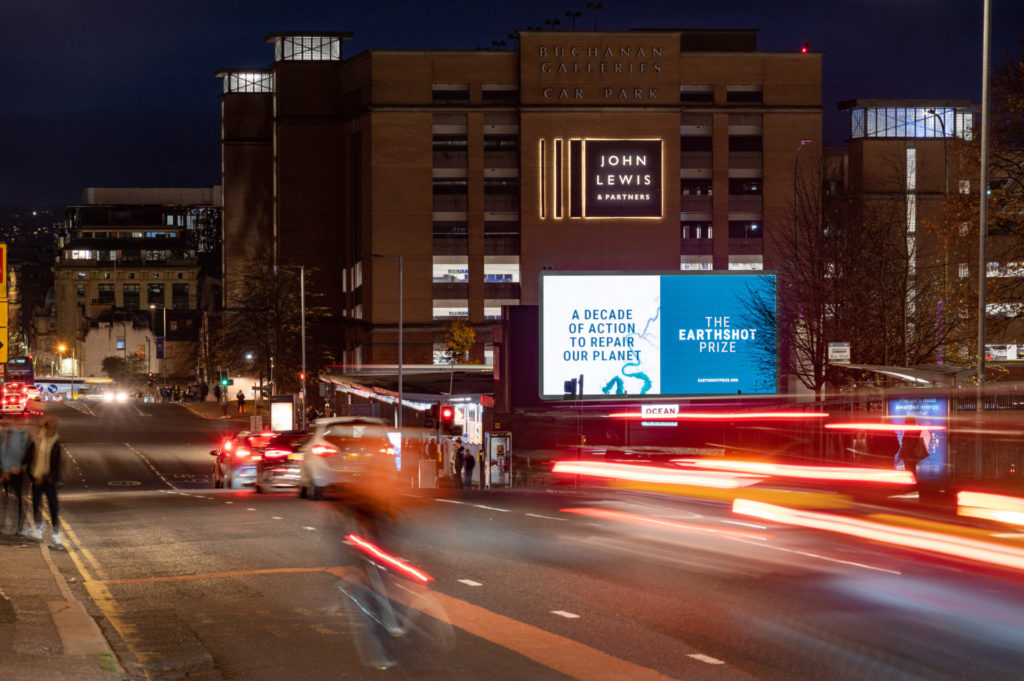 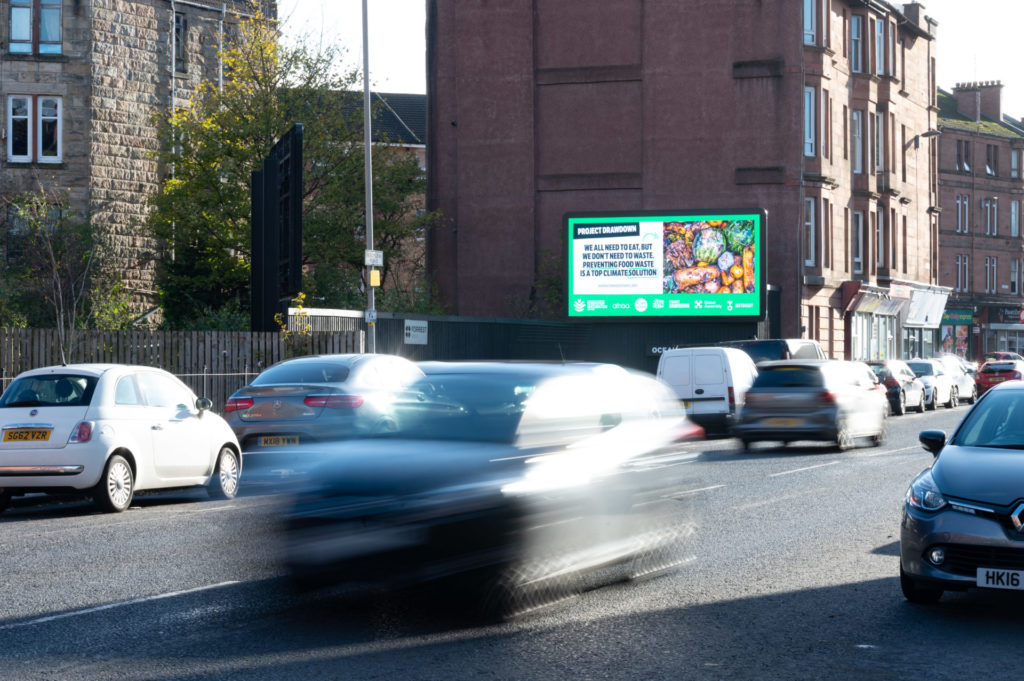 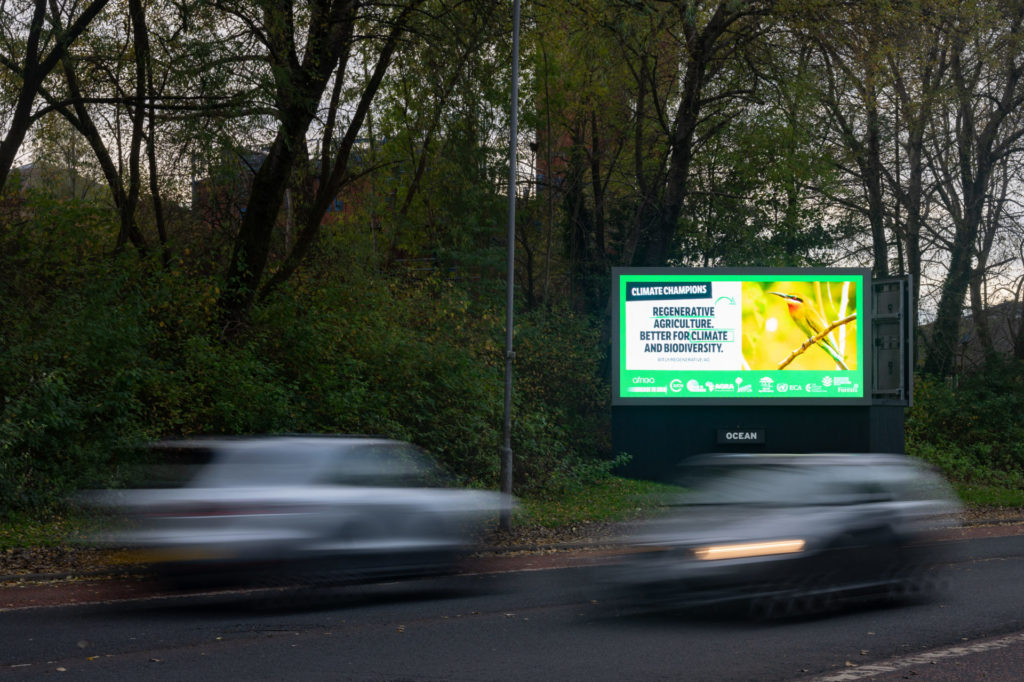 Ocean supported a host of different initiatives with striking community and global messages which spoke directly to the public during the COP26 climate change conference in Glasgow.

A painting called Our Future by the celebrated Scottish artist Gerard M Burns appeared on large format screens across Glasgow and Edinburgh for the duration of the summit.

Messages from the Prince William’s Earthshot Prize were featured across seven screens in both cities emphasising the importance of A Decade of Action To Repair Our Planet.

And the charity Justdiggit was given space on Ocean’s large format roadside network, providing a message of hope to those who are concerned about what needs to be done to tackle the climate emergency.

The symbolism is clear. Six children, who will have to live with the consequences of a failure to act over the next 10 years, stare out of the painting as a “challenge”, or “accusation”. This is the artist’s intention as the issue being confronted couldn’t possibly be any more serious, particularly for them.

Gerard M Burns said: “Ocean’s support is as always simply amazing, and their massive presence on the streets and towns of the country is really helping to get the message out there.”

Justdiggit teamed up with four other NGOs – Project Drawdown, Send a Cow, Global Assembly, Mums for Lungs – and UN climate champions to send a message to the general public that this is the Decade of Doing; that although we have 10 years to tackle climate change and its devastating effects, great things are happening around the world.

From campaigning for clean air to regenerative agriculture; from regreening desertified soil to providing a voice for the disenfranchised, the campaign comprises eight separate executions which show how communities are acting to adapt, change and build resilience.

Justdiggit UK country director Stuart Taylor said: “At Justdiggit we are very grateful to Ocean Outdoor for supporting our campaigns. We eschew the rhetoric of catastrophism, focusing instead on positive storytelling and solutions which, in our experience, have a more engaging and lasting impact on people. After all, we need to turn hope into action, particularly at COP26.”

Last week Ocean announced its new Drops In The Ocean advertising fund which will see 2% of the company’s reported revenue given to environmental charities and non-profits each year in the form of advertising space across its UK and European portfolio.

To find out more, applicants should email dropsintheocean@oceanoutdoor.com