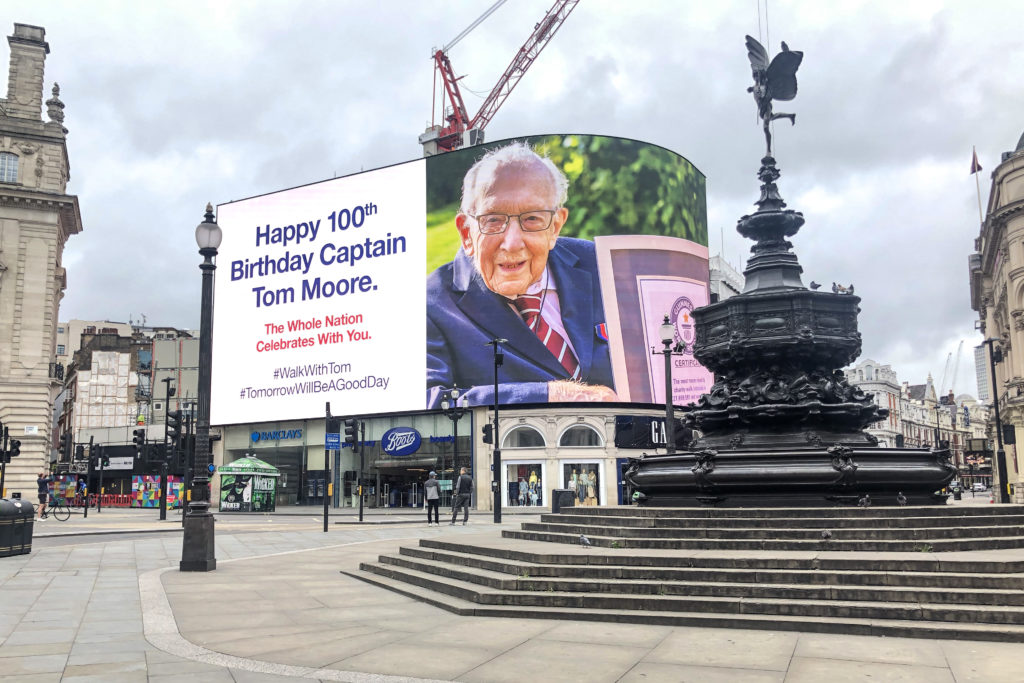 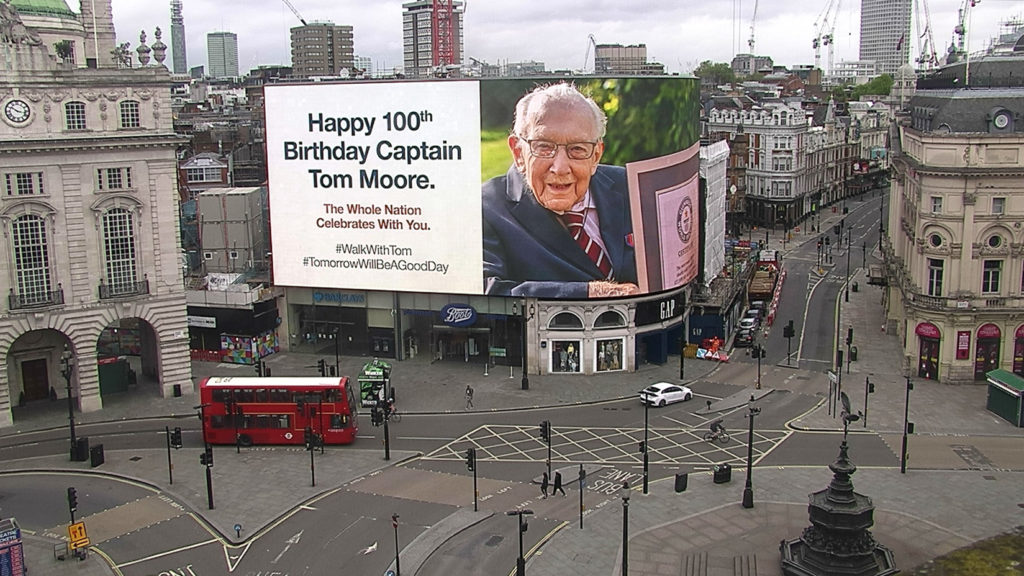 Fund has raised more than £30million

The Piccadilly Circus advertising screen carried a message of best wishes for the army veteran who has raised more than £30 million by walking 100 lengths of his garden with the aid of a walking frame to raise funds for frontline NHS staff during the coronavirus pandemic.

The Piccadilly Lights domination was created and designed in-house by Ocean Outdoor and appears with the agreement of Captain Moore and Landsec which owns the screen and donated the space.

Ocean Outdoor UK joint managing director Phil Hall said: “Like the rest of the country, we wanted to send our best regards to Captain Moore, a national hero who has achieved so much.”

Landsec commercial media manager Derek Manns said: “We’re pleased to be able to join the national celebrations for Captain Moore by dedicating the Piccadilly Lights to his life and achievements.”

Since beginning his walk, Captain Tom has become the oldest artist ever to claim a UK No 1 chart single. The WWII veteran’s cover of You’ll Never Walk Alone was recorded with Michael Ball and the NHS Voices of Care choir.

The No 1 single and the amount he has already raised as an individual for charity has earned Captain Tom two Guinness Book of World Records as well as his own Royal Mail birthday postmark.

A further message will appear on Piccadilly Lights to mark VE Day which is on May 8. Captain Moore joined the 8th Battalion Duke of Wellington’s Regiment at the start of the Second World War, serving in India and Myanmar.

He now lives with his family in Bedfordshire and encourages everyone to live by his motto that “Tomorrow Will Be A Good Day”.