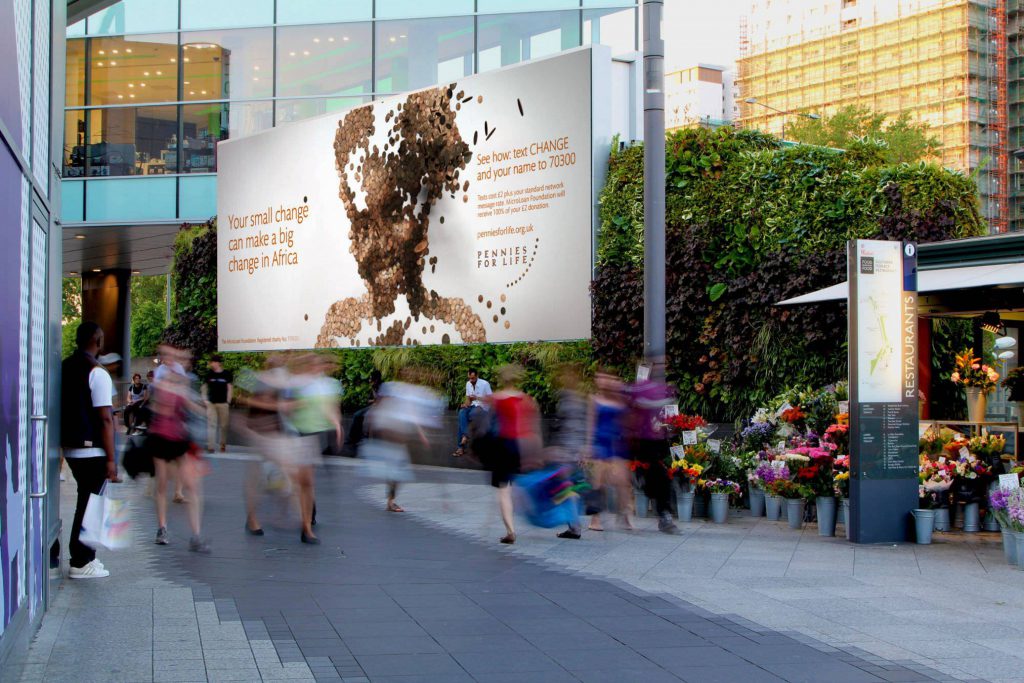 For the first time, Ocean celebrated a win last week at The Mediaweek Awards for a Media Idea.

The ‘Media Idea – Small’ consisted of a collaboration with The Microloan Foundation, DLKW Lowe and Grand Visual to secure a very successful campaign to help women in Africa with small business loans.

The campaign, which originated from work submitted to Ocean’s The Art of Outdoor Digital Competition in 2011, went on to be one of the most successful interactive campaigns that Ocean has delivered on Eat Street @ Westfield.

The visually engaging campaign which took ownership of the premium full motion screen at Westfield London for a weekend, ensured that 21 business loans were secured as a result of the activity, helping a total over 100 individuals in Africa.

The inspired campaign went on to win a Gold in Cannes, and has raised the profile of the charity phenomenally.

This campaign helped to launch the 2012 Art of Outdoor Digital Competition, which has recently seen Toyota win the first prize, along with many other high profile shortlisted entries.

For more information on the entries: www.artofoutdoor.com