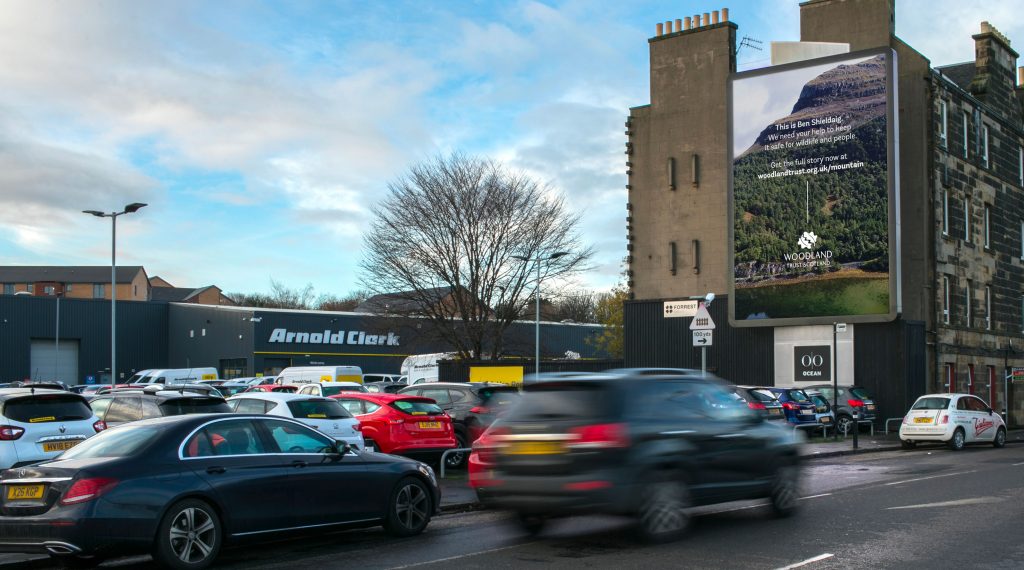 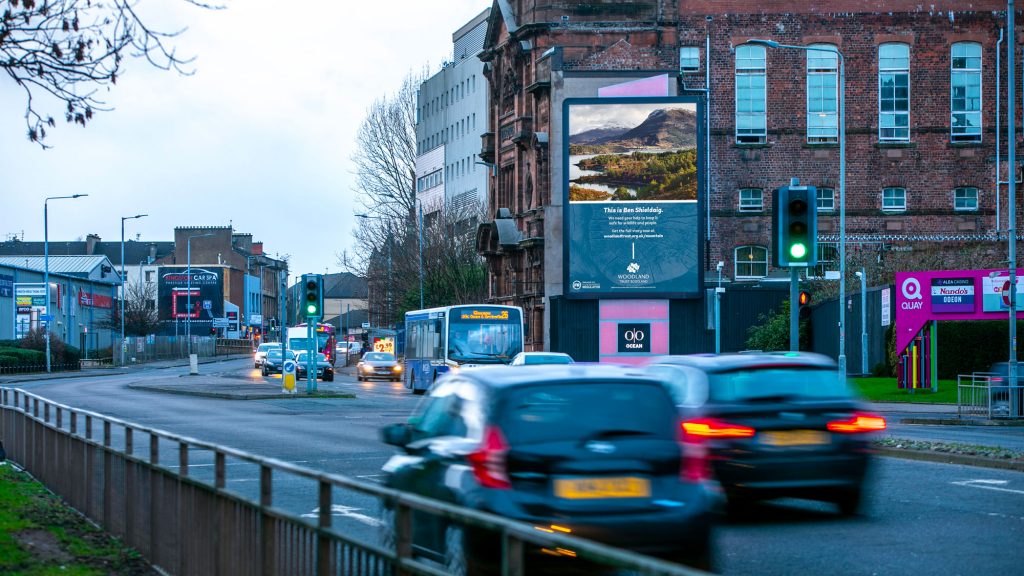 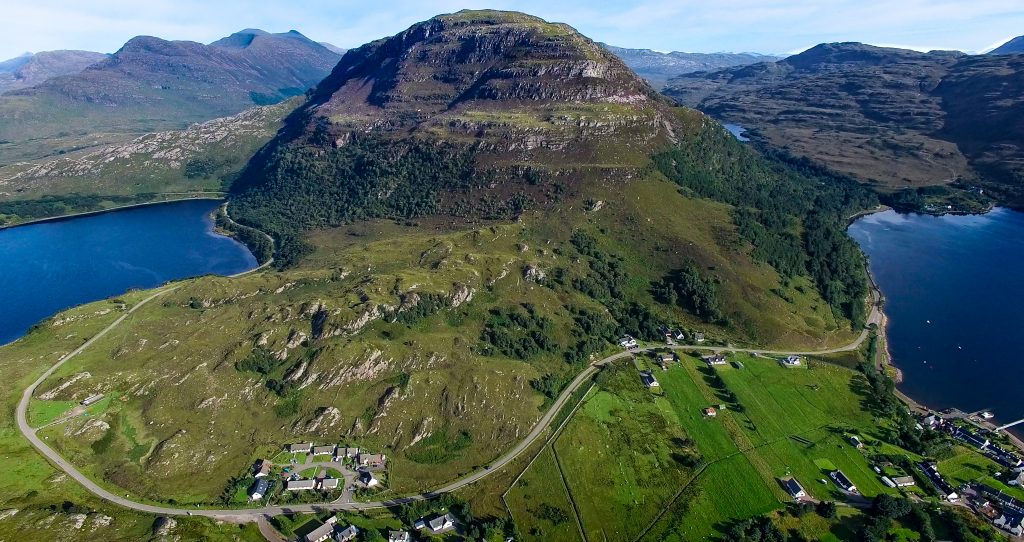 Woodland Trust Scotland has launched a £1.6 million appeal to buy a mountain in the North West Highlands – aiming to manage its two spectacular woodlands within a mosaic of wild habitats from sea to sky.

Supporting the appeal to raise the funds, Ocean Scotland has donated advertising locations across Glasgow and Edinburgh to support specially created messaging for the money-raising effort.

Marc Keenan, managing director, Ocean Scotland said: “This campaign to preserve a unique area of Scotland is one that we are delighted to get behind. The power of our screens is unrivalled in building commercial brands. It’s great to be able to use that power for such a brilliant cause that the whole of Scotland will benefit from in the future.”

Woodland Trust Scotland director Carol Evans said: “This is a rare opportunity for us to bring a whole mountain under our care. It already supports a magnificent area of ancient Caledonian pinewood and a temperate rainforest of native birchwood. Perhaps even more exciting is the potential to manage these within a mosaic of their natural neighbours. Our aim is to see native woodland, montane scrub and open moorland habitats meshing naturally with each other from sea to sky. That would encapsulate all that a restored landscape can be, not just in Torridon but across the Highlands.”

Ben Shieldaig’s birch woodland, confined to the moisture-laden strip of land between the mountain and the sea, is part of a unique habitat shaped by the mild climate and clean air. This is Scotland’s rainforest. Lush with mosses and liverworts, it is internationally important for oceanic bryophytes.

The mountain is also home to a significant remnant of ancient Caledonian pinewood – special not only because it has occupied this spot since just after the last ice age, but because it lies at the very limit of the Scots pine’s northern European distribution. This is one of the most westerly remnants of native pine in Europe; one of the closest to sea level; and quite possibly one which is genetically unique to the north-west of Scotland.

With its summit at 534m, Ben Shieldaig covers around 4,000 acres set in the dramatic Torridon landscape within the Wester Ross National Scenic Area.  It has been put on the market by a private landowner.

The mountain and its surrounds teem with iconic Scottish wildlife including sea eagle, golden eagle, red squirrel, pine marten and otter. The UK’s smallest dragonfly, the black darter and the vulnerable azure hawker dragonfly have both been recorded here as well as the Red Data Book listed hover fly Callicera rufa.

Ben Shieldaig offers excellent walking and has spectacular views from the summit towards Skye and the Outer Hebrides.

Carol Evans added: “We aim to manage the site for wildlife and people and encourage recreational access – perhaps building a small car park and creating a path to a viewpoint for visitors to enjoy.  We will consult with local people about our plans once we secure ownership. Before anything can happen though, we need to raise the money to fund the purchase.”

Details of the appeal are on the Woodland Trust website at www.woodlandtrust.org.uk/mountain