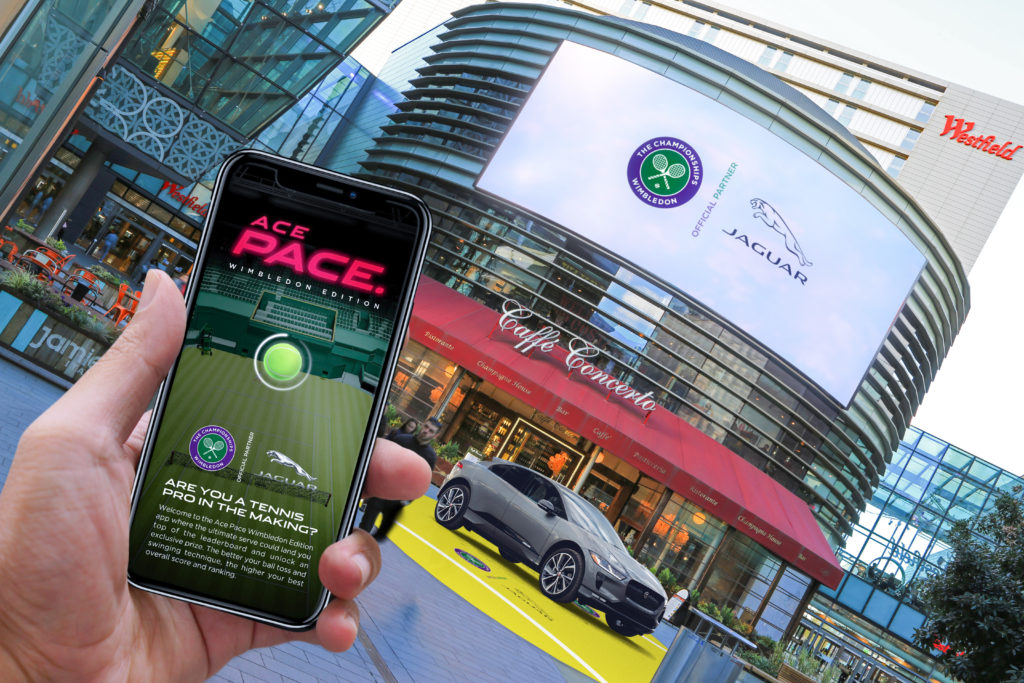 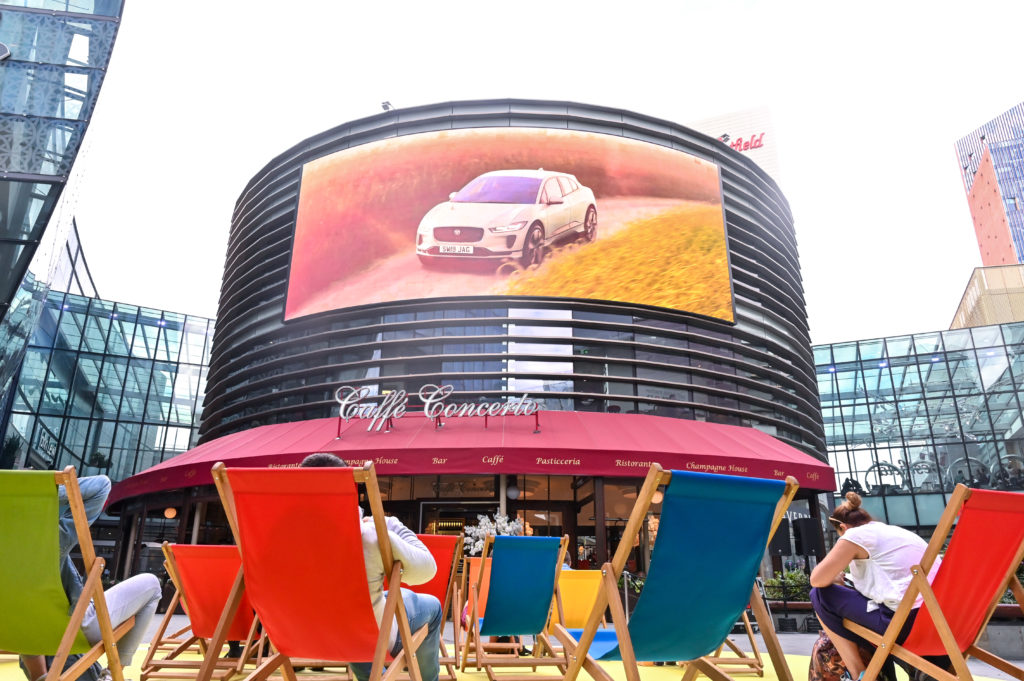 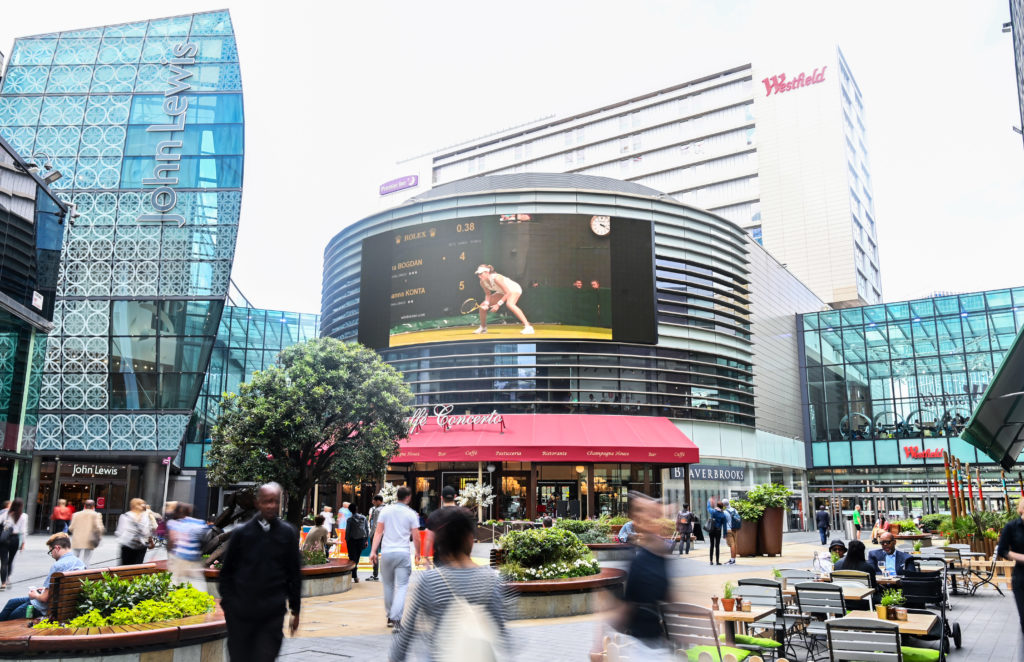 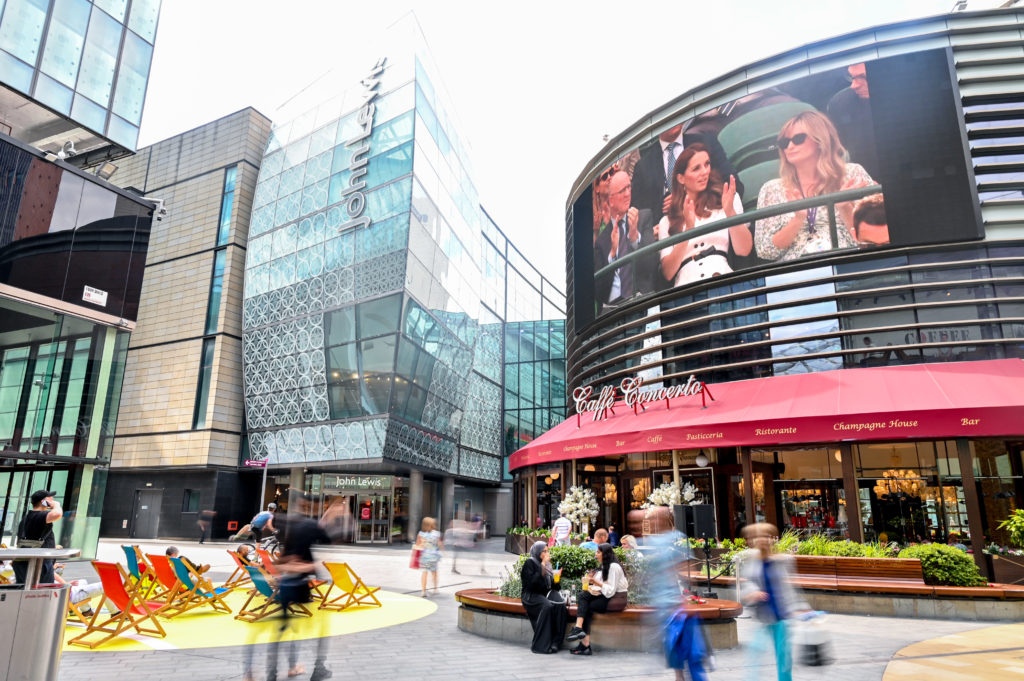 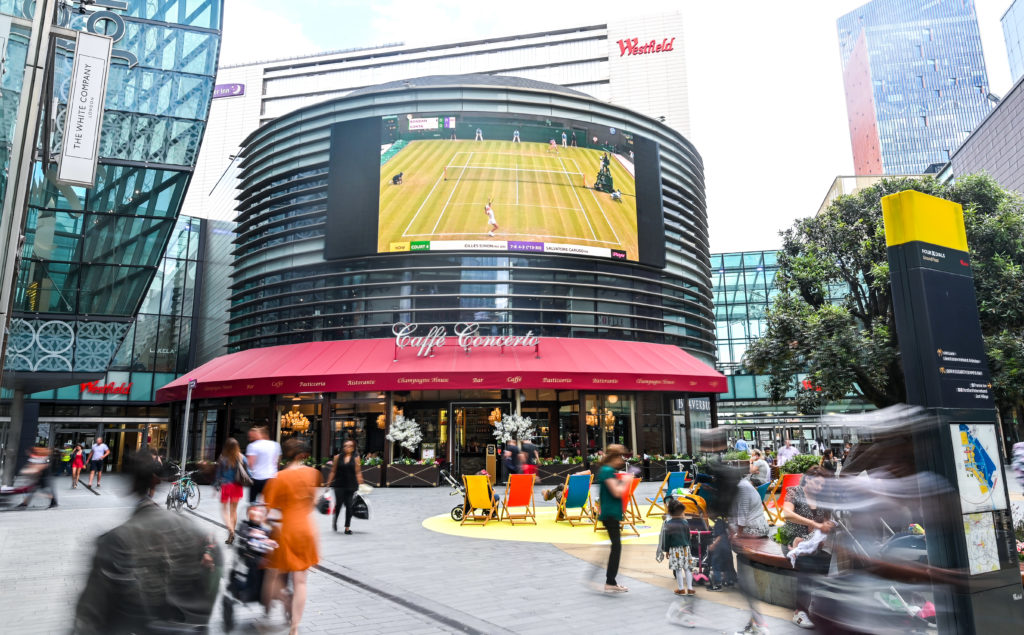 Jaguar will from Monday (1st July) start serving daily highlights and live scores to tennis fans across the country as it becomes the broadcast sponsor of Ocean Outdoor’s UK-wide coverage of the Wimbledon Lawn Tennis championships.

As the Official Car Partner of Wimbledon Jaguar is amplifying its sponsorship of the world’s most eminent tennis tournament with the first ever showing of match highlights and real-time scoreboards from The Championships on out of home screens.  Every six minutes, a 60” sponsored show reel will run across 28 full motion, premium large format digital screens in nine major UK cities across the country.  Throughout the creative and experiential activation, Jaguar’s I-PACE will be the hero marque.

Planned by dentsu X and out of home and location marketing specialist Posterscope, in collaboration with creative agency Spark44 and Ocean Outdoor, the content distribution campaign – the first of its kind – will run in London, Birmingham, Edinburgh, Glasgow, Leeds, Liverpool, Manchester, Newcastle and Nottingham from 1st to 14th July.

This ground-breaking approach to The Wimbledon Championships demanded original and fearless creativity. Working with Jam VFX, Spark44 created a unique and visually-led concept to promote the partnership – a world on the surface of a tennis ball, navigated by the all-electric Jaguar I-PACE.

Markus Carlson, Jaguar Marketing Communications Manager, said: “We are incredibly proud to be the official car partner of Wimbledon for a fifth year. Using digital out of home as a content distribution channel allows us to maximise our association with The Championship, connect with Jaguar prospects and bring the thrill of the tournament to tennis fans across the UK.”

Kristina Mestsaninova, Managing Partner at dentsu X, added: “The primary objective from the client’s brief was to make Wimbledon live beyond the SW19 postcode, making it unmissable that Jaguar sponsors the tournament. We set out to build a truly integrated campaign that brought together and made the most of the entire ecosystem of owned, earned and paid elements.”

Lee Mabey, Integration Strategy Director at Posterscope, added: “Wimbledon is one of the biggest events in the sporting calendar which makes the whole nation come together. Jaguar is using the real time and full motion capabilities DOOH offers to turn the channel into a distribution platform, bringing the action from SW19 to tennis fans across the country.”

Ocean head of content and sponsorship Kevin Henry concluded: “This is a ground-breaking initiative for out of home and the largest content-based sponsorship deal since the introduction of live sports streaming on our full motion outdoor network.  This partnership guarantees exposure for this year’s tournament across our portfolio.”

Chris Newby, Head of UK Account at Spark44, added “We’re excited to have been part of this imaginative activation of Jaguar’s sponsorship of The Wimbledon Championships. It gave us the opportunity to develop bespoke content that perfectly demonstrates the Jaguar I-PACE’s exceptional handling capability in a surprising and engaging way.”