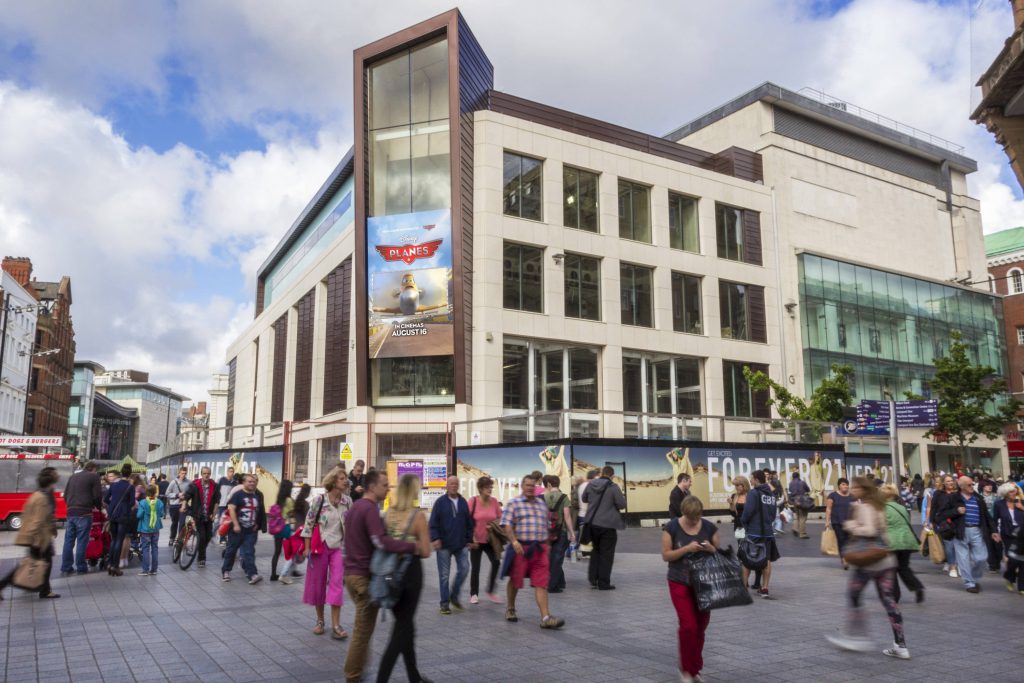 The launch partner Disney has utilised the screens full motion capabilities with animated creative that showcases their latest release, Planes. Vice President of Marketing at Walt Disney Studios, Lee Jury argues that using high quality, full-motion Digital Out of Home sites are an essential part of an outdoor plan for the entertainment industry:

“When you work with animation studios such as Pixar producing content at the very highest level, you want that creative to be reflected on the best possible canvas.”

The city’s culture and heritage is at the very heart of the destination. The screen has been named after the legendary Cavern Quarter, home to the Cavern club, an infamous hang out where The Beatles hosted their first gigs.

Also located opposite the entrance to the Liverpool One shopping, leisure and residential complex on the corner of Lord Street and Church Street, the Screen @Cavern Quarter dominates one of Britain’s busiest retail districts.

Richard Malton, Marketing Director of Ocean Outdoor, said: “The addition of the full motion Screen @Cavern Quarter is a significant development in Ocean’s full motion national offer. Outdoor continues to grown in stature and technical capability and this is reflected in our investment in Liverpool. The retail and leisure spending power in the city is reflected in our investment which is in addition to the £1m investment in the Liverpool Media wall earlier this year.”