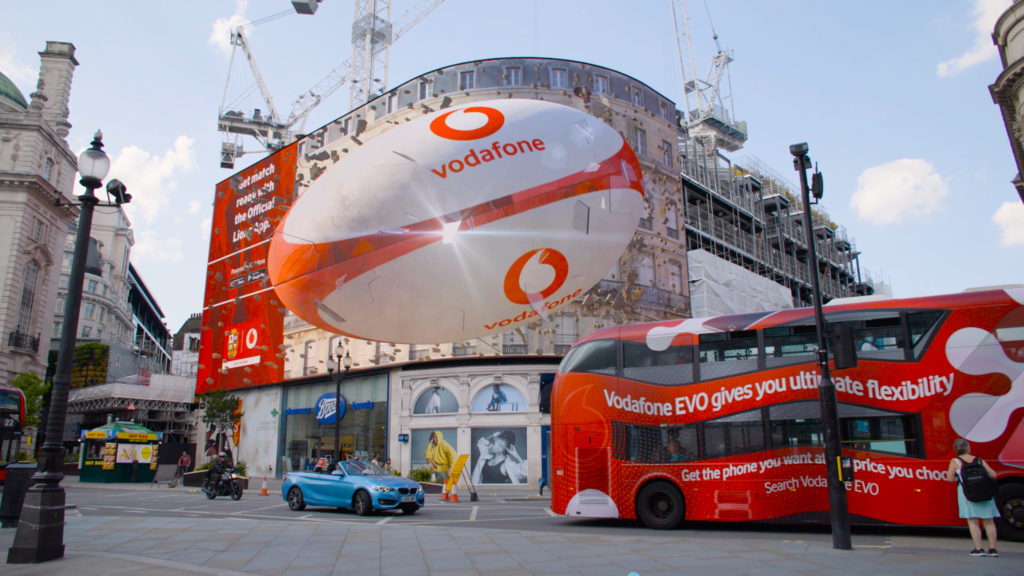 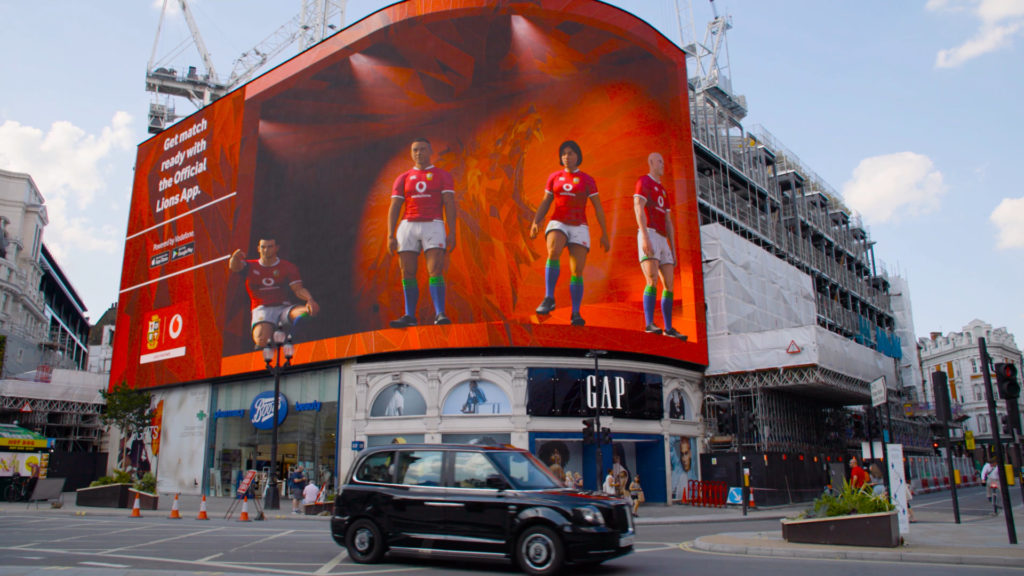 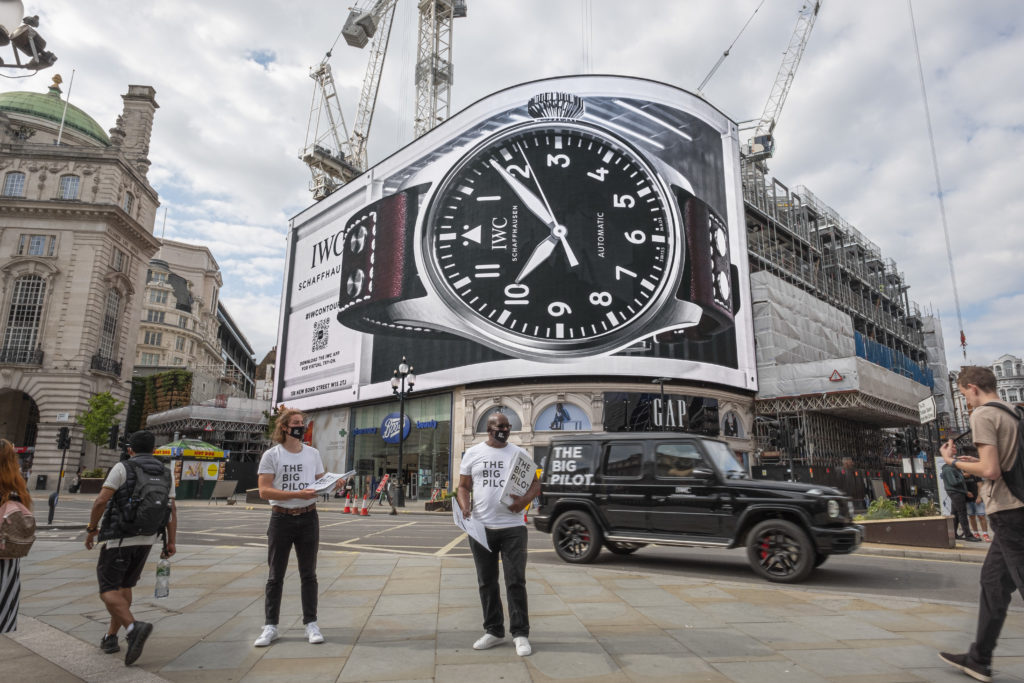 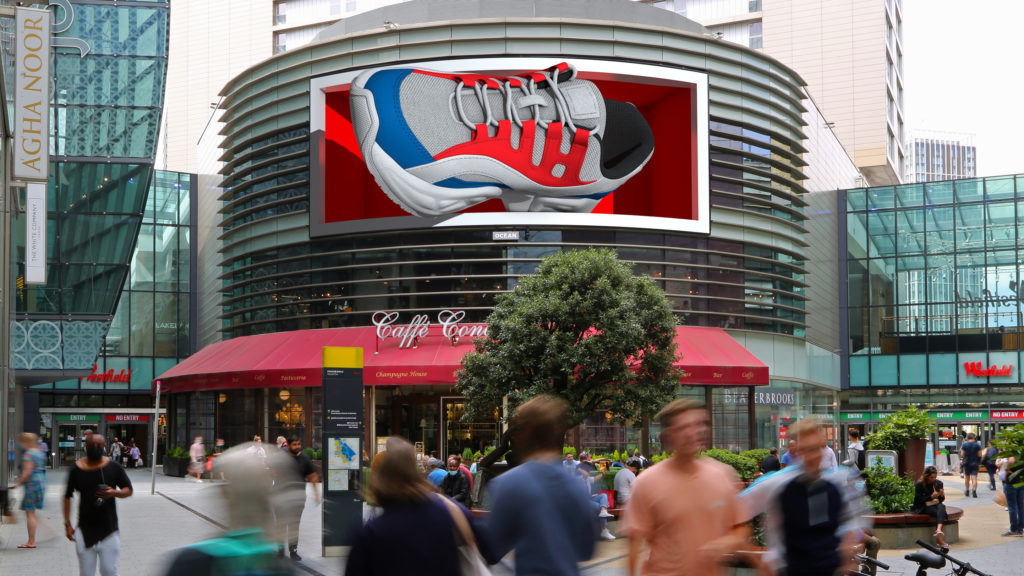 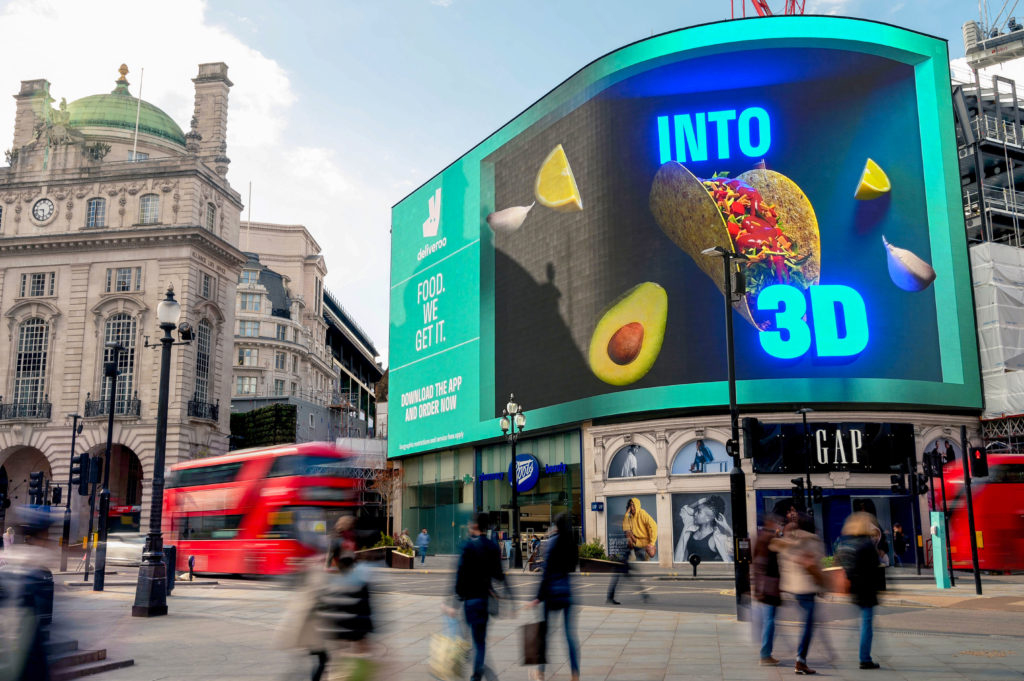 Ocean is rolling out a 3D technique across its large format full motion portfolio as advertisers leverage existing and new technologies to deliver spectacular audience experiences.

DeepScreen™ uses a technique called ‘anamorphosis’ or ‘forced perspective’ which mathematically warps imagery so that when viewed from a specific vantage point, the illusion of 3D depth is created on flat surfaces.

Ocean’s proprietary DeepScreen™ 3D templates can be used to create breath-taking windows into other worlds, extend existing architecture, or make impossible objects appear to float in the air, coming out of the screen and towards the viewer.

Following a successful trial period, DeepScreenTM is being rolled out across premium retail and city centre outdoor DOOH environments in the UK, Nordics and the Netherlands, supporting Ocean’s position as a leader in DOOH.

Activations using DeepScreenTM have recently been carried on the iconic Piccadilly Lights in London which is operated by Ocean for Landsec. Bold illusions by Vodafone, IWC Schaffhausen, Netflix, Deliveroo and PokerStars have been used as centrepieces for integrated campaigns.

It is also available across eight Ocean digital screens in seven UK cities, including Westfield Square, Westfield London, the Four Dials in Westfield Stratford City, the Manchester Printworks, Liverpool Media Wall, Birmingham Media Eyes and city centre screens in Nottingham, Norwich and Glasgow which can be combined with experiential activations.

Ocean’s head of design and studio David Tait said: “Forced perspective is hard to describe, but incredibly easy to view – realistic ‘3D’ images, with the correct perspective, lighting and shadows, that require no fancy eyewear, QR codes or technology. To really grab audiences’ attention, advertisers want to stand out from the crowd and it doesn’t get much more striking than a 17m high rugby ball flying towards them.

“To allow brands to create DeepScreenTM activations, we developed 3D templates that recreate the unique size and curvature of the screens along with the viewer positions for each of the supported locations. Using these templates, and the included consultancy of the Ocean Studio team, brands can integrate their imagery to create these stunning eye-tricking campaigns.”

According to Ocean’s neuroscience research, full motion screens outperform static outdoor by 2.5 times, driving emotional impacts, memory encoding and acting as a primer for other media.

Earlier this year Ocean released a further study called the Primers which reframes the premium DOOH proposition to equate it with peak TV.

All of the locations in the DeepScreenTM network are classified as a Primer.