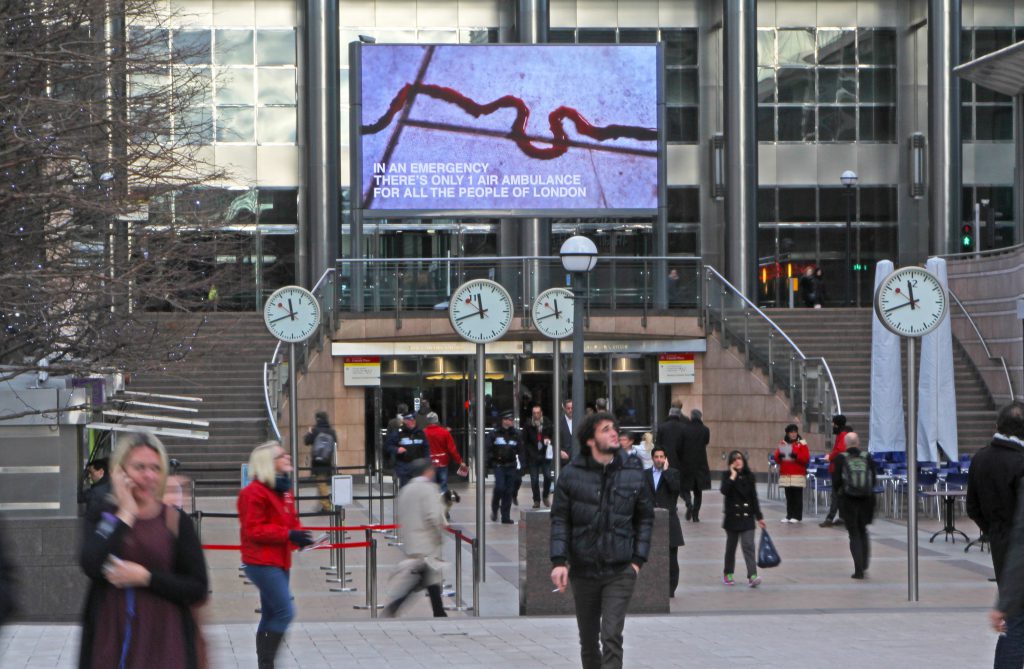 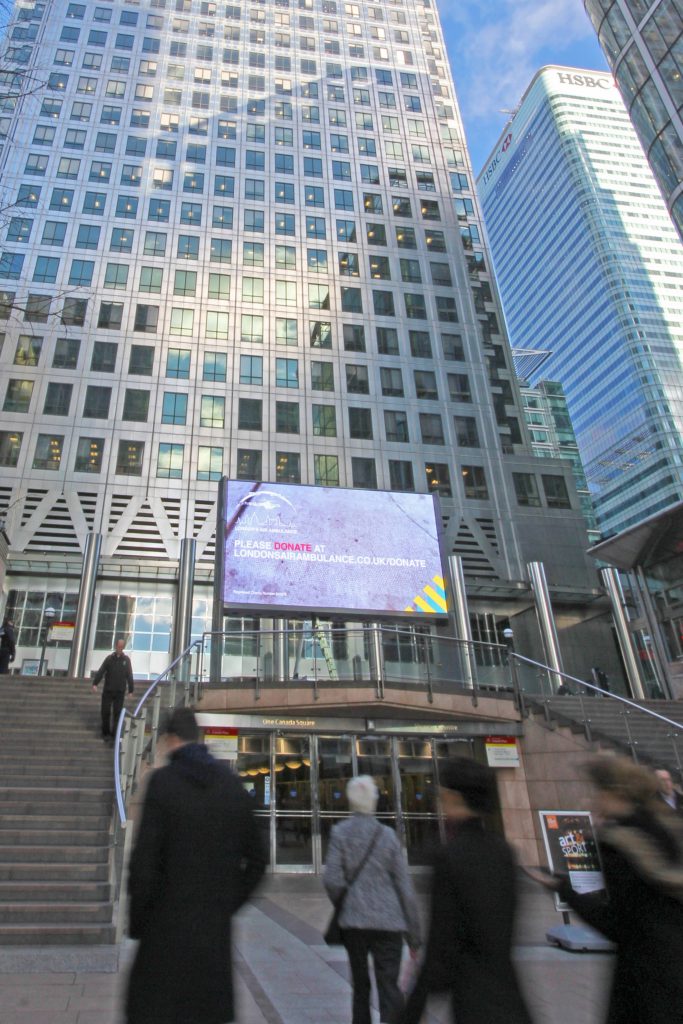 Adverts asking Londoners to donate to the charity, which has treated more than 30,000 critically injured people since its inception, are appearing in Canary Wharf, Westfield London, Hammersmith and on our Eastern Motion screen, supporting an appeal to fund a second urgently needed helicopter.

London’s Air Ambulance is our dedicated official charity. We have worked with the charity for more than a year and this new campaign is the first in a series planned with LAA for 2014.

Further funding is also needed to recruit additional pilots and fire crew to extend the charity’s daylight flying hours in the summer months, enabling the service to reach an estimated further 400 patients per year by aircraft.

Ocean Outdoor marketing director Richard Malton said: “Hundreds of Londoners owe their lives to this life saving charity. It’s an incredibly worthy cause which will benefit people for years to come. We urge the wider media and advertising industries, and the people of London, to get behind this vital service and give what they can.”

London’s Air Ambulance was formed in 1989 following a report by The Royal College of Surgeons that said too many people were dying on the streets unnecessarily.  The charity has stayed at the forefront of medical innovation, delivering pioneering procedures, including roadside open chest surgery, anaesthesia and blood transfusions that have been adopted throughout the world.

Gareth Davies, Medical Director and Chair of the Trustees, who has led the service for 20 of its 25 years, said: “There are people who have survived serious injury in London that would not have in other countries. Trauma or serious injury is the biggest killer for people aged under 45, including children. It is down to the belief and passion from everyone who comes into contact with the service – employees, volunteers and supporters – that enables us to help save these lives and London should be very proud of this.”

Visit www.londonsairambulance.co.uk/donate to support the charity.