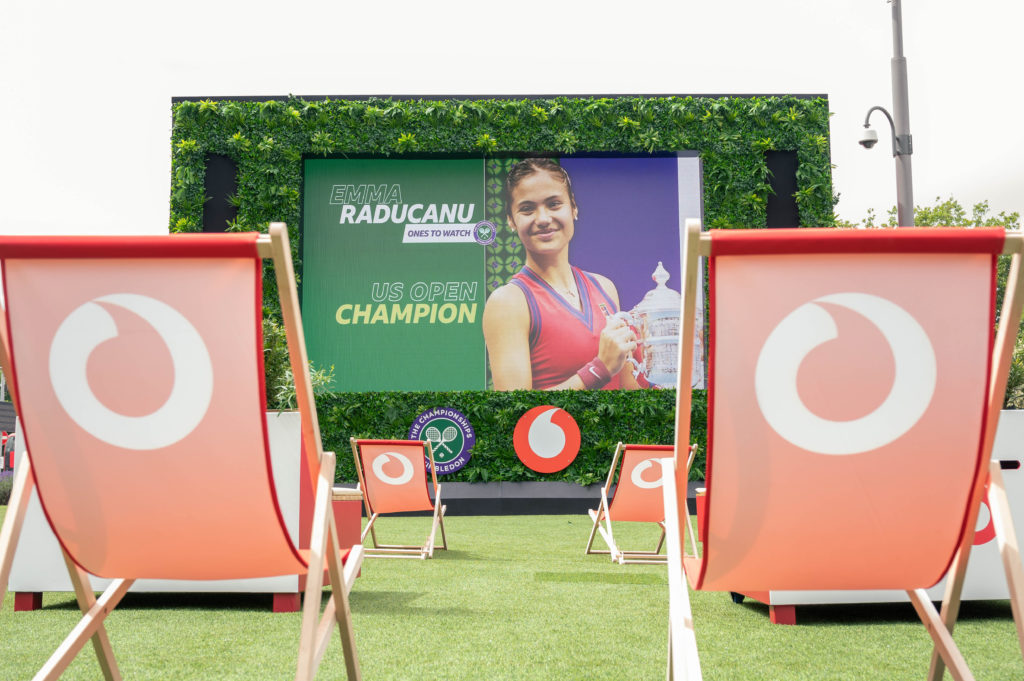 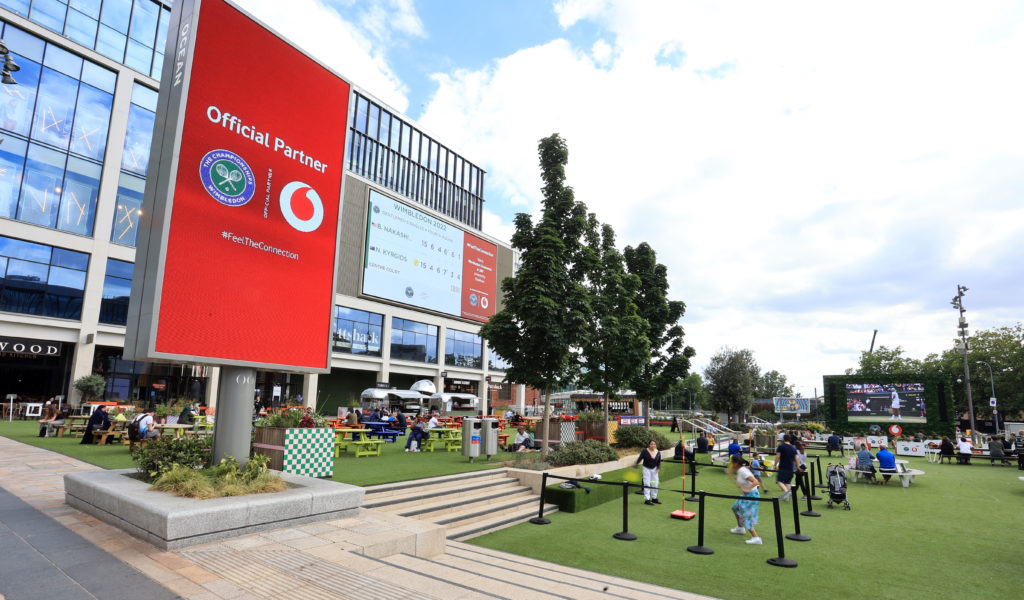 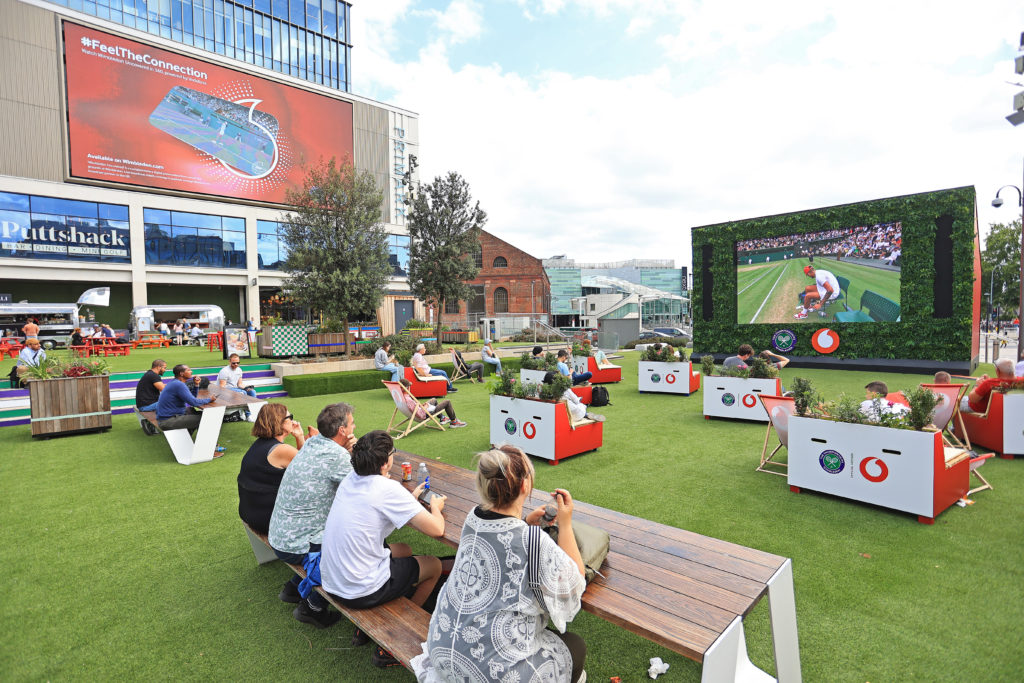 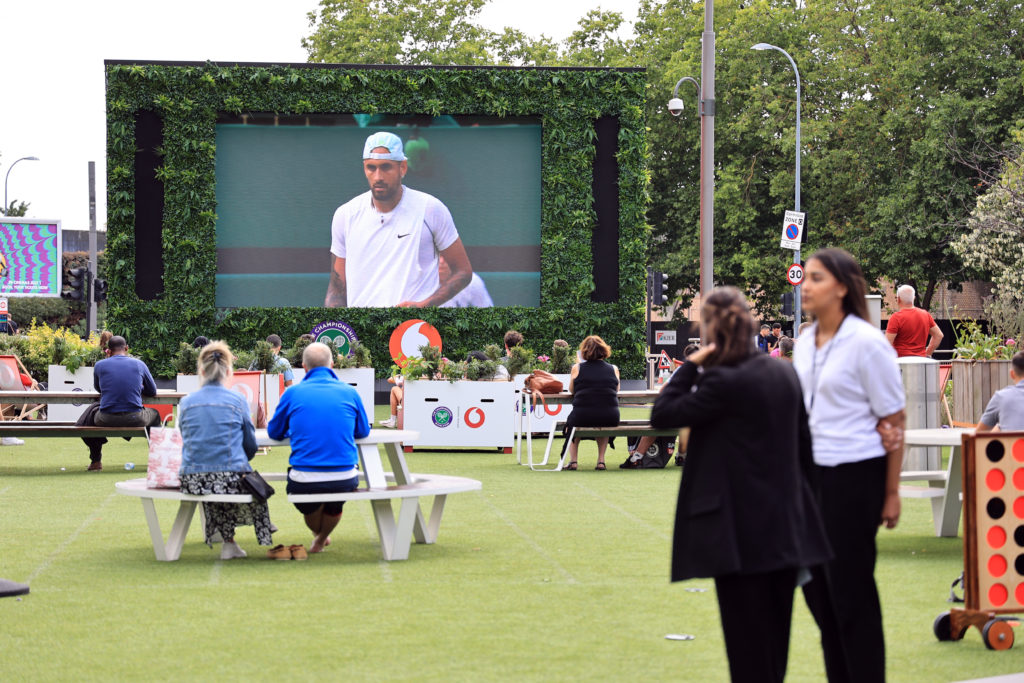 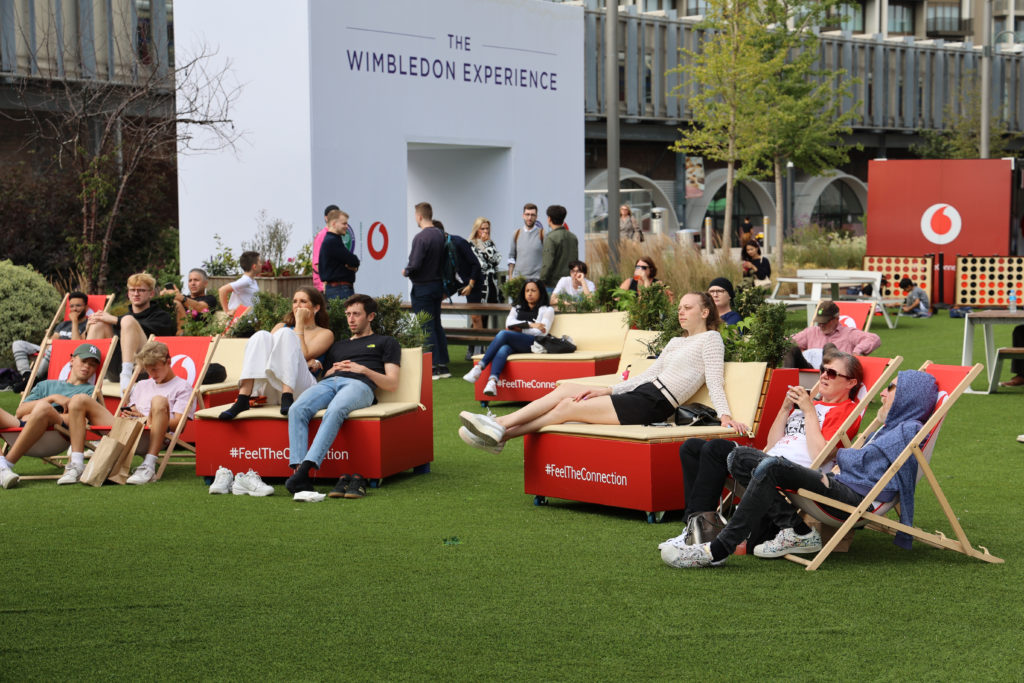 Selected tennis highlights will also be shown in 11 UK cities

In partnership with the All England Club and Vodafone, Ocean is helping to bring Wimbledon to fans across the UK through its full motion network.

The flagship activation is the Wimbledon Experience W12, located at Westfield Square and presented in association with Westfield London and the All England Club’s Official Partners. It will be open for a fortnight from June 27 to Sunday, July 10. Entry is free from 11am daily.

Tennis fans will be able to watch all of the matches from The Championships live on a large screen set within an English garden themed landscape with lawns, flower beds, livings walls and refreshment areas.

Vodafone, Official Connectivity partner of the Championships, will also feature as part of the W12 activation with its Wimbledon Walk of Champions, a unique virtual reality experience that gives fans the chance to step behind closed doors and retrace the steps of Wimbledon champions.  Fans will walk the same path as previous champions, through the historic corridors and onto Centre Court.

Director of Ocean Labs Catherine Morgan said: “By bringing SW19 to W12, visitors to Westfield London will be able to soak up the atmosphere and action of The Championships as it happens. The W12 Experience is also a chance for Wimbledon partners to connect directly with families and tennis fans all within the setting of an English summer garden.”

Grace Charge, head of brand experience and partnerships – Europe at Unibail-Rodamco-Westfield, said: “This summer, we’re excited to be combining Ocean Outdoor’s world-class digital screen capabilities with Westfield London’s experiential event space to bring the Wimbledon experience to W12 in an interactive format. The activation is a great example of creating a fun and engaging destination while delivering sporting entertainment to a wide range of audiences.”

Ocean will also carry selected highlights from The Championships across its full motion network including 35 large format screens in 11 UK cities.

The loop will include 60 seconds of Wimbledon content including a live scoreboard provided by official data provider IBM, bespoke creative and 20 second daily match highlights throughout the duration of the tournament.

Ocean is in the fifth year of its partnership with the All England Club.

Alexandra Willis, director of communications and marketing at the All England Club, commented: “It is a great privilege that for two weeks a year, the eyes of the world turn to Wimbledon to watch The Championships. Alongside the BBC’s brilliant broadcast coverage, it is great to be extending the Wimbledon feeling across the UK through this partnership with Ocean Outdoor and their full motion network.”