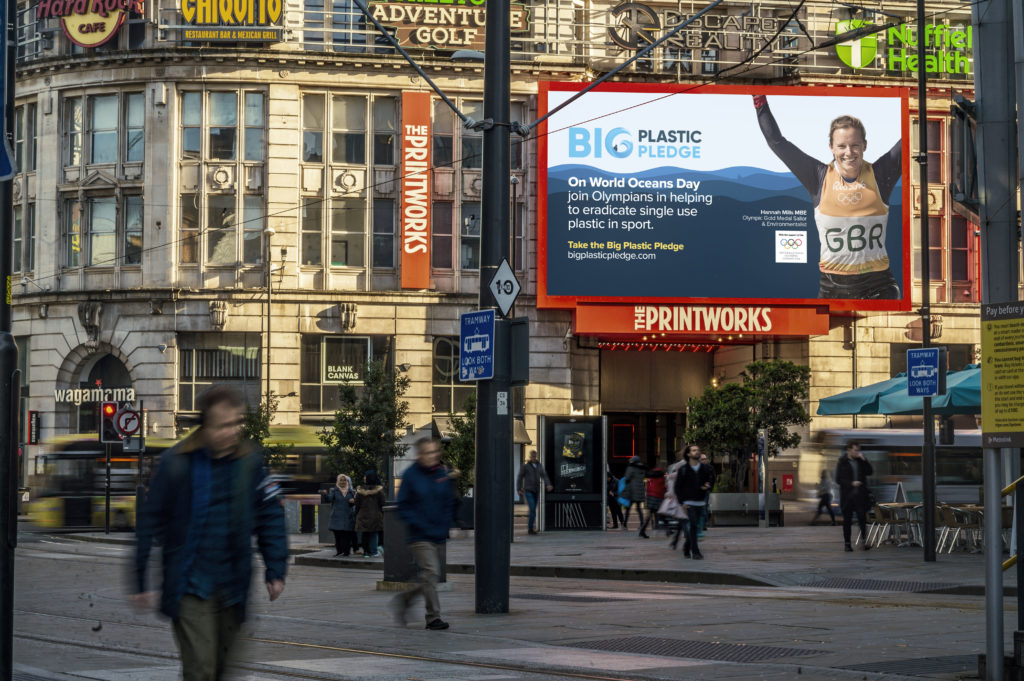 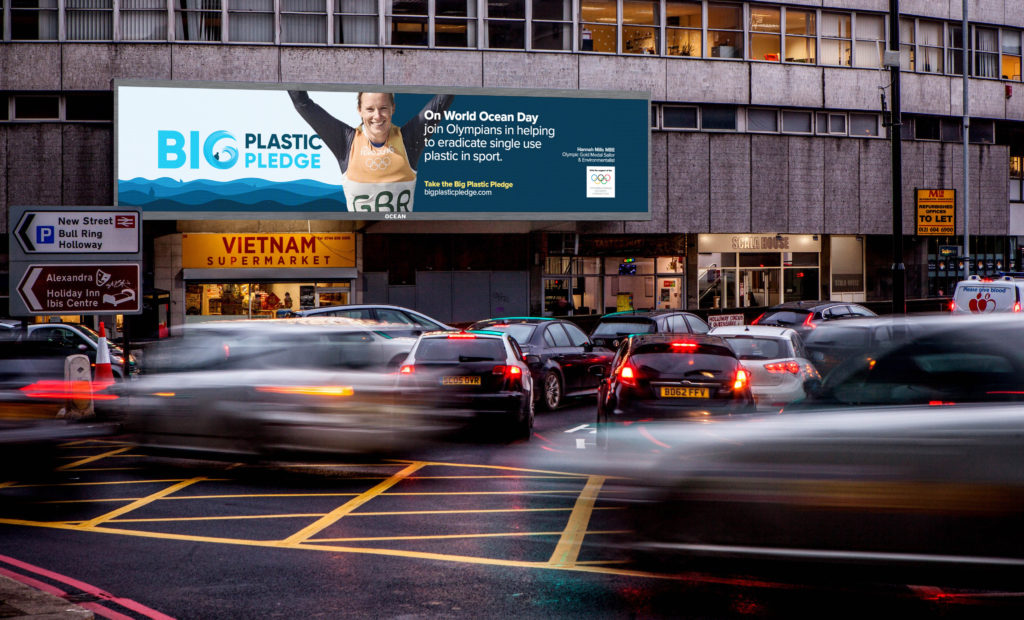 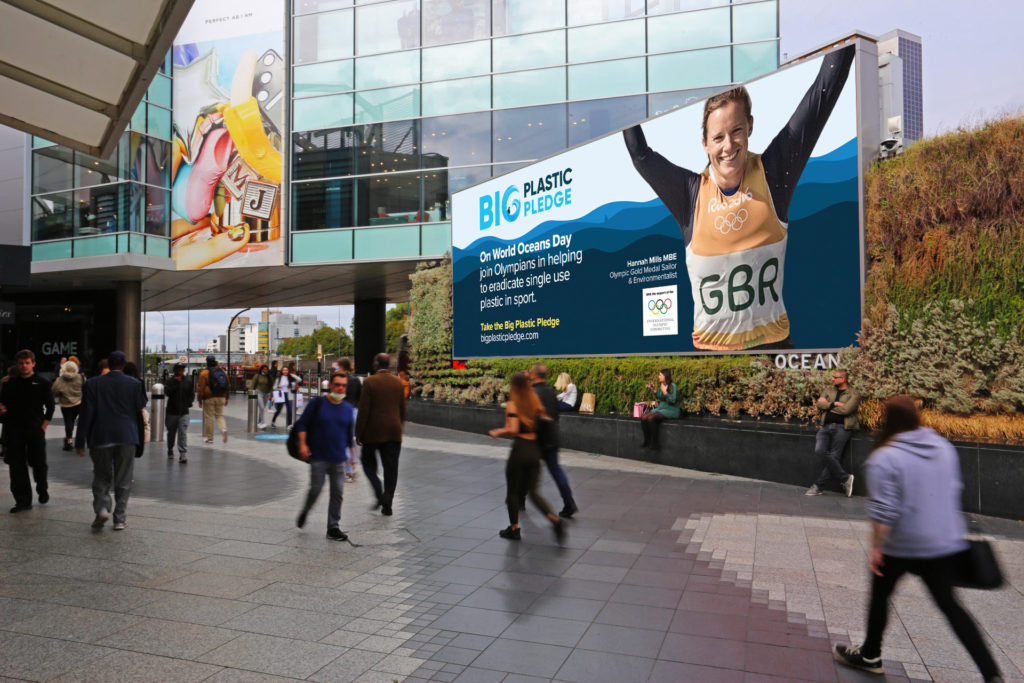 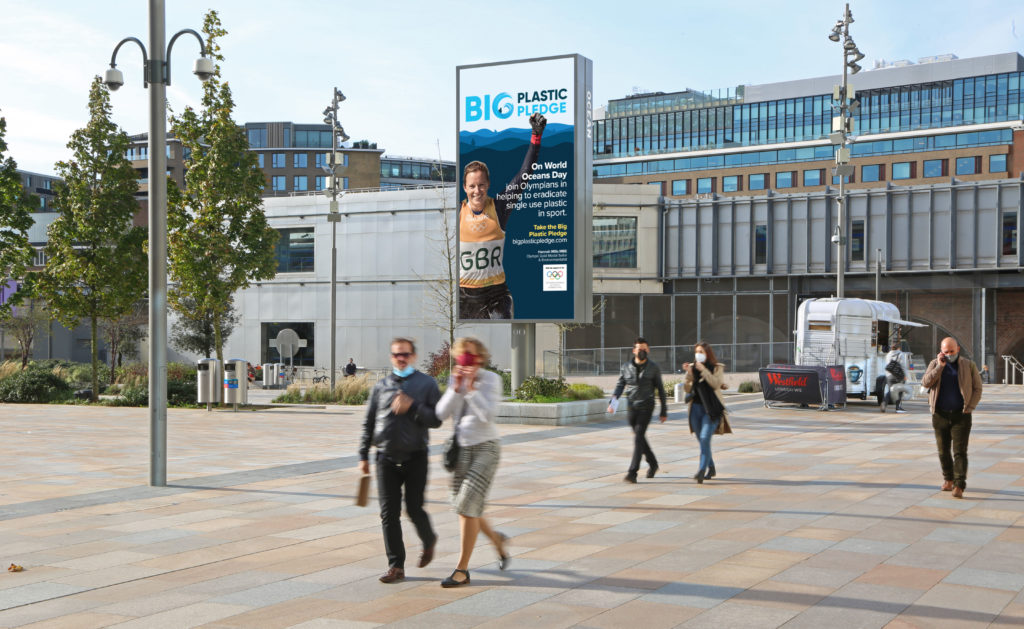 Ocean has joined with Olympic gold medal winning sailor and environmentalist Hannah Mills MBE for World Oceans Day to raise awareness about the problem of single-use plastic in sport and the wider community.

On Tuesday, June 8, an inspirational outdoor campaign featuring Hannah herself will appear on 38 large format screens in eight cities including the Birmingham Media Eyes, the Manchester Printworks and across both Westfield shopping centres in London.

The campaign, which is supported by the International Olympic Committee (IOC),  invites everyone to join Olympians in helping to eradicate the use of single-use plastic in sport and our lives by taking the Big Plastic Pledge.

Hannah, who is an IOC sustainability ambassador, launched the movement after witnessing the extent of plastic pollution in the seas as she trained and competed.

Hannah said: ”I am so excited to be partnering with Ocean Outdoor for World Oceans Day. The more we come together as different groups the more we can drive real change in sport and society.  This DOOH campaign is helping to highlight the single use plastic problem and drive national awareness of the Big Plastic Pledge and I cannot thank the Ocean Outdoor team enough for their efforts in making this happen.“

“A growing number of passionate athlete ambassadors are using their influential platforms to drive real, positive change on the issue and more and more consumers are taking the Big Plastic Pledge on a daily basis.

“We are also in the process of extending the pledge into the business community with some exciting news to follow on that front in the coming weeks. BPP will also be active before and in the run up to this year’s Summer Olympics in Tokyo,” he added.

For Ocean, the partnership is another milestone in the company’s Ocean for Oceans initiative launched in 2018 to help turn the tide on plastic pollution. Over the past three years, Ocean has supported a number of charities and high profile causes including the Marine Conservation Society, partnered with eco-fashion warriors VIN + OMI for London Fashion Week and held beach and river clean ups.

Ocean for Oceans is part of the company’s wider sustainability programme which is rolling out a new set of measures including the introduction of wildlife corridors across its out of home estate where pockets of land are being turned into local nature havens, bee and butterfly hotels.