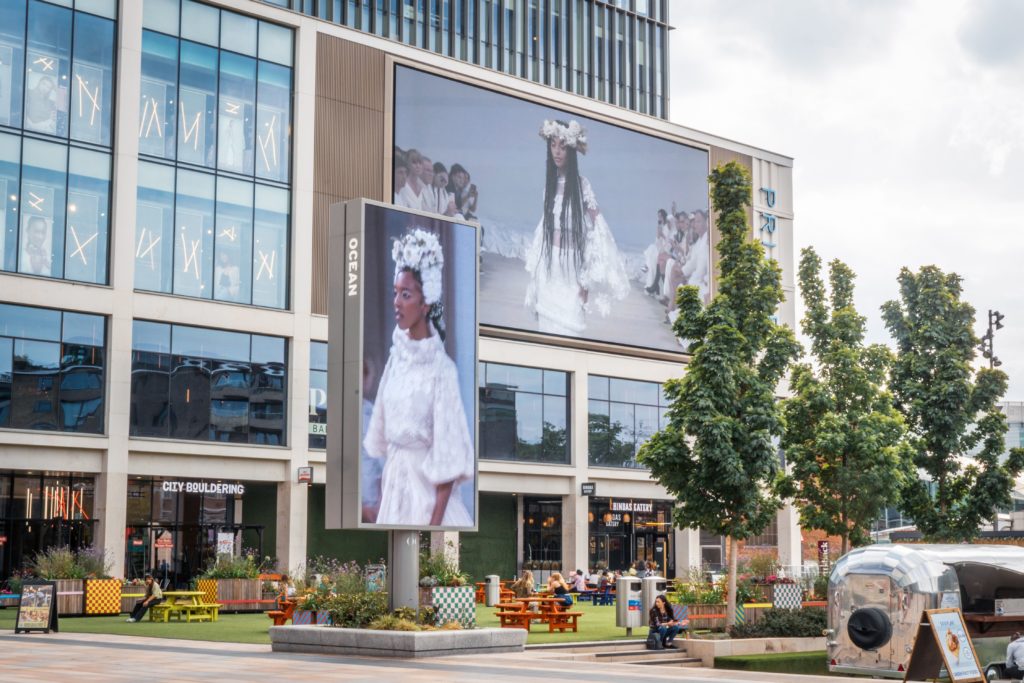 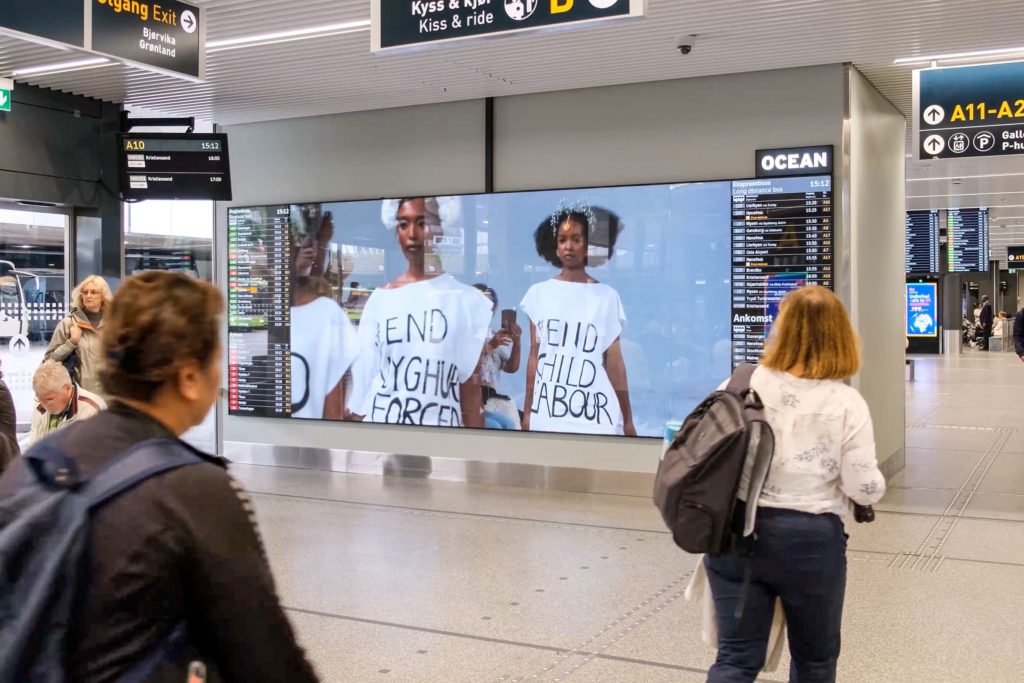 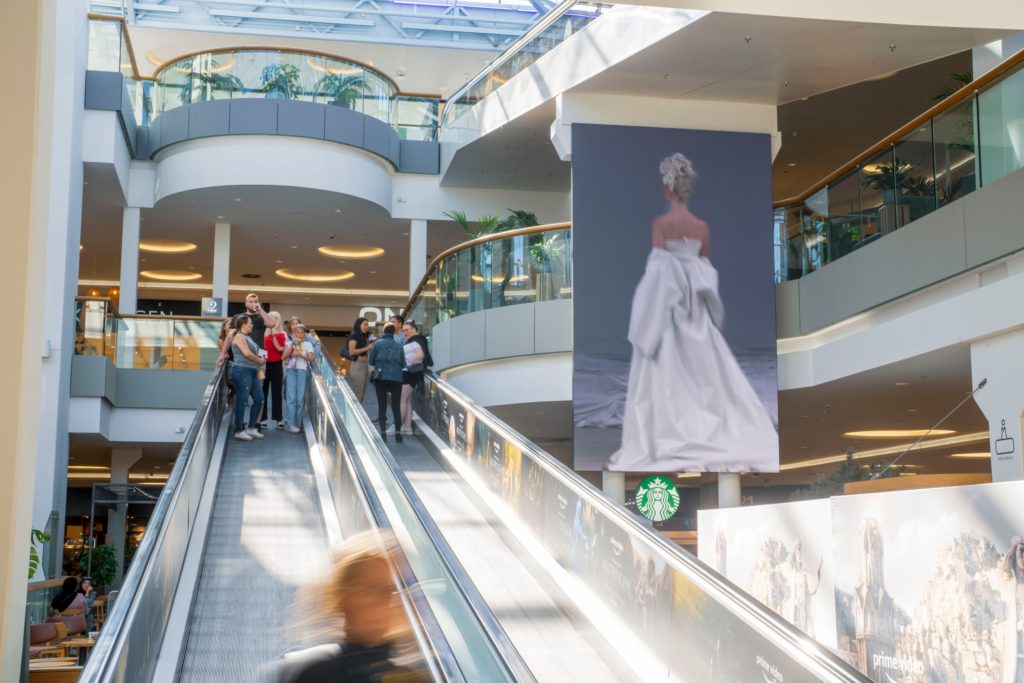 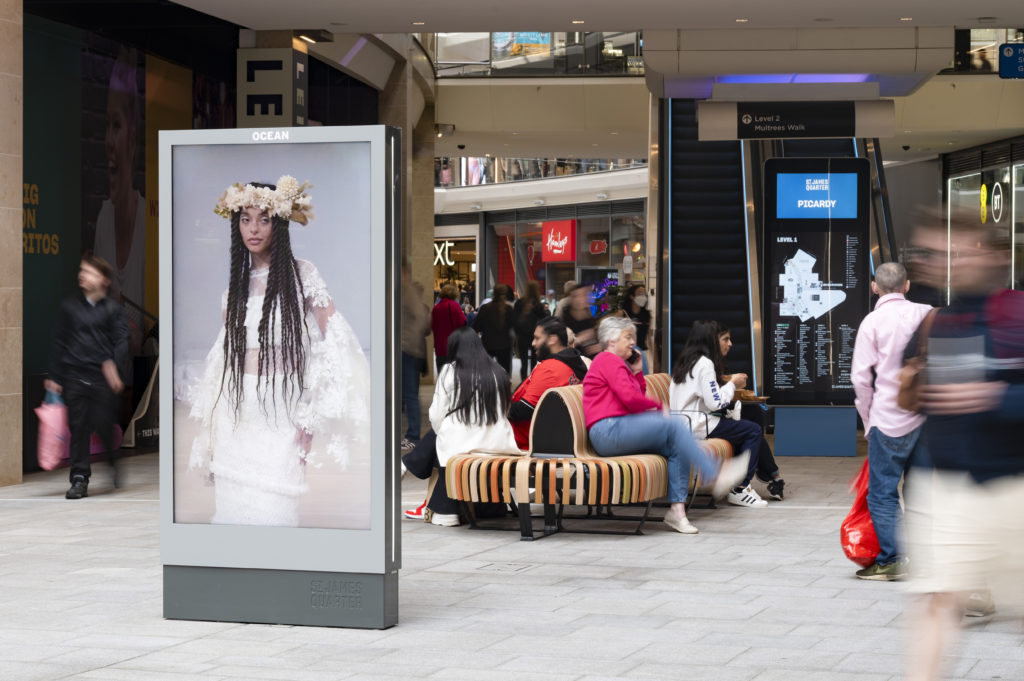 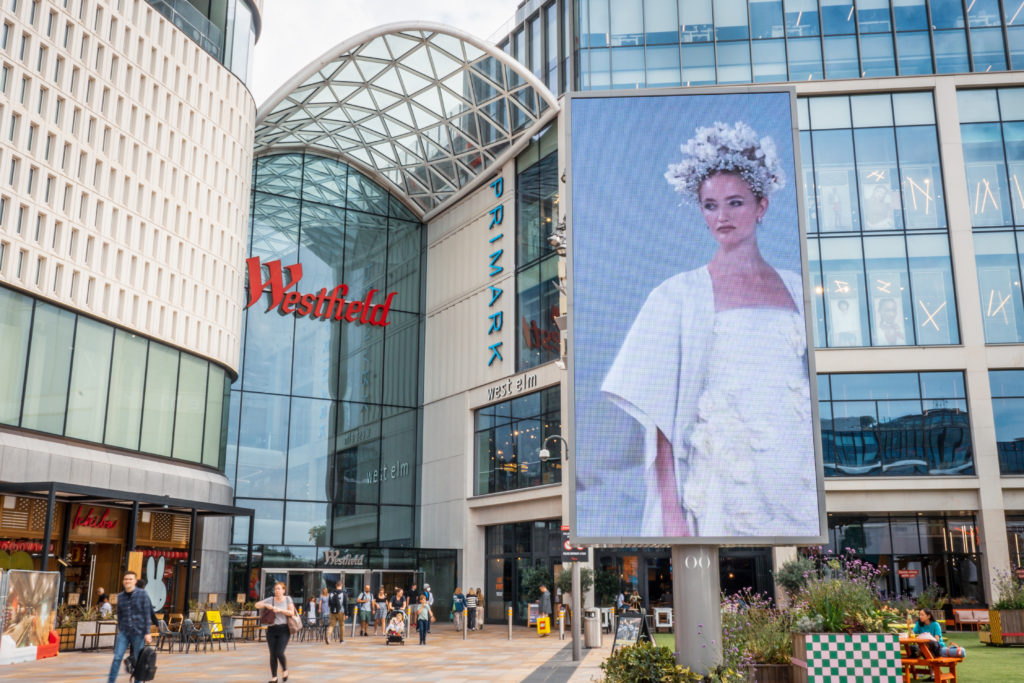 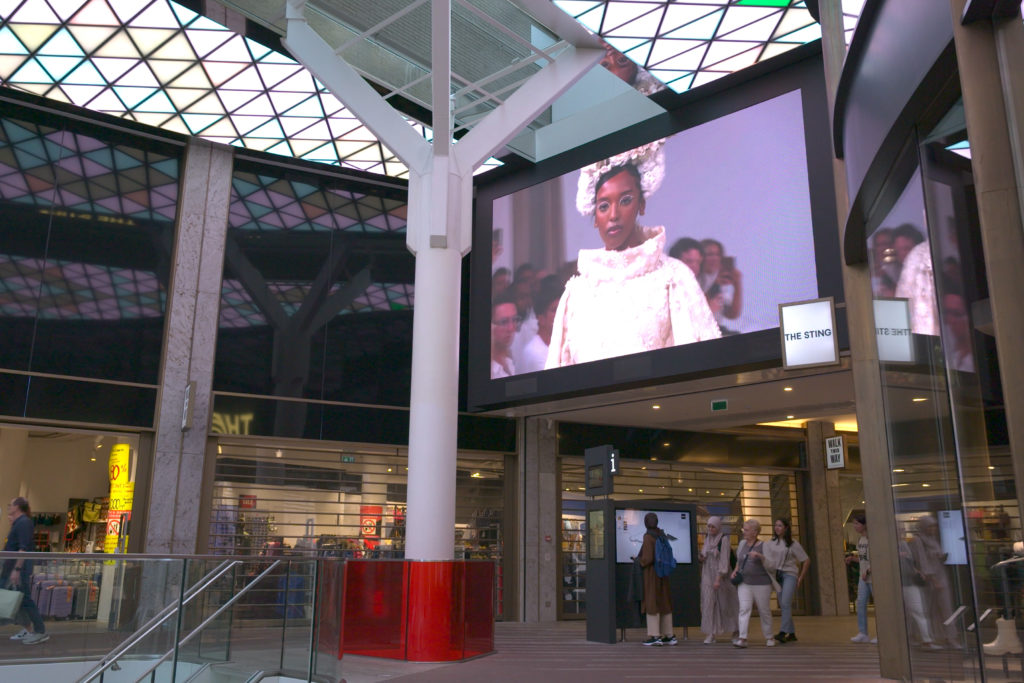 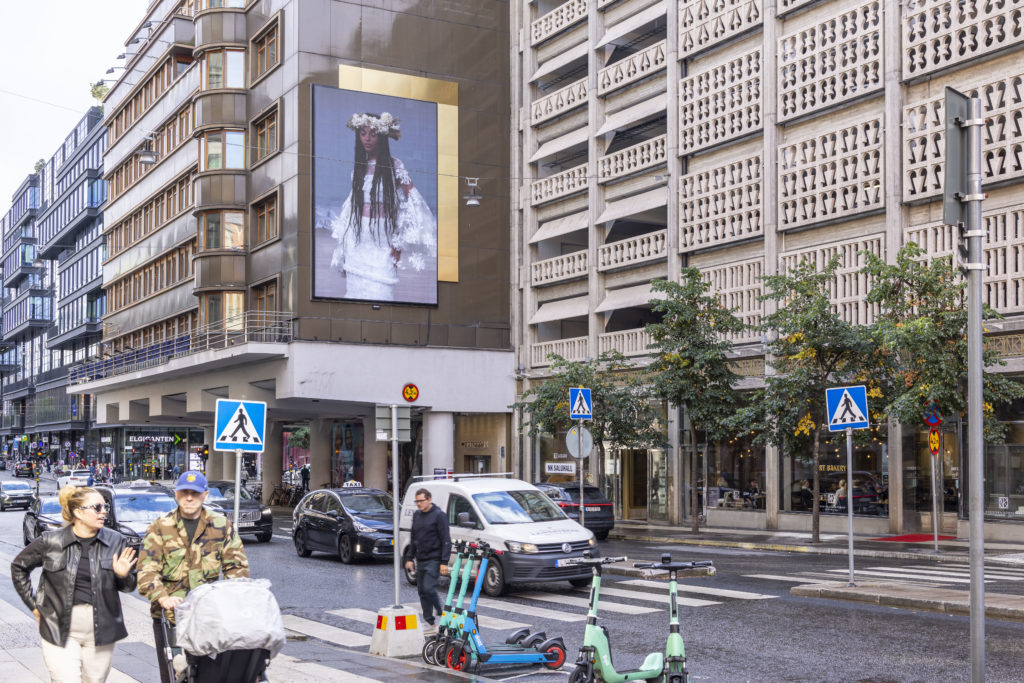 Broadcast shines a light on sustainability and worker’s rights

A world media first, the 10 minute out of home broadcast took place on Friday, September 2 in Sweden, Denmark, Norway and the Netherlands (3pm GMT); Finland (4pm GMT); and the UK (2pm BST).

Ocean’s out of home broadcast formed part of Xin’s SFW 2022 couture showcase which included a 15 minute show followed by a debate about the future of European fashion from a human rights and environmental perspective involving leading figures from the worlds of fashion, culture, politics and activism.

Called “I have a dream”, Xin’s couture fashion show opened by addressing the environmental and social impact of fashion with messages and archive footage from human rights and anti-slavery organisations, excerpts from Andrew Morgan’s 2015 docu-drama The True Cost and messages from child and forced labour survivors. A dance sequence ended with the catwalk show itself featuring 10 gowns and an over-arching hopeful message of unification, collaboration and new beginnings.

Xin’s all white 2022 women’s collection is a mixture of upcycled, deadstock and new fabrics. One of the dresses is made from fabric gifted by a Uyghur forced labour survivor featuring the traditional Uyghur Atlas pattern.

“This is the first time a fashion show has been broadcast simultaneously across multiple outdoor screens, shining a light on two important messages about sustainability and anti-slavery that, as a business, Ocean wants to support and share.”

Louise Xin said: “It has been the absolutely most beautiful and powerful experience watching people from so many different fields and industries coming together, collaborating for something bigger than ourselves.

“For this show I’ve gathered together the fashion industry, the creative industry, human rights organisations and advocates worldwide, decision makers, diplomats, and thanks to Ocean we are also involving and raising awareness for customers. Together I truly believe we can create a better future. There are so many ways to change the world. Let’s start with cloth.”

Xin’s rental-only couture label appears on red carpets, in magazine shoots and in museums and galleries.