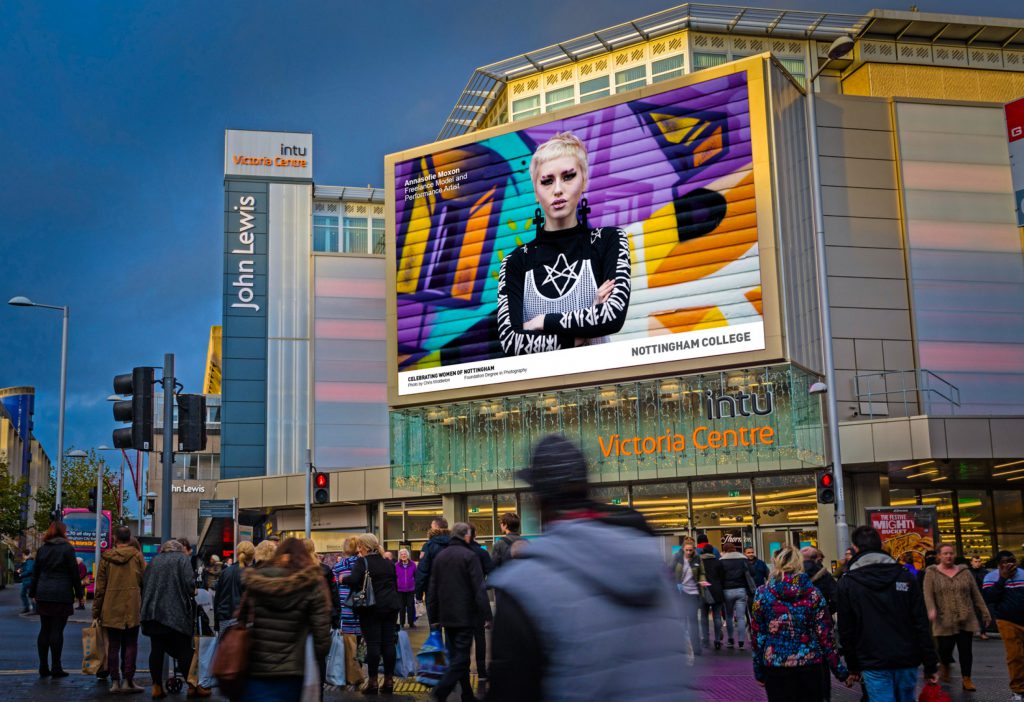 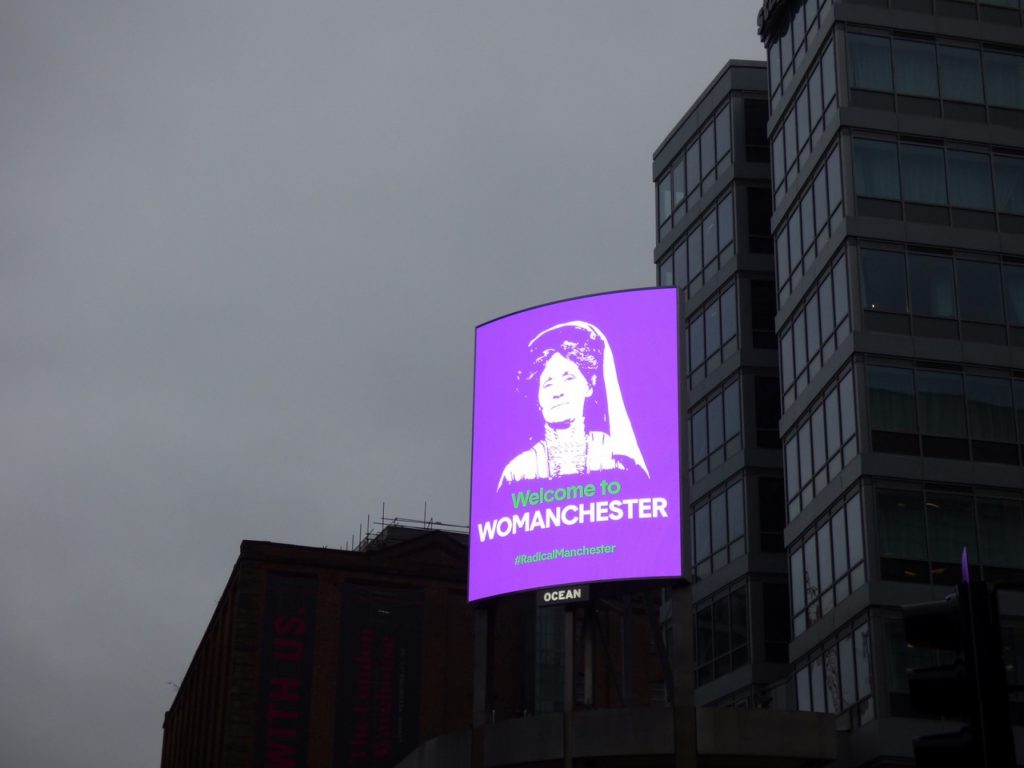 Ocean is today celebrating International Women’s Day by amplifying local initiatives that mark the centenary law anniversary that secured the right for women to vote in the UK and to promote the positive impact women have on their communities.

Photography students at Nottingham College are commemorating Women’s rights with an exhibition of 100 photographs of local women using the city’s largest digital out of home screen as a canvas for their work.

Ocean’s vast digital screen which dominates the entrance to Nottingham’s Intu Victoria Centre is being used for this showcase. Learn more about this campaign here.

A few miles north, Manchester is changing its name to Womanchester for the day as part of the #RadicalManchester campaign from Marketing Womanchester. The campaign commemorates the city’s leading role in the fight for gender equality featuring the suffragette leader Emmeline Pankhurst and “I love Womanchester” creative on Ocean’s full motion screen strategically positioned at the Gateway of Piccadilly station will hope to start conversation and reach key audiences.

Ocean has been known to support International Women’s Day over the years too. At this time in 2015, the two Cannes Lions award winning campaign for Women’s Aid – Look At Me used Ocean’s premium digital locations and exclusive LookOut technology to raise awareness of how the domestic violence charity saves lives and how society can make tangible changes in the fight against domestic violence, by not turning a blind eye. It was broadcast across three of Ocean’s screens and amplified across the world, the campaign featuring on TV channels and generating wide media comment and PR. In addition won 29 global awards. Click here to learn more.

These campaigns clearly showcases the power of Ocean’s iconic locations to inspire consumers and prime campaigns on other mediums at key natural moments.