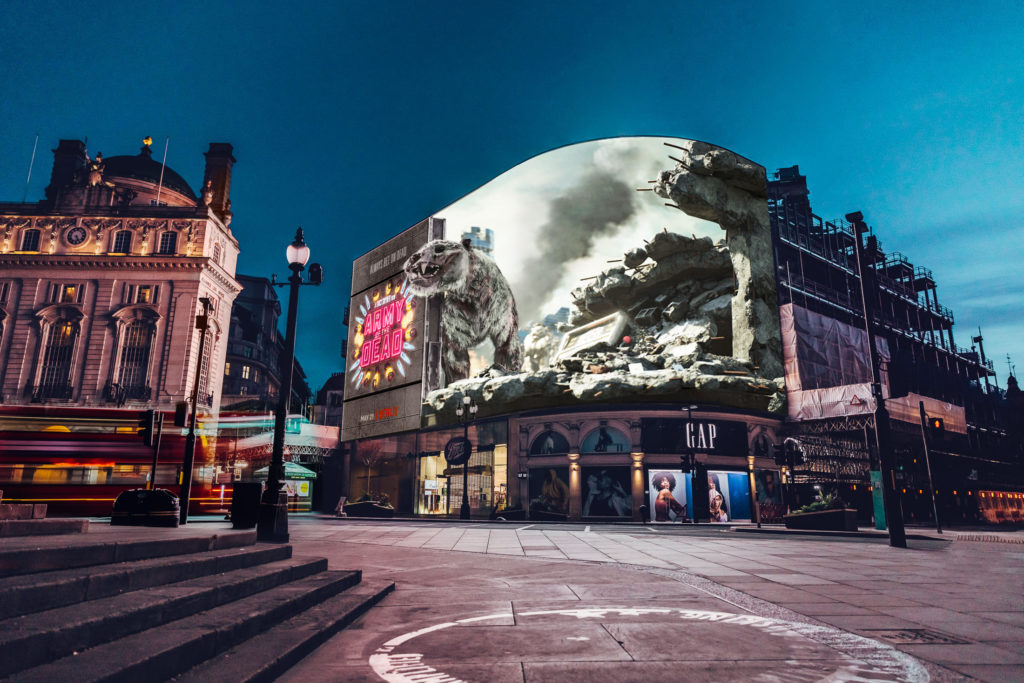 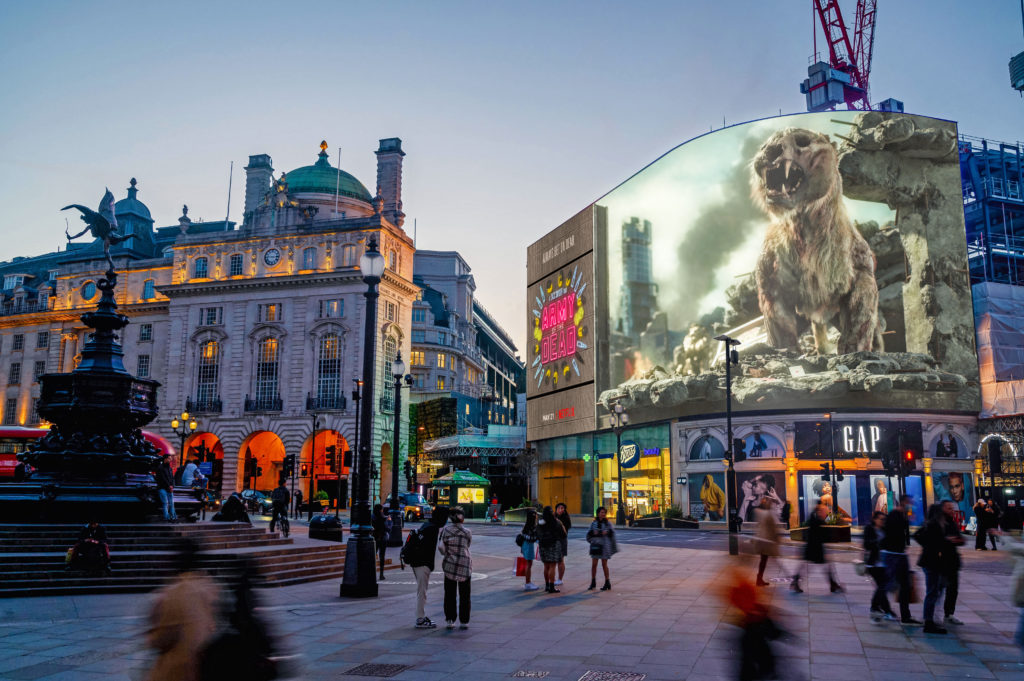 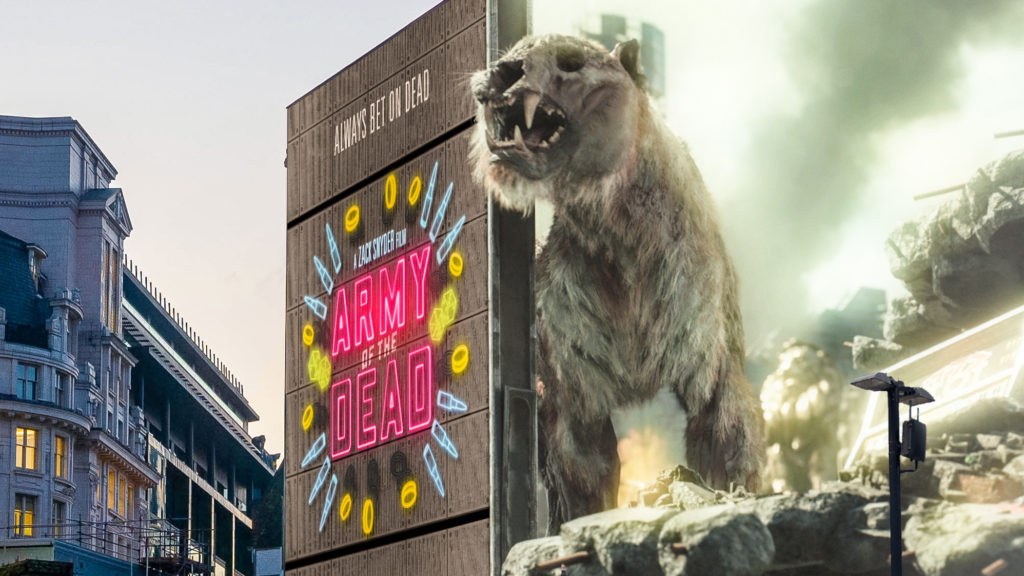 Using the entirety of the ginormous curved digital screen in Piccadilly Circus, the activation introduces Londoners to “Valentine” ‒ the terrifying zombie tiger which appears in the film.

It is the first time a moving character has been given such innovative 3-D treatment in this setting, with Landsec’s Piccadilly screen giving great depth to the background, and Valentine’s head appearing to come straight out into Piccadilly Circus in the foreground.

The activation is on rotation until midnight on May 23.

“My crack visual effects team went down to Carole Baskin’s place and used her tigers to get the movements,” says director Zack Snyder about Valentine’s creation.

After initially struggling to find a real-life tiger to base Valentine on, Marcus Taormina and his team stumbled across Baskin’s Big Cat Rescue, pre-Tiger King fame, who “were happy to hear that we were using visual effects to create the big cat, versus using a practical tiger because of the inhumane ways that they had been treated over the years.”

“We flew to Tampa, Florida, and were introduced to Carole Baskin,” continues Taormina. “Later on, I guess it was probably four or five months in, my wife was watching something, and from the other room I heard this familiar voice. And there’s Carole on the TV.”

Premiering on Netflix on May 21, ARMY OF THE DEAD is one of the most highly anticipated blockbusters of the summer. Following a zombie outbreak in Las Vegas, the film sees a group of mercenaries, led by Dave Bautista’s Scott Ward, take the ultimate gamble, venturing into the quarantine zone to pull off the greatest heist ever attempted.

This isn’t just any billboard. This is a @zacksnyder Army of the Dead 20m tall 3D #zombietiger billboard. pic.twitter.com/B2tZnl10bD