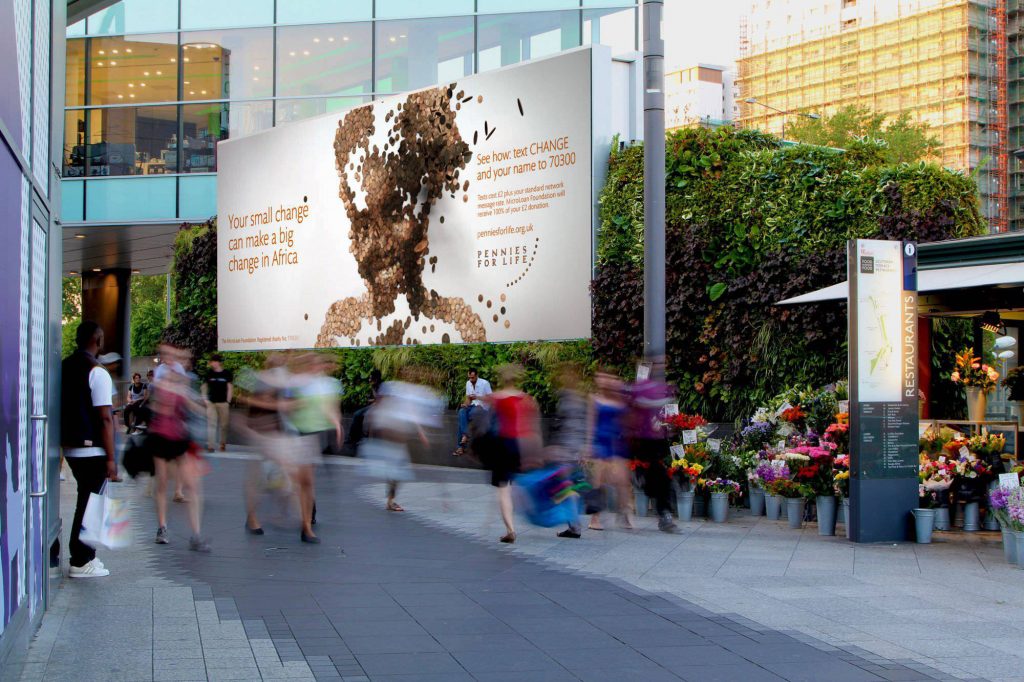 Congratulations to DLKW Lowe and The Microloan Foundation for winning a Cannes Lion Gold Award.

The Microloan Foundation were a winner of Ocean Outdoor’s 2011 Digital Creative competition. The campaign ran in March 2012 at Westfield’s Eat Street and raised enough money to fund the start up of 21 businesses for Women in Africa.

Ocean have been running the Digital Creative competition for two years and each year a winner has gone on to be nominated for a Cannes Lion – British Airways were nominated for 3 last year.