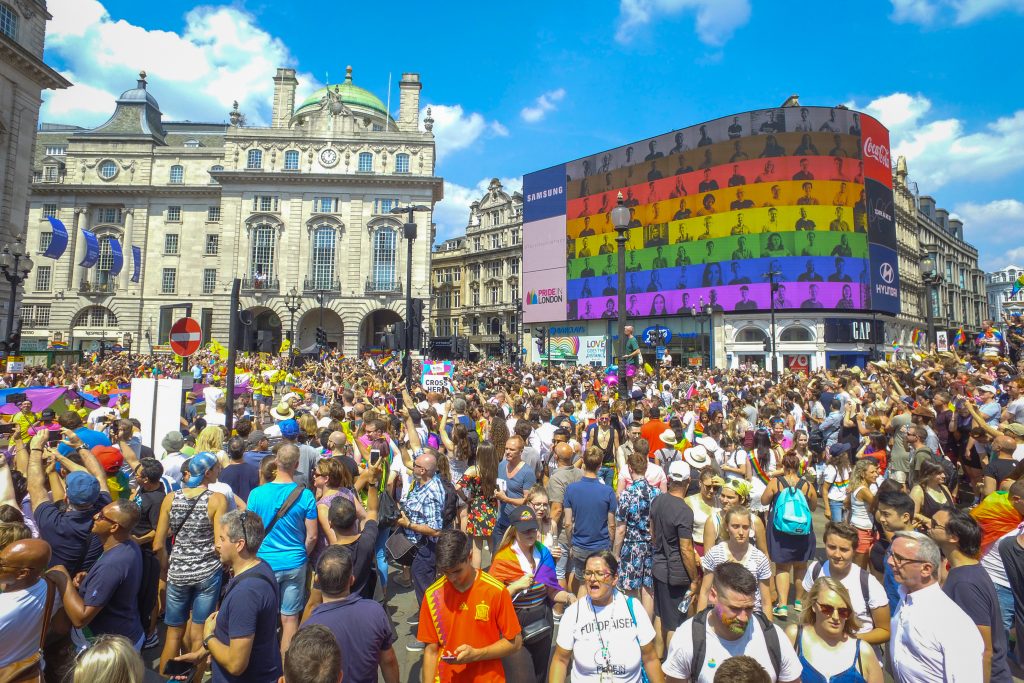 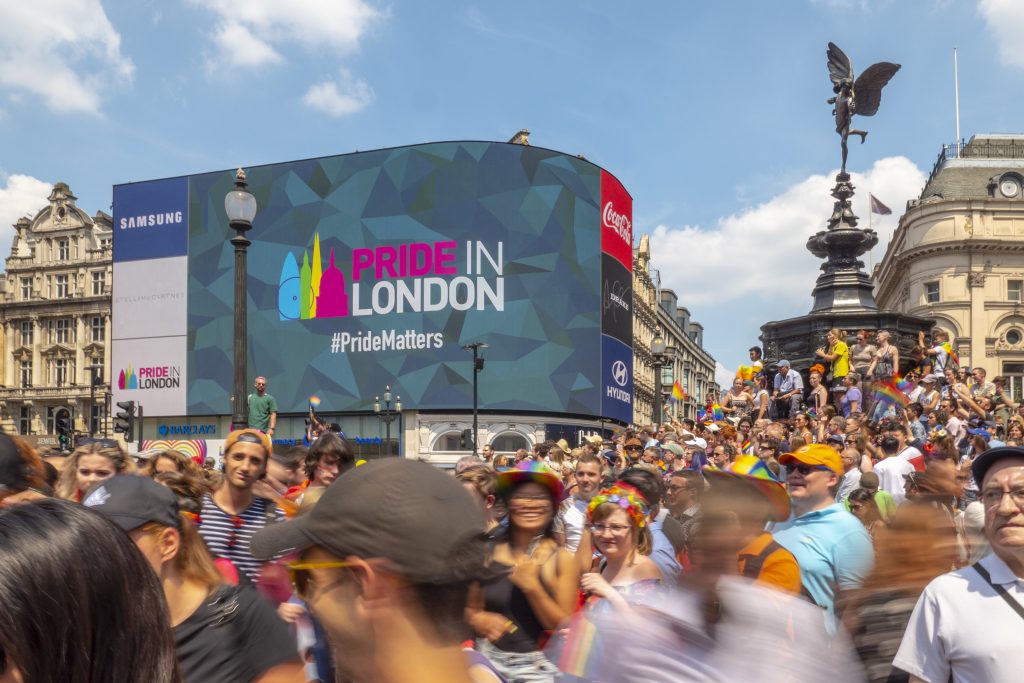 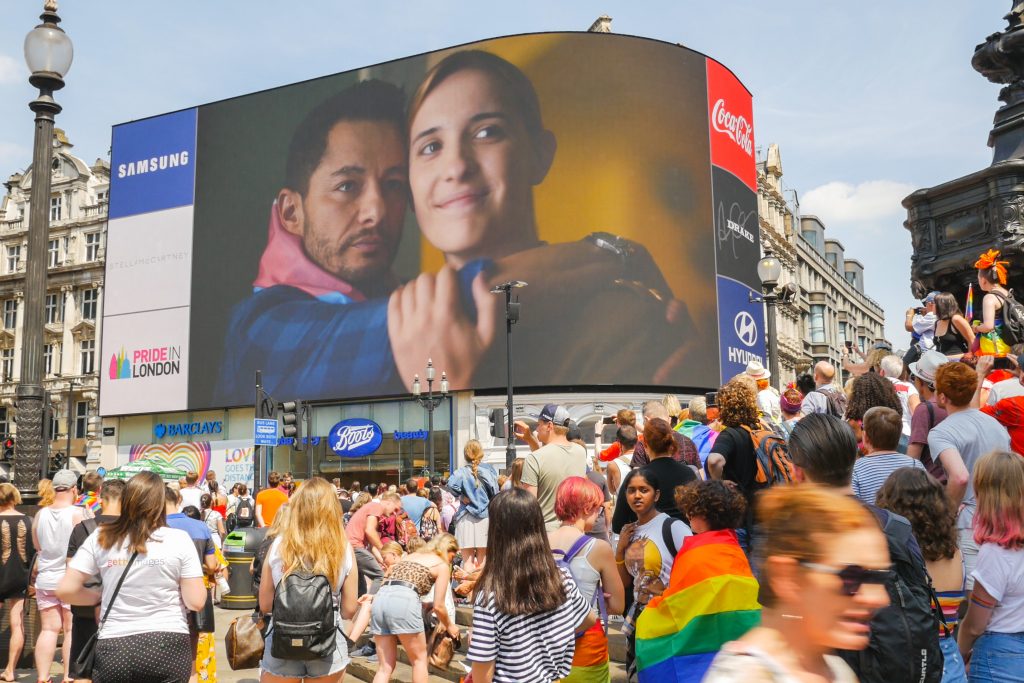 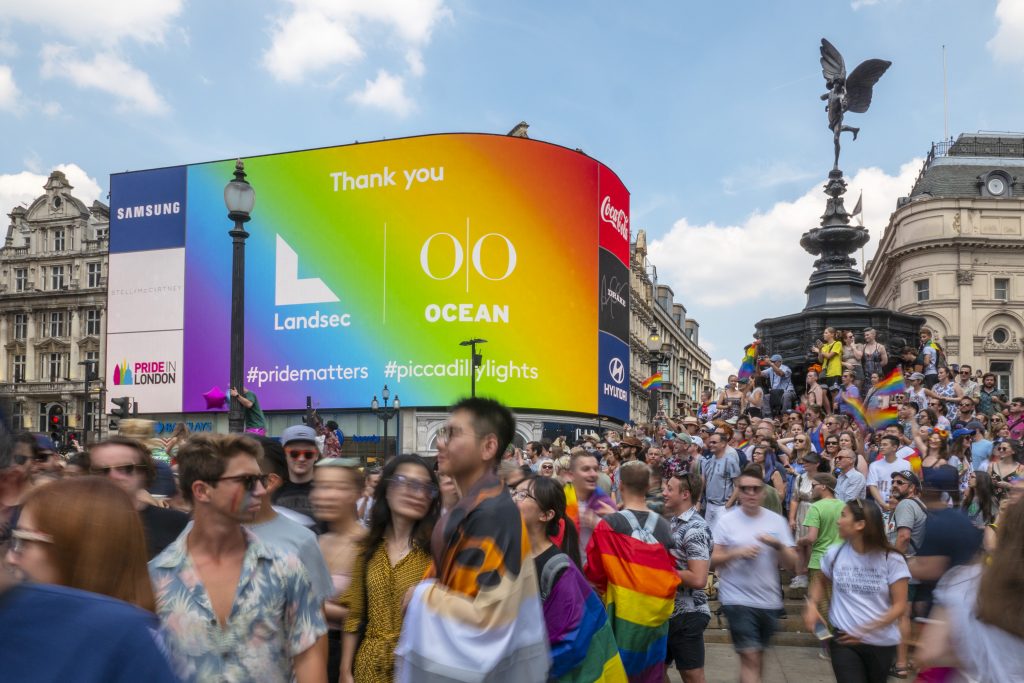 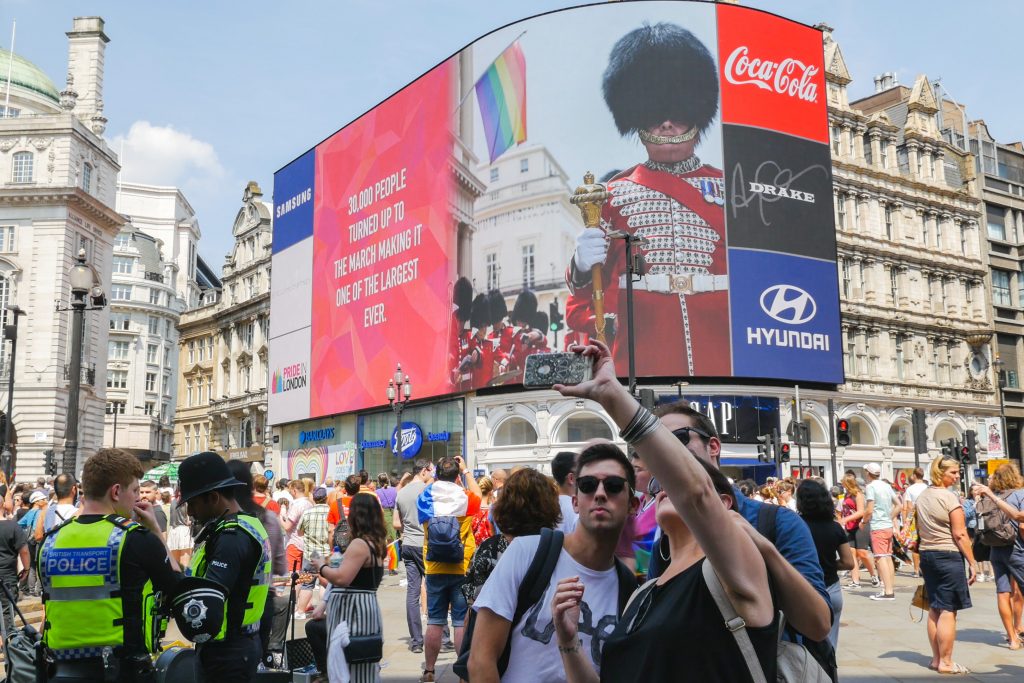 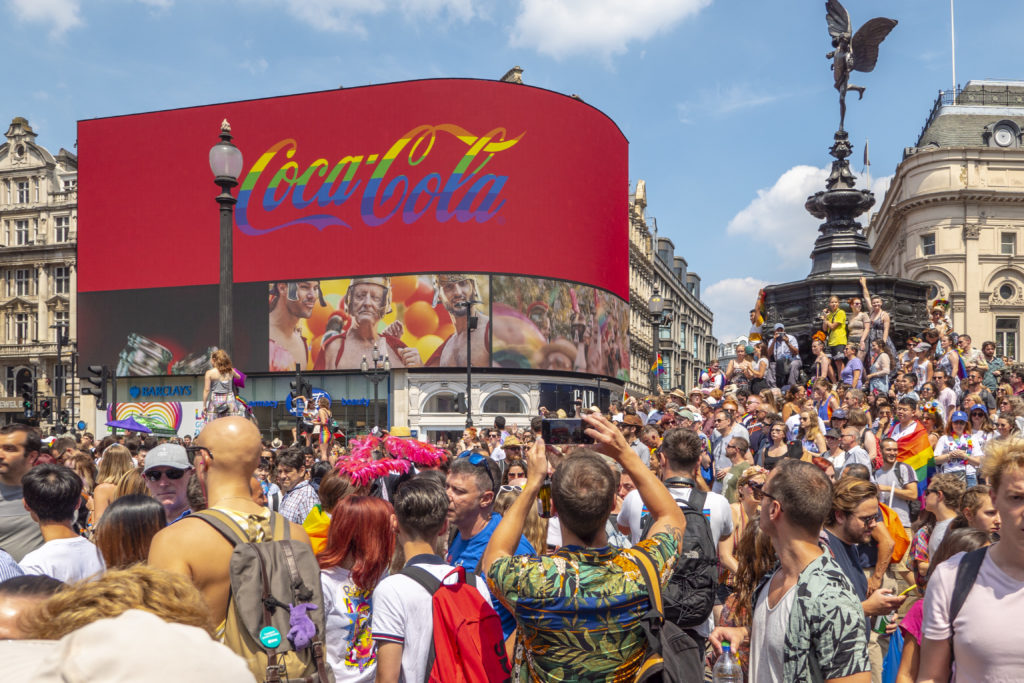 Landsec’s Piccadilly Lights, the world’s most famous advertising screen, joined Pride in London for a colourful celebration including the first ever audio-synched campaign of the #PrideMatters anthem.

Ahead of the Parade, a sequence featuring LGBT+ community members and Pride images provided by Getty Images, dominated the full motion display.

Adding to the party atmosphere was the first ever audio-synched campaign of the Pride in London anthem Somewhere Over the Rainbow.

Scott Parsons, managing director of Retail and LGBT+ ambassador at Landsec said: “Landsec is passionate about building a culture of inclusivity in which everyone, regardless of their gender or sexuality, can flourish across our business. We’re therefore thrilled to be able to support London Pride.”

Coca-Cola meanwhile showcased a scene from its Coke Zero advert Mr Hadley across the screen with the tagline Celebrate Your True Colours.

The activity was a partnership between Pride in London, Landsec, which owns the Piccadilly Lights and Ocean. The current six advertisers occupying the Lights continue their presence on either side of the screen as the Pride in London celebration played out.

Once the parade reached Piccadilly Circus from Regent Street, marchers in the 20,000 plus strong LGBTQ+ parade featured on the screen as they passed through towards Pall Mall, Trafalgar Square and onto Whitehall.

The parade’s big on-screen moment was triggered by the Mayor of London Sadiq Khan.