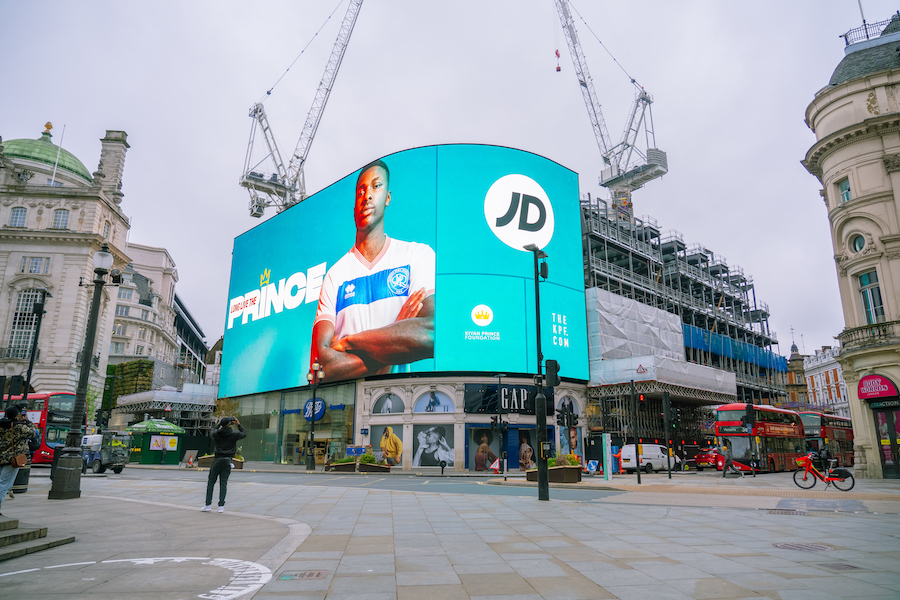 Fifteen years ago, football prodigy Kiyan Prince lost his life. Now the Kiyan Prince Foundation is honouring the player he was destined to become.

In 2006, Kiyan died from a single fatal stab wound in an attack outside his school. He was 15-years-old. At the time, Kiyan was a promising youth team player at Queens Park Rangers.

To mark his 30th birthday, Kiyan was yesterday officially re-signed by QPR and given the squad number 30.

And a computer-generated playable character depicting Kiyan as he might look aged 30, is available for selection on EA Sports’ FIFA 21 computer game.

Kiyan’s likeness also features on some of the UK’s most iconic billboards including Westfield London and Leicester Square, supported by Ocean, and on the iconic Piccadilly Lights as part of a JD Sports ad campaign.

‘Long Live the Prince’ was created pro bono by Engine, in collaboration with EA and the Kiyan Prince Foundation, set up by his father in 2007. All proceeds raised by the campaign will go directly to the foundation.

You can play Kiyan in @easportsfifa wearing @adidasfootball boots. Collect him in @toppsmatchattax or see him on the team sheet @officialqpr.