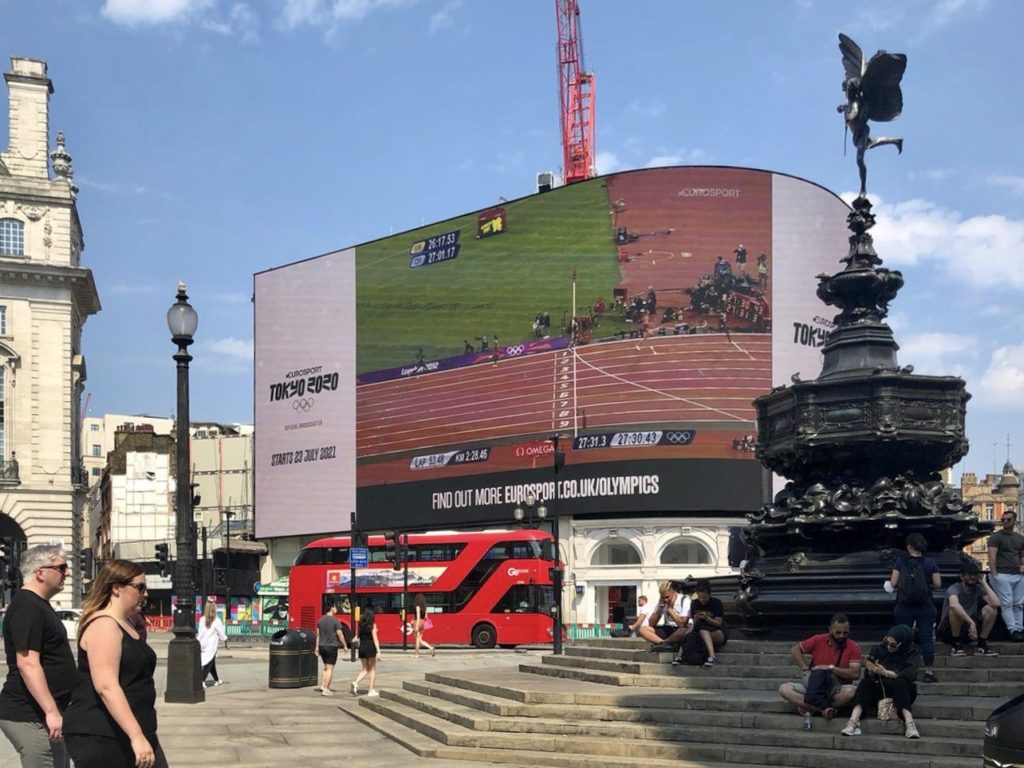 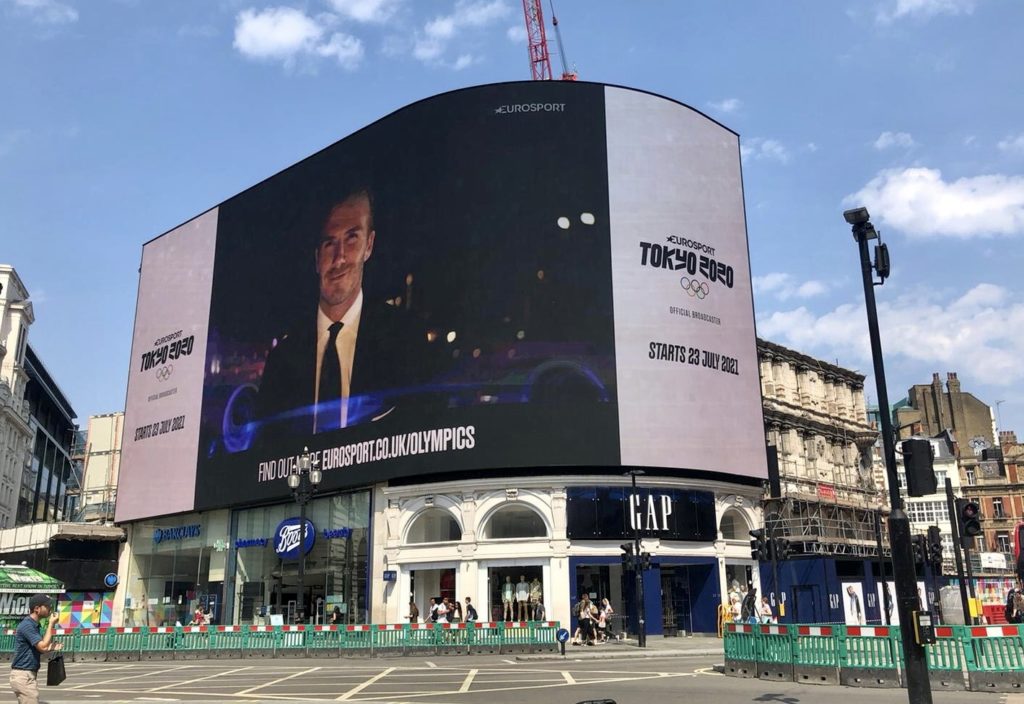 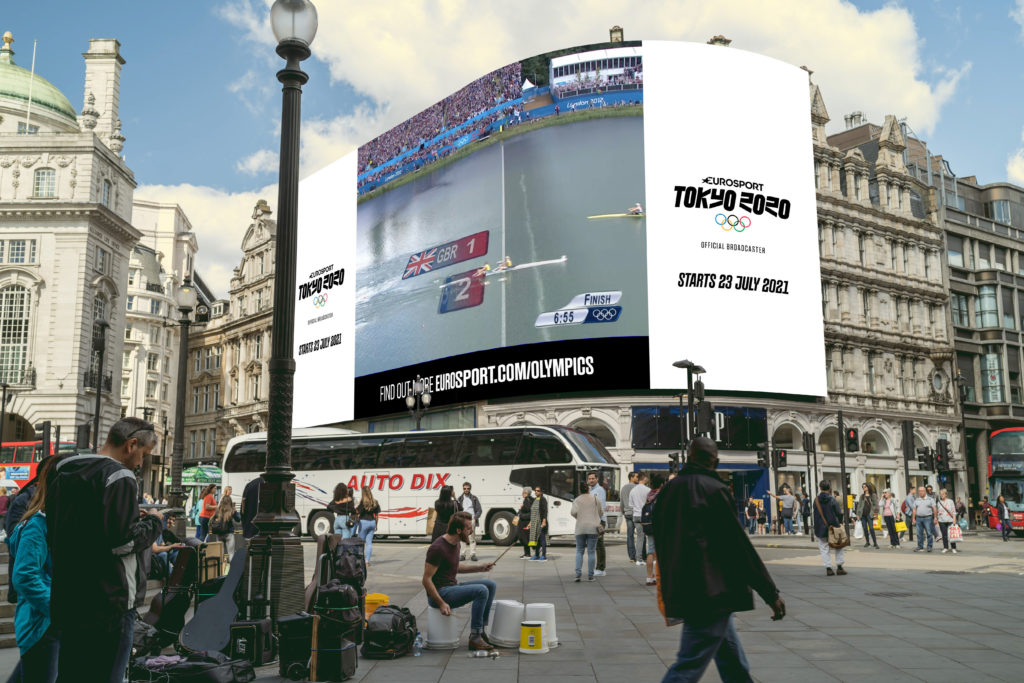 On August 9 at 12 noon, Eurosport, Home of the Olympics in Europe* and Ocean, an official partner of the British Olympic Association, mark what would have been the Closing Ceremony of Olympic Games Tokyo 2020 by reliving the historic Olympic Games London 2012 on the Piccadilly Lights.

The spectacular takeover opened with memorable highlights from the London 2012 Opening Ceremony, with football legend David Beckham driving a speed boat down the Thames accompanied by footballer Jade Bailey holding the torch. The moment marks David Beckham’s first appearance on the Piccadilly Lights.

Gold medal performances from Team GB’s Mo Farah, Jessica Ennis-Hill, Bradley Wiggins and Andy Murray will also be spotlighted, along with some of the best action from the velodrome, rowing and boxing events.

Simon Downing, head of factual and sport Eurosport UK said: “We are delighted to partner with Ocean Outdoor for this Olympic showcase. It’s fantastic to relive some of the greatest moments in sporting history – which we all look back on fondly. It’s memories like these which really bring the world together, which perhaps is needed now more than ever. The Olympic Games have the ability to touch and inspire everyone, and we are thrilled to be part of it.

“We now look forward to Olympic Games Tokyo 2020, where Eurosport will deliver the most comprehensive coverage ever, engaging fans across all platforms – TV, video streaming, online and social. Eurosport is the only destination where fans can watch every minute of every sport featuring every athlete. Plus, for the first time, offering tailor-made and personalised content for fans, featuring their favourite sports, athletes and experts – ensuring an unrivalled digital experience.”

Ocean head of content and sponsorship Kevin Henry said: “This is Ocean’s first collaboration with Eurosport. There are hopes to extend this content partnership into 2021 to potentially include the wider Eurosport and Discovery Networks UK & Ireland portfolios.”

Presented in association with Landsec, owners of the Piccadilly Lights, commercial media manager Derek Manns said: “All of us are missing the live action from Tokyo this summer which in normal times would have provided a wonderful spectacle for Piccadilly audiences. In its absence, Eurosport and Ocean’s showcase allows us to unite everyone once again through the spirit and joy of London 2012.”

Eurosport will be the only destination that fans can watch every minute of every sport, featuring every athlete, live and on-demand across all screens from the Olympic Games Tokyo 2020, with the most comprehensive digital coverage of an Olympic Summer Games. All the action will be supplemented by real-time digital and social media coverage, which – for the first time – will include personalised and tailor-made content for fans. Eurosport’s year-round multi-sport coverage extends to showing more than 70% of the Olympic sport disciplines on its channels.

*Excludes Russia. Discovery/Eurosport will be an Official Broadcaster in the UK and France in 2020.