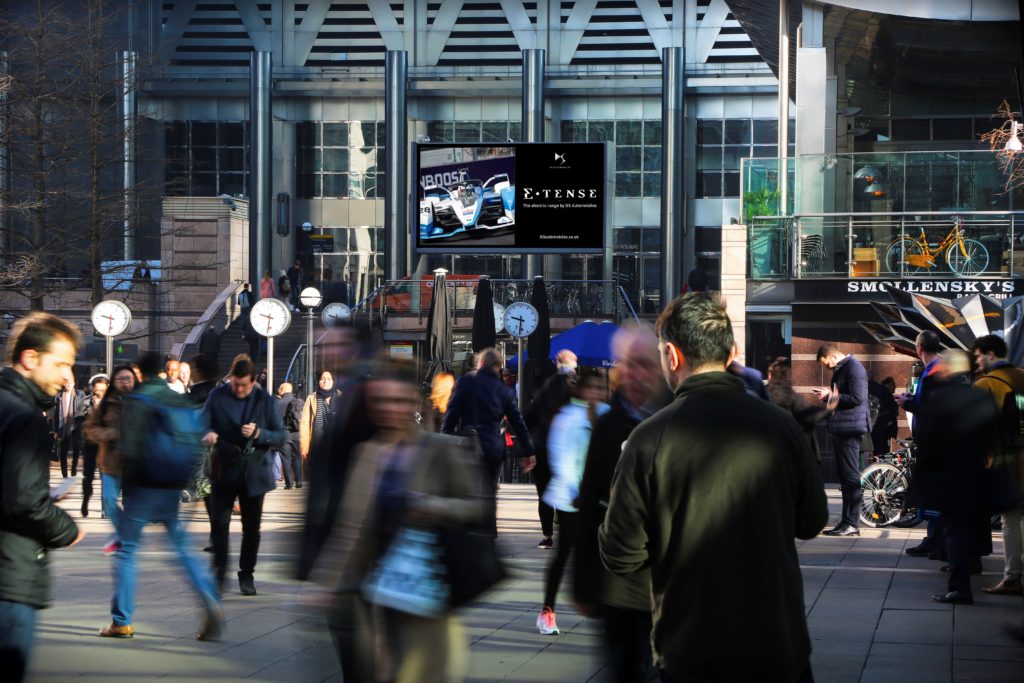 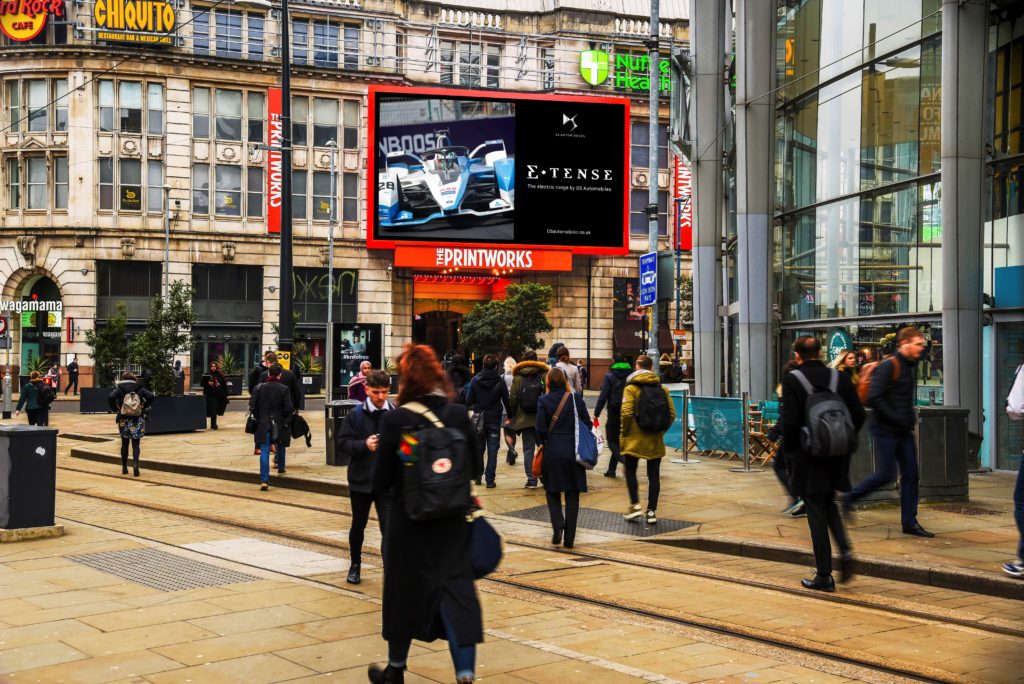 DS Automobiles has been announced the brand partner for Ocean’s exclusive coverage of the ABB FIA Formula E Championship.

In a multi-screen outdoor and TV broadcast deal brokered by Mediacom and the Infinitum Entertainment Group, DS Automobiles becomes the commercial sponsor of Ocean’s race coverage for the season which concludes with a double-header finale over two days in New York this July.

Infinitum director Ago Di Falco said: “It’s an innovative marketing partnership bringing together DS, Mediacom, Formula E and many other parties, resulting in an integrated campaign that hangs together across many platforms.”

Ocean head of content and sponsorship Kevin Henry said: “This is the first time Ocean has been integrated in an all-screen broadcast sponsorship deal. It will see up-to-the-minute highlights of all the remaining races, unfolding across Ocean screens in England and Scotland, and exclusively branded by DS Automobiles.”

Coverage on 14 Ocean screens in nine UK cities continued over the weekend with spectacular coverage of the first European race in Rome. Eleven teams and 22 drivers are competing in the 2019, Formula E Season 5.

Last November, Ocean became an official media partner of the ABB FIA Formula E Championship, in an exclusive out of home partnership.

Mark Blundell, UK marketing director at DS Automobiles, commented “We’re proud of our long-standing involvement in Formula E where we joined in season 2 as the first premium brand involved.  Since then, we’ve enjoyed regular successes and been an annual podium-finisher in this exciting city-located sport. Our involvement has accelerated the development of our electrified road cars, that we also brand E-TENSE. With all models in our new range offering electrified versions in 2019, DS is superbly positioned to bring its savoir faire and advanced technology on track to benefit the performance of our customers.”

The Formula E circuit moves to Paris on April 27, then Monaco (May 11), Berlin (May 25) and Bern (June 22), ending with a dramatic double race finale in New York on July 13 and 14 when the all-important championship title will be decided.

London returns to the Formula E calendar as a host city in summer 2020 when the E-Prix takes place around the Royal Docks and ExCel London.