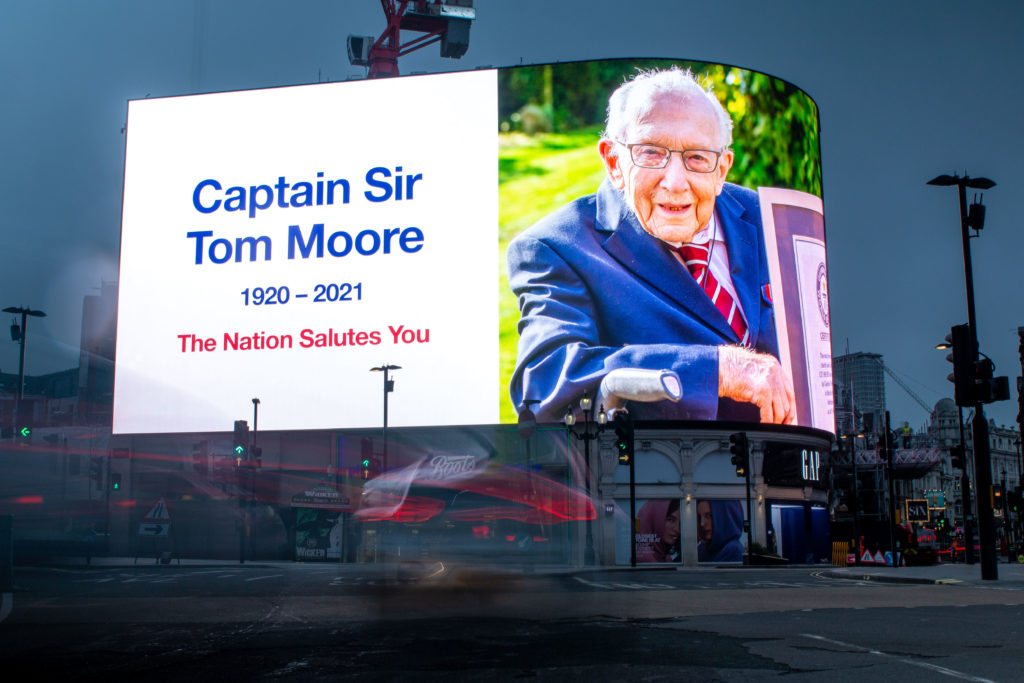 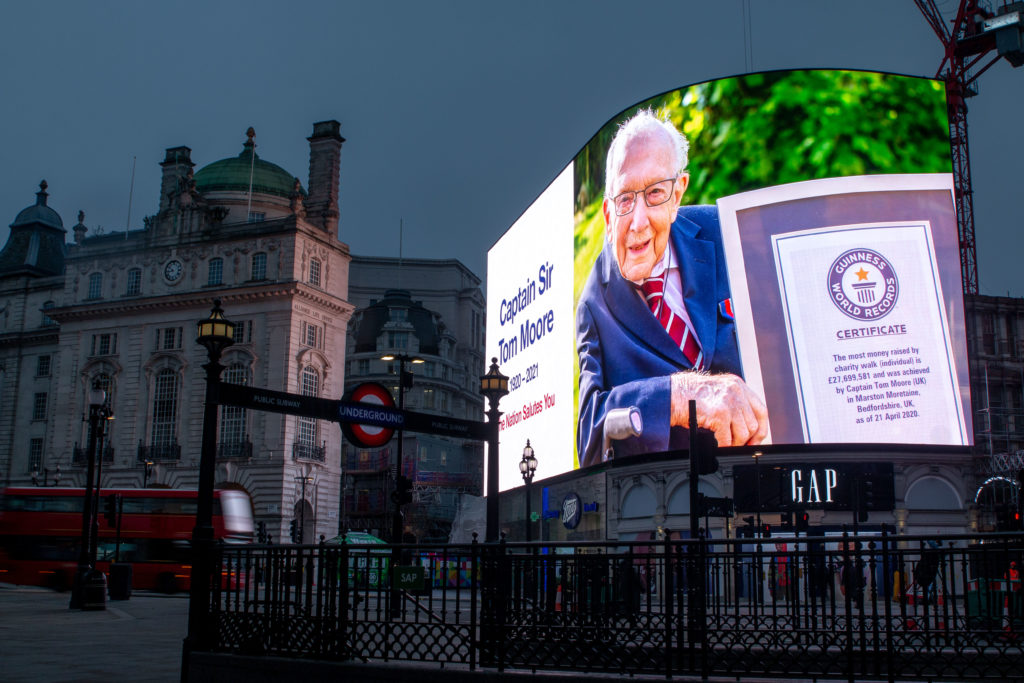 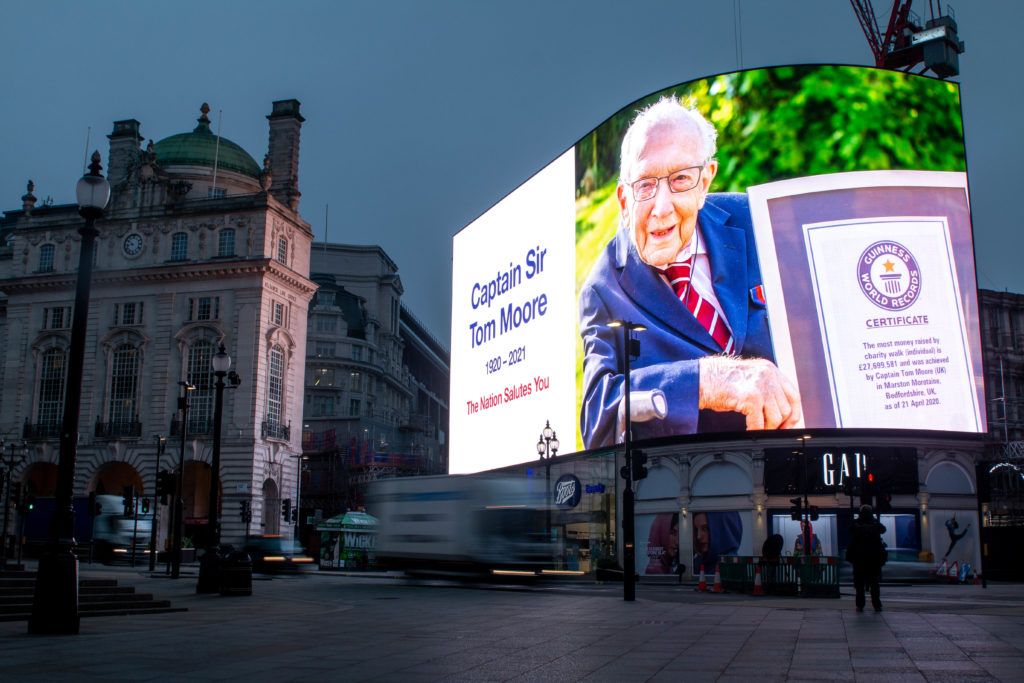 The Piccadilly Lights in London and other national landmarks paid their respects to Captain Sir Tom Moore last night.

Landsec’s Piccadilly Circus screen is carrying a final salute to the war veteran. Other landmarks including the Blackpool Tower, Wembley Stadium and London Eye were bathed in blue, while flags flew at half-mast.

Captain Sir Tom captured the heart of the nation by walking 100 lengths of his garden to raise more than £32 million to support the National Health Service and other charities in the grip of the pandemic.

This remarkable achievement was celebrated by the Piccadilly Lights last year, with a further message appearing to celebrate the World War II hero’s 100th birthday on April 30 2020.

Captain Sir Tom’s extraordinary efforts reminded us all that it’s never too late to make a difference.

And his message inspired many others to walk in his footsteps, with six-year-old Tony Hudgell and 104-year-old Joan Willett also completing their own personal challenges.

Captain Sir Tom Moore lifted and united the nation through his life, optimism and gracious spirit.

He was the hero who gave us all hope.