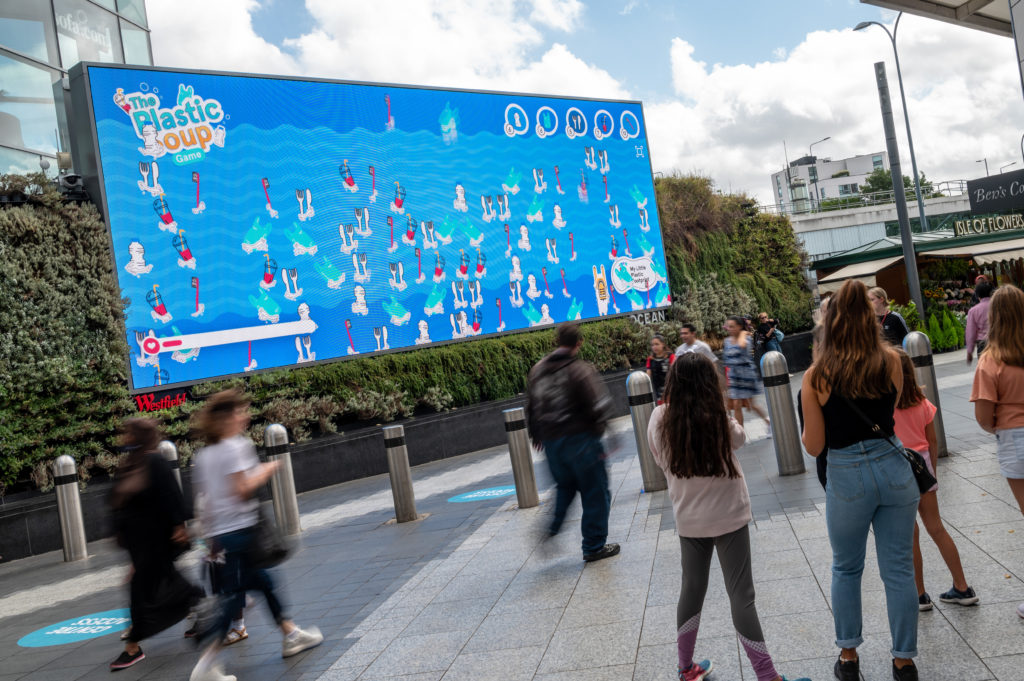 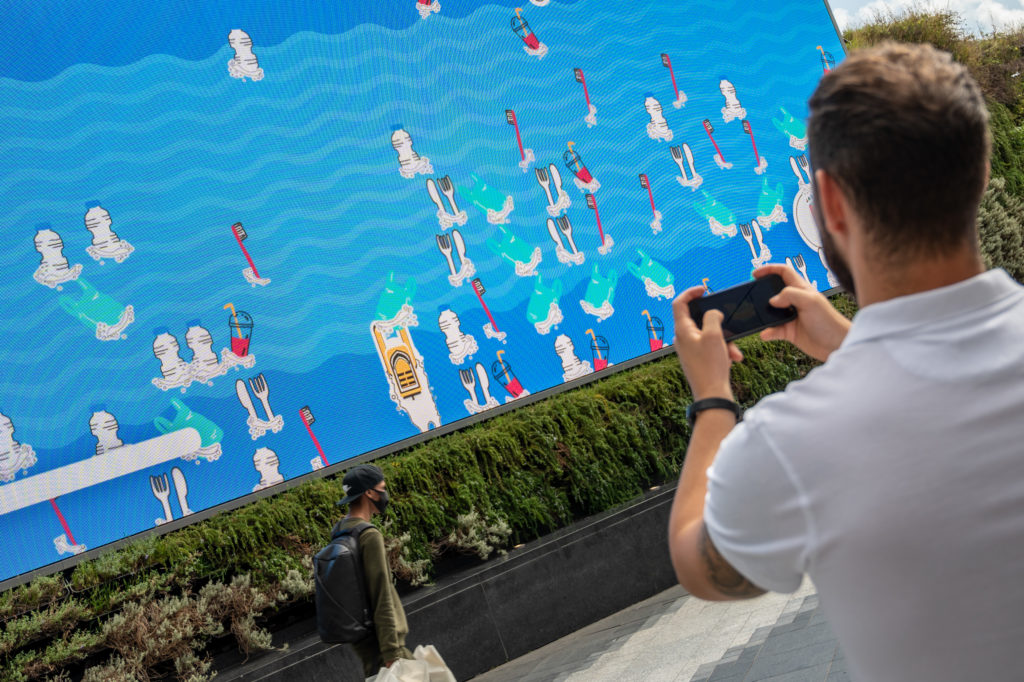 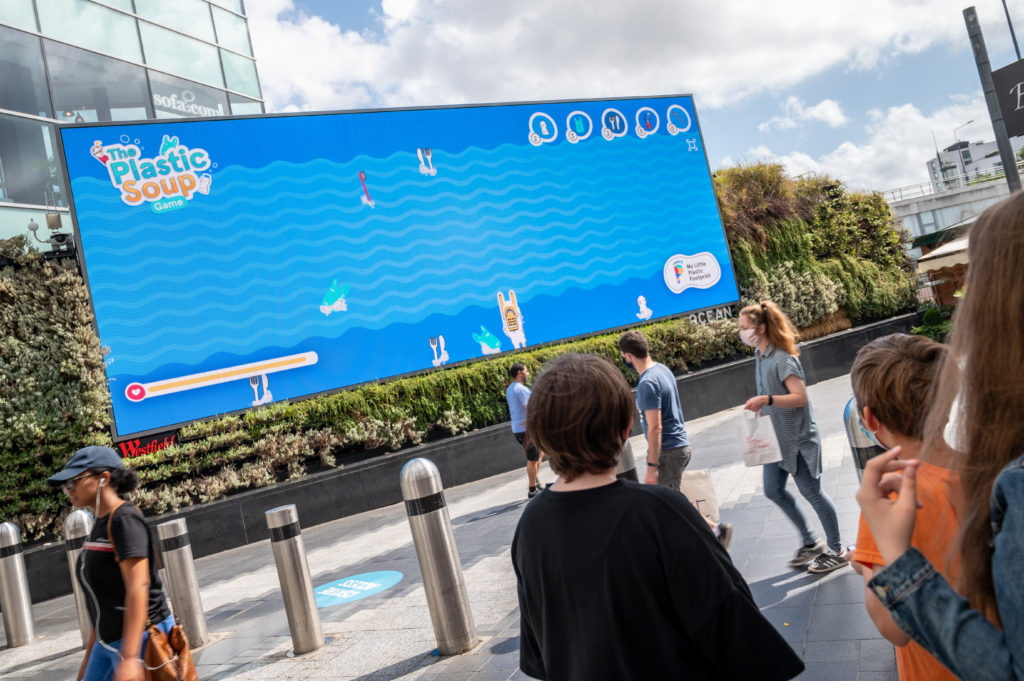 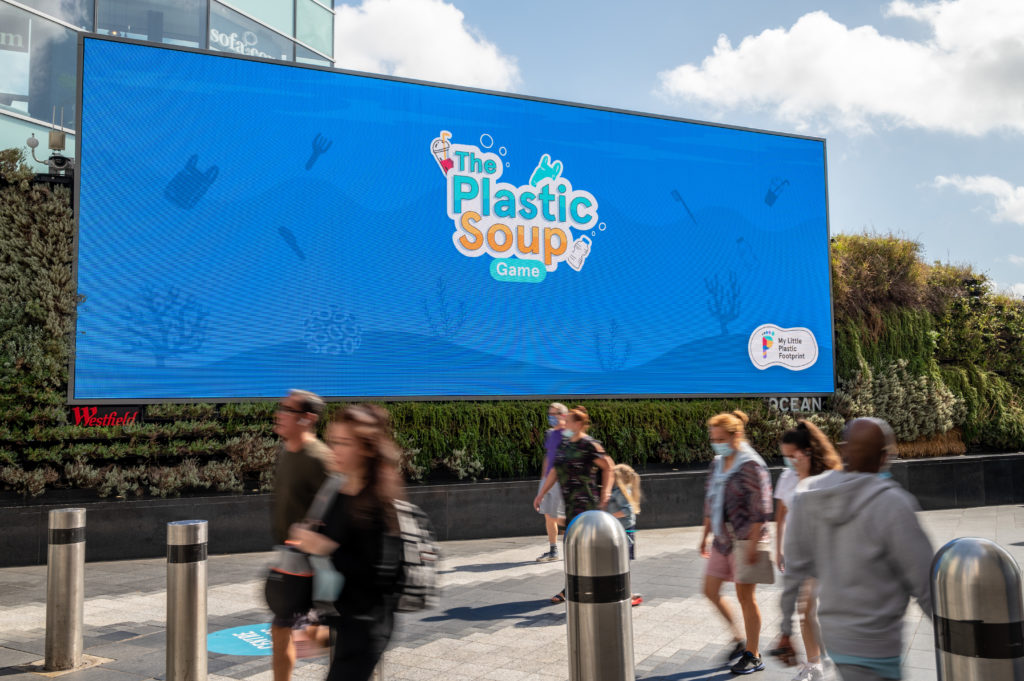 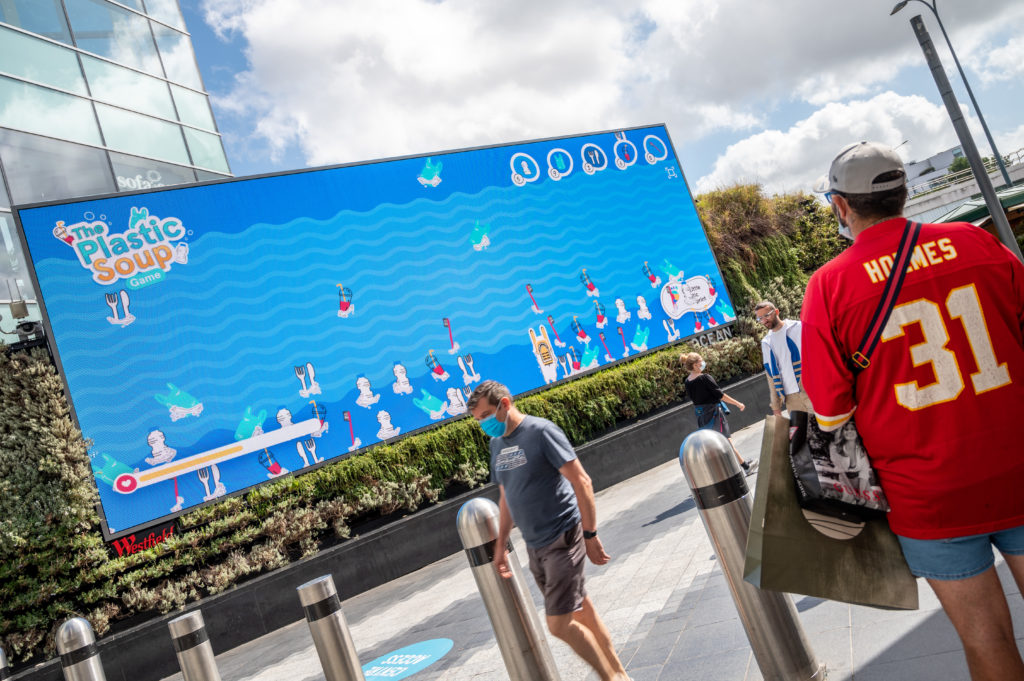 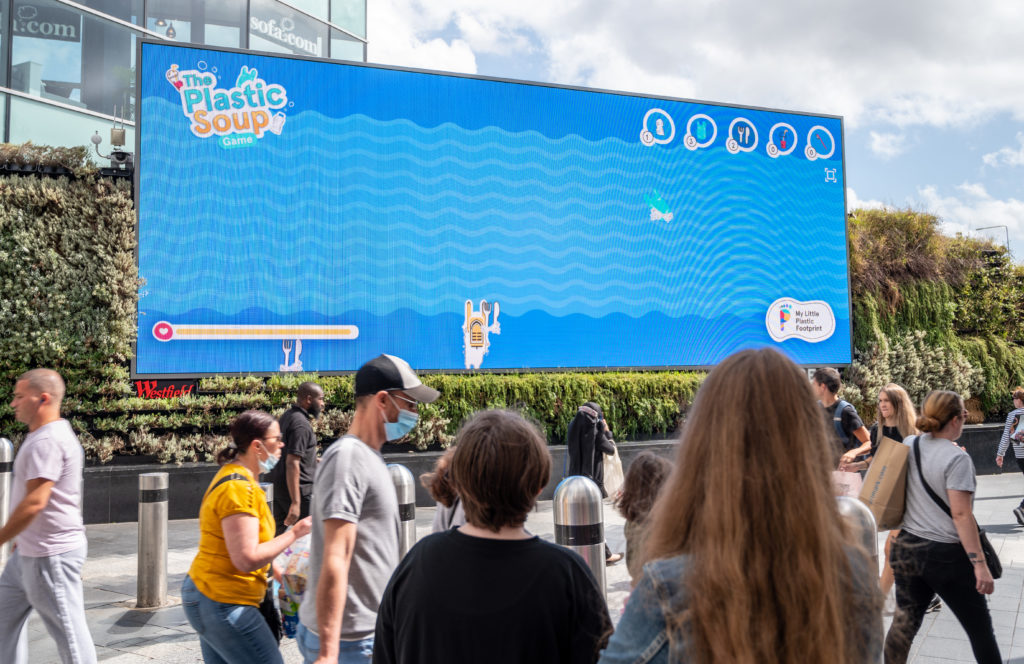 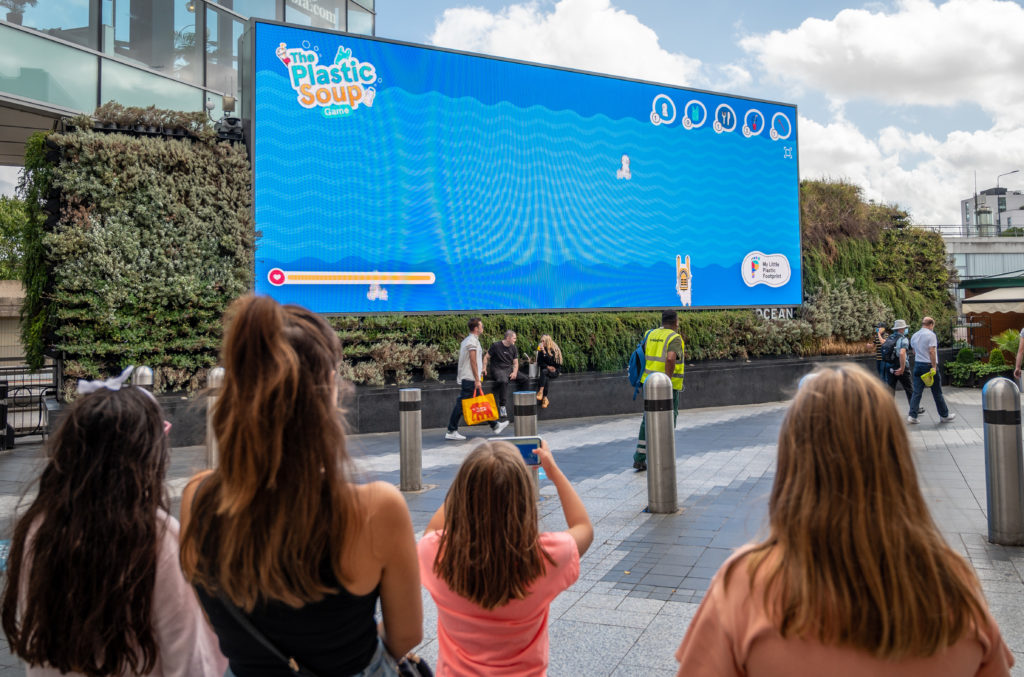 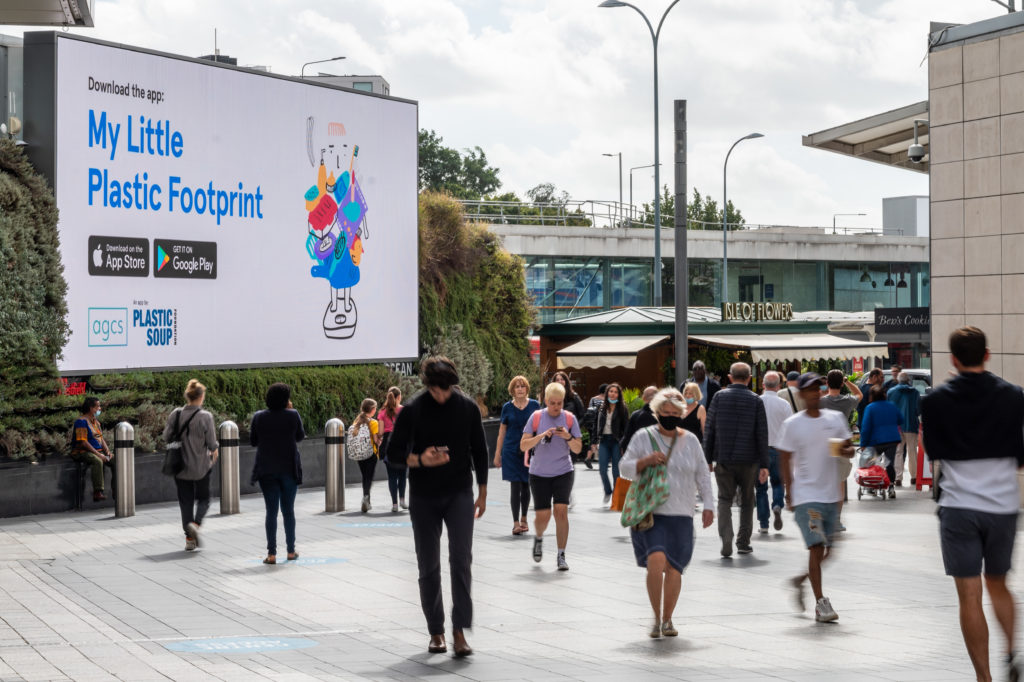 The struggle to stop plastic waste polluting the world’s oceans is the focus of a new mobile game developed for digital out of home (DOOH) by AGCS Works.

Created on behalf of the Plastic Soup Foundation, the game shows how we need to work harder to reduce our plastic footprint in the battle to save the seas.

AGCS’s interactive ocean clean-up campaign was one of the winners of Ocean’s 2019 Digital Creative Competition in the Ocean for Oceans category.

Participants will be invited to scan a QR code and launch the game using their own devices. Their phones then become the game controller, connecting them directly to the big Eat Street screen.

Once they have entered an ocean scene, the player operates of a litter collecting boat positioned to the bottom of the screen. As discarded plastic bottles, cups and straws appear from the top of the screen and head down towards the boat, the player has to manoeuvre the vessel left and right to catch as much plastic as possible.

Points are scored for each piece they collect, but if they miss, the plastic accumulates, moving faster as the game progresses and making it impossible for the player to win.

At the end of the game, the player is redirected via their phone to Plastic Soup’s My Little Plastic Footprint  where they can download an app designed to help people reduce their daily plastic consumption.

Plastic Soup Foundation’s campaigner Laura Díaz Sánchez: “The DOOH game is such an engaging and playful way to teach people about the plastic waste in our waterways and oceans, what we call plastic soup! The interactive creative has been designed and developed to engage people and deliver a serious message at the same time. We hope people will be inspired to download the app My Little Plastic Footprint and to start reducing their own plastic footprint.”

Ocean Outdoor joint managing director Phil Hall said: “AGCS’s idea delivers an important message in a really creative way which is why it was an Ocean digital creative competition winner. The fact that the game is unwinnable demonstrates the dire need to act now to stop the plastic tide, something we all need to get on board with.”