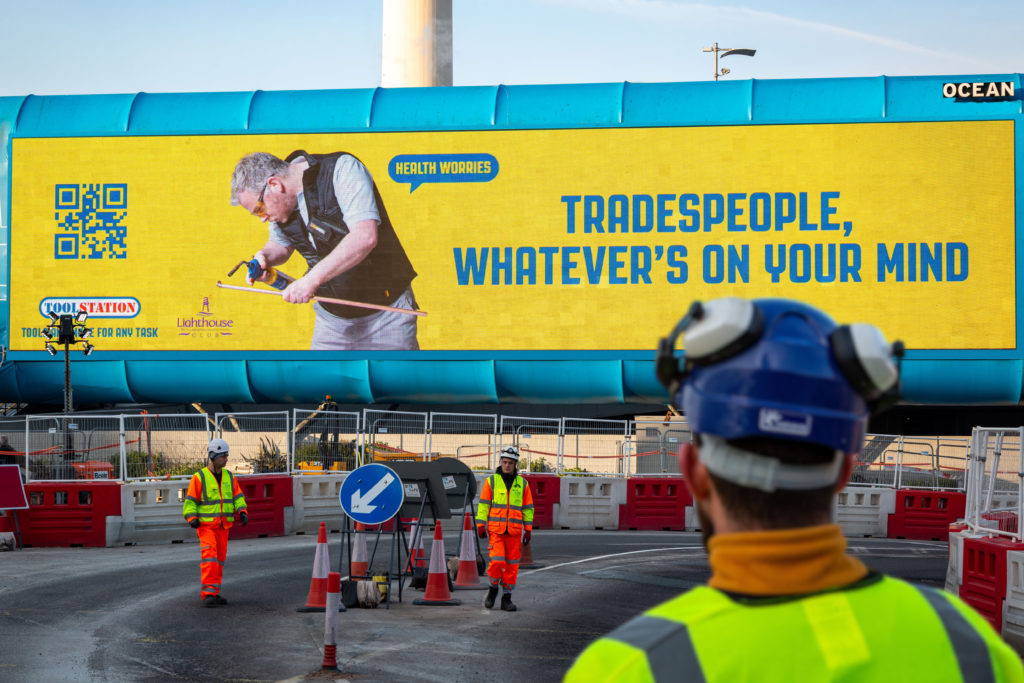 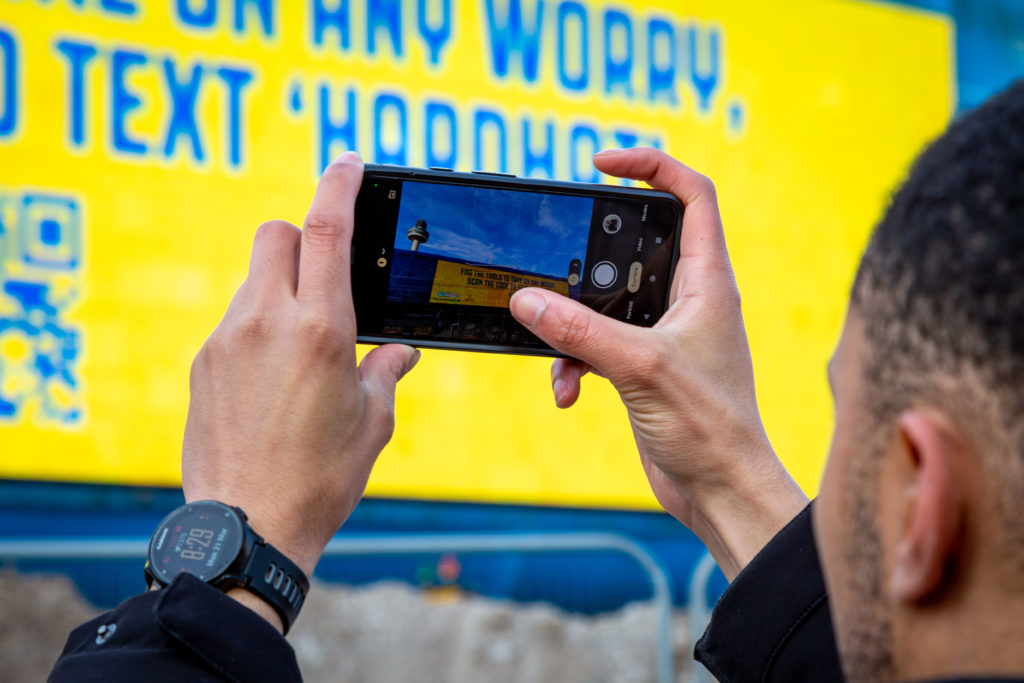 Every day two tradespeople working in the construction industry take their own lives, a suicide rate three times higher than the national average.

To raise awareness about a hidden problem, Toolstation and krow Group have created a live text out of home campaign offering tradespeople immediate support to help overcome their worries and support with their mental wellbeing.

The World’s Most Supportive Poster was a winner in Ocean Outdoor’s annual digital creative competition which fosters and supports bold, original ideas in digital out of home (DOOH). Toolstation and krow Group were awarded third prize in the brand category.

The campaign broke for seven days from March 21 on Ocean’s mammoth Liverpool Media Wall which is positioned directly opposite Lime Street Station, capturing construction workers as they arrive in the city for work.

It forms part of Toolstation’s association with the Lighthouse Club charity and means tradespeople can privately live chat with a trained expert from the charity. The activation gives them the opportunity to get instant, confidential expert advice on the topics that affect them, like money worries, work life imbalance, insomnia or alcoholism.

Research commissioned by Toolstation through the On The Tools network shows 72 per cent of those who work in the construction industry feel there isn’t enough being done in the sector to address conversations surrounding mental health.

Rotating copy captures the sentiment that Talking Helps, allowing people to connect to the poster by scanning a QR code to text live to an expert within five minutes.

Although the conversations remain completely confidential, the Liverpool Media Wall will display what’s on the minds of local tradespeople. This level of visibility will help end the stigma around talking about mental health within the industry.

Receipts from Toolstation branches in the surrounding Liverpool area will also include a free 24/7 number for the Construction Industry Helpline which is managed and funded by the Lighthouse Club.

Greg Richardson, head of marketing at Toolstation, said: “Our research shows that there’s a mental health crisis in the construction industry with almost one in five knowing someone that has attempted to take their own life. Work in the sector is often characterised by limited term contracts and long unsociable hours, away from family. Those who work for smaller organisations or are sole traders in the construction industry might not have easy access to mental health support, so this campaign is an important first step in raising awareness that everyone in the industry can quickly talk with someone who can help.”

Ocean Outdoor head of marketing and events Helen Haines said: “This is a great initiative with clear messaging and an immediate call to action. Digital out of home is the perfect medium for this campaign by reaching tradespeople directly and immediately in the environment where they work. It’s an important issue, making the campaign a worthy winner in our digital creative competition.”

Darryl George, executive creative director at krow Group said: “We’re extremely proud of the positive impact ‘The World’s Most Supportive Poster’ will make in the lives of many Toolstation customers. It builds on the brand’s ‘Tools and more for any task’ mantra in a meaningful and memorable way. We can’t wait to make it happen.”

Bill Hill, CEO of Lighthouse Club, said: “We are absolutely delighted to be working with Toolstation on this significant issue within our industry. It is so important that we get the message of support to the “boots on the ground” that we are there for them 24/7. If our workforce don’t know we are there for them we simply can’t help them in crisis. I am convinced that partnering with Toolstation and using the medium of outdoor advertising will make a significant impact and ultimately save lives.”

*Research from 501 tradespeople, polled between Feb-March 2022 by On The Tools network

Find out more about our digital creative competition and entering this year’s competition here.