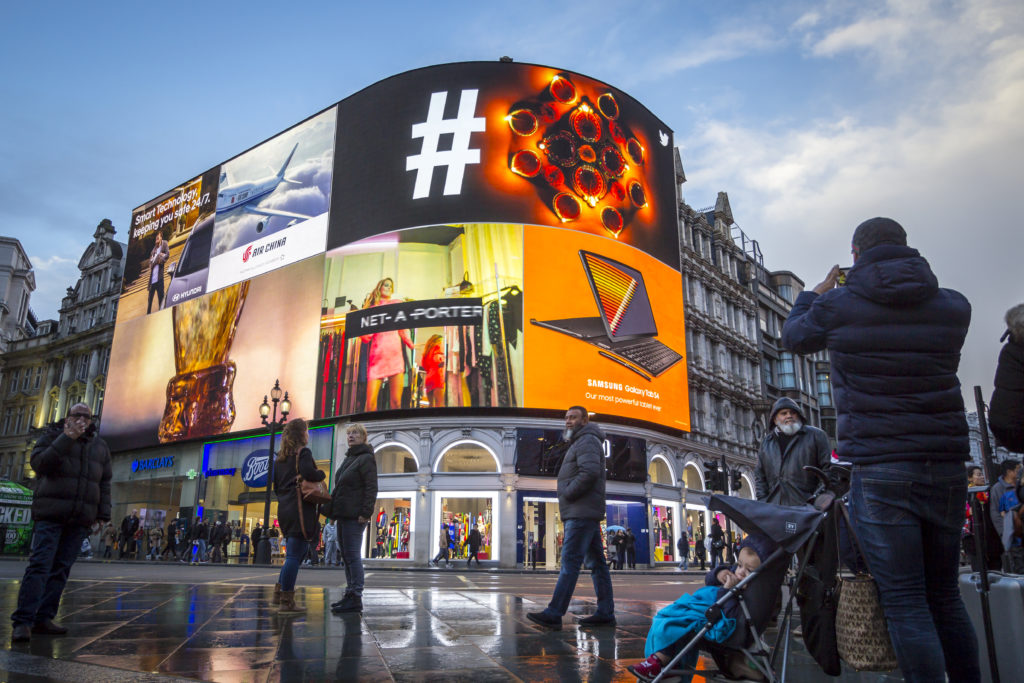 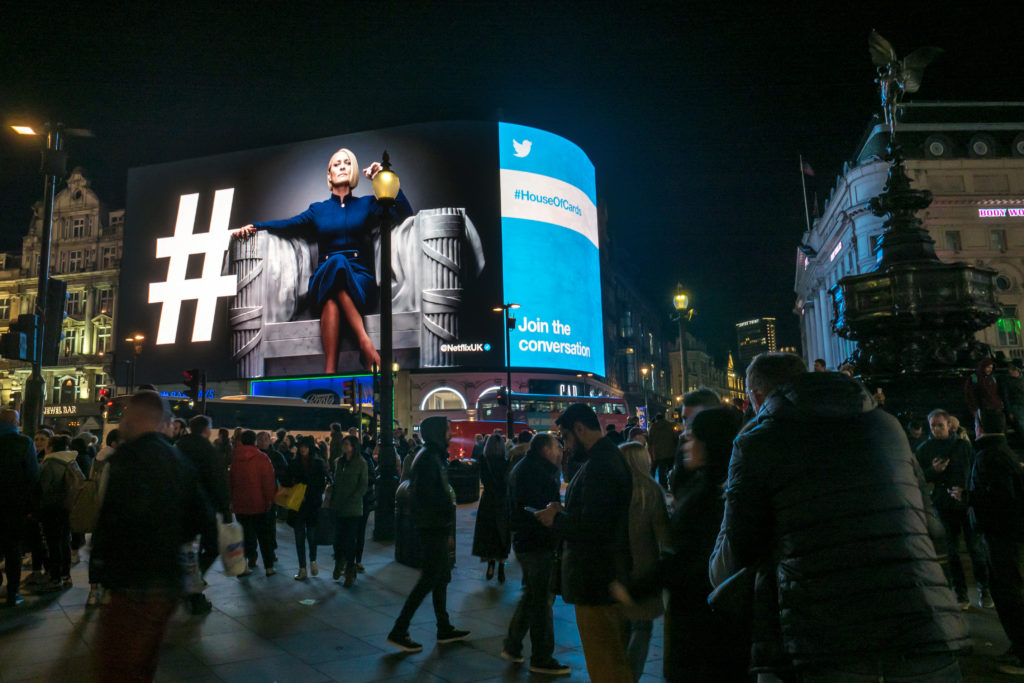 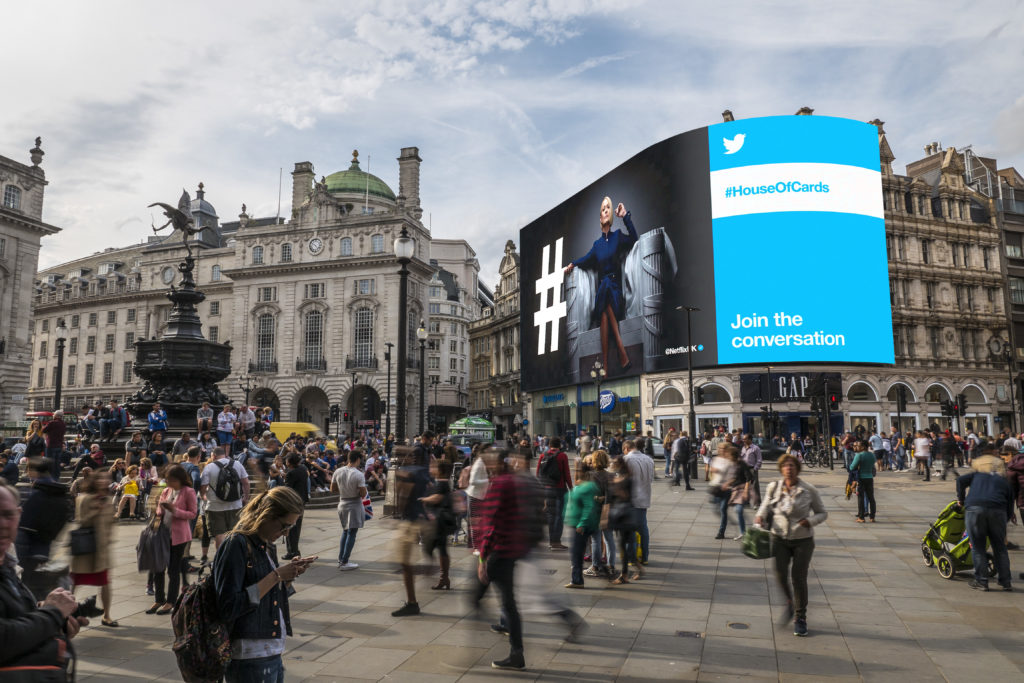 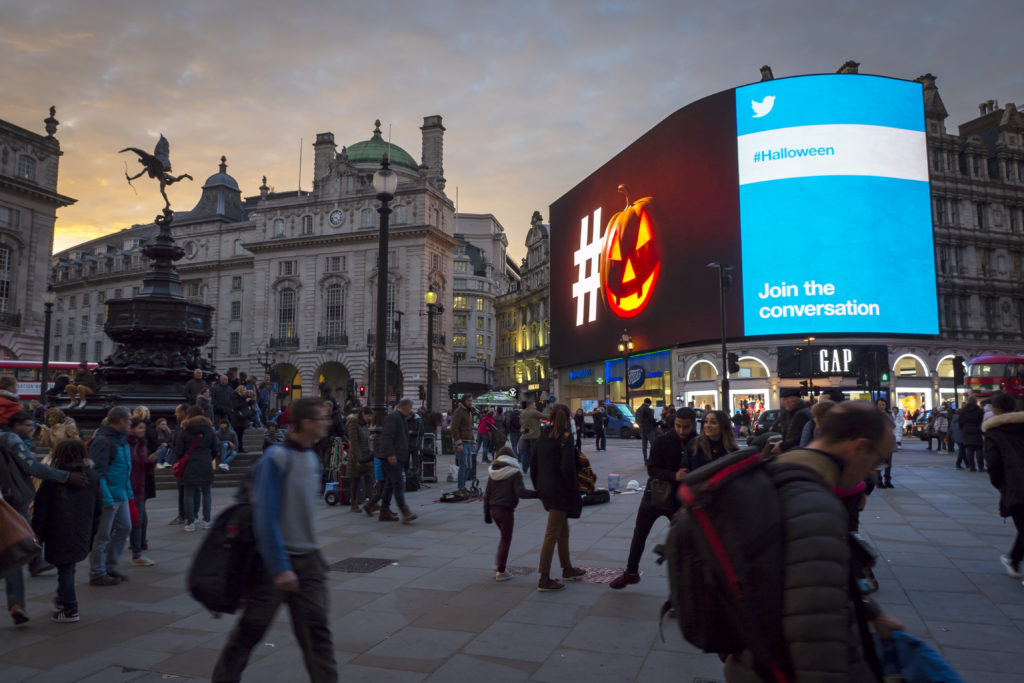 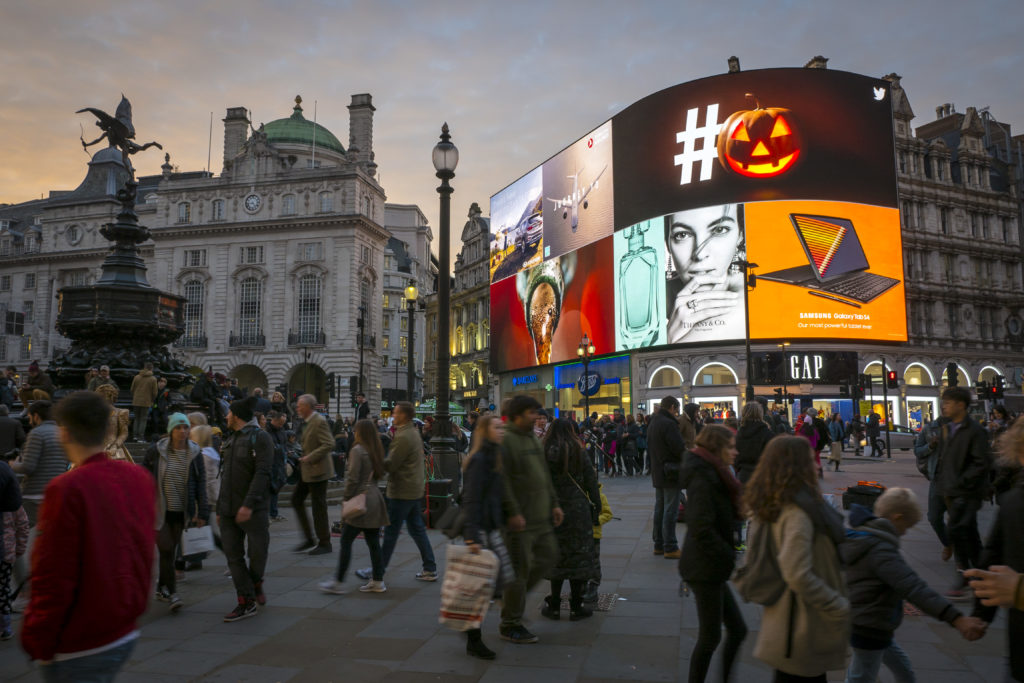 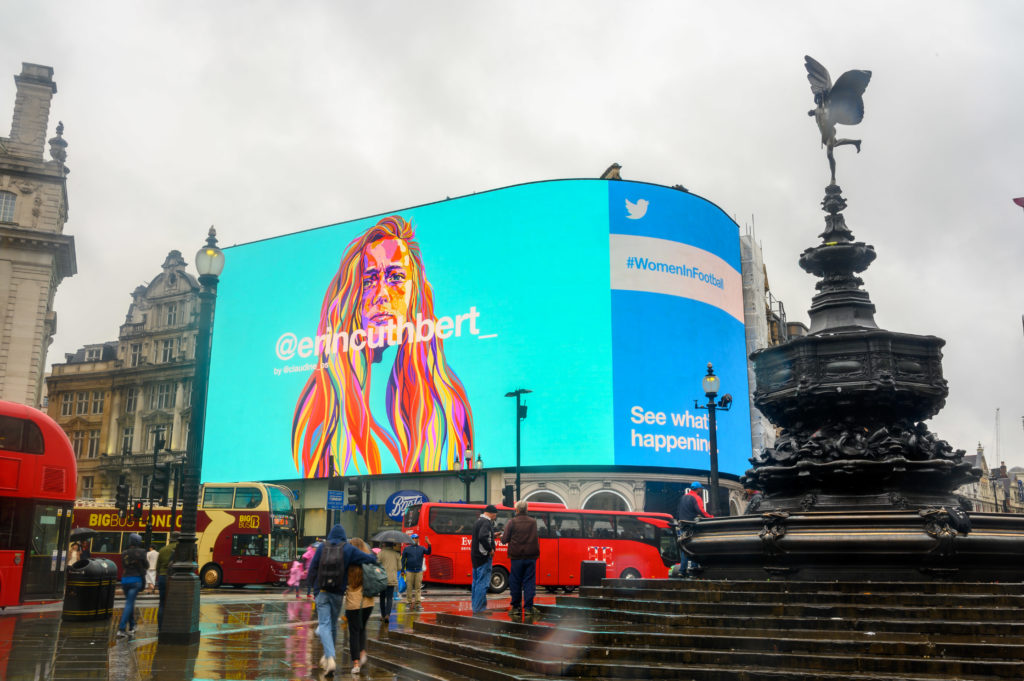 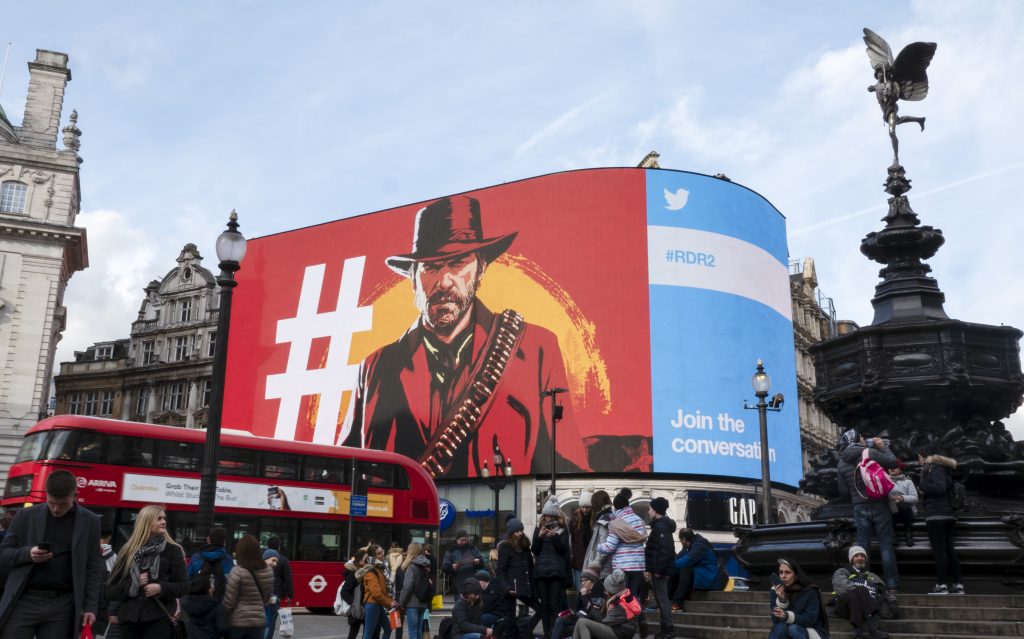 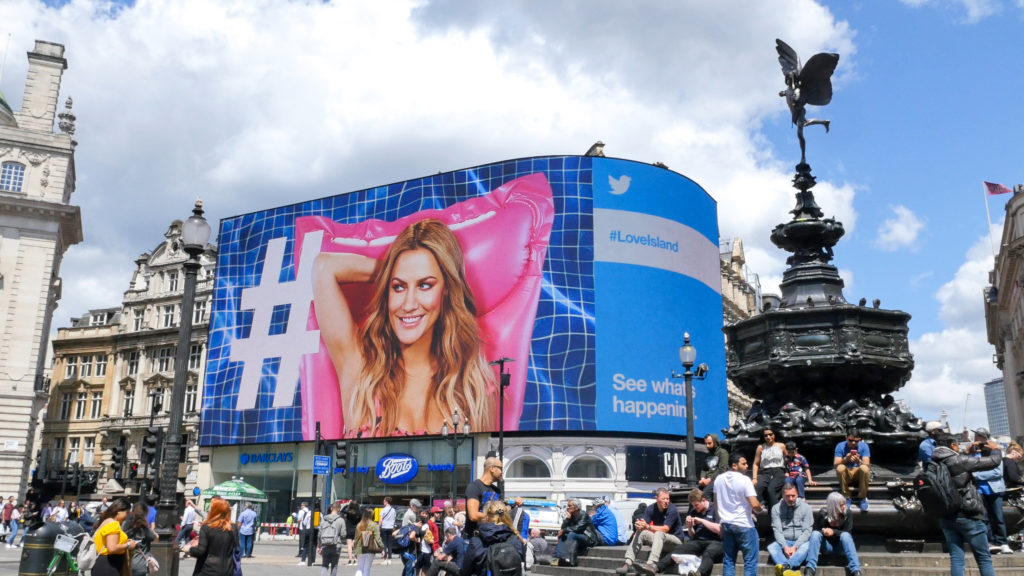 Twitter marks its debut on Landsec’s iconic Piccadilly Lights from Monday, October 29 with an exclusive digital out of home (DOOH) campaign which is triggered by big cultural moments in real time.

Using gigantic hashtags, spectacular visuals and creative films, the opening sequence features user focused brand images, followed by the first big moment which is the highly anticipated return of the hit political TV series House of Cards. The sixth and final season, starring Robin Wright, is on Netflix from November 2.

The campaign is created and planned by Twitter in association with Ocean which operates the Piccadilly Lights on behalf of Landsec.

Viv Bowdler, Twitter UK senior marketing manager said: “Twitter really is what’s happening and over the next few months we’ll be showcasing the biggest cultural moments that are setting Twitter alight in real time. Piccadilly Lights is a truly iconic location and we’ve worked hard to come up with a campaign that does it justice.”

Christine Baldwin, head of portfolio management at Landsec said: “Last week marked one year since we switched Piccadilly Lights back on following its digital screen makeover – and what better way to celebrate than with a brand that has sharing creative, digital content at its heart.”

Chris Standish, director of brand partnerships at Ocean said: “As one of the most photographed London landmarks, Piccadilly Lights generates millions of shares and user generated content across social networks every week. Twitter is the first online news and content sharing channel to leverage the power of the world’s best digital out of home screen to amplify at scale what everyone’s talking about.”

Twitter’s DOOH campaign will run at selected moments across the next few months and into the New Year.