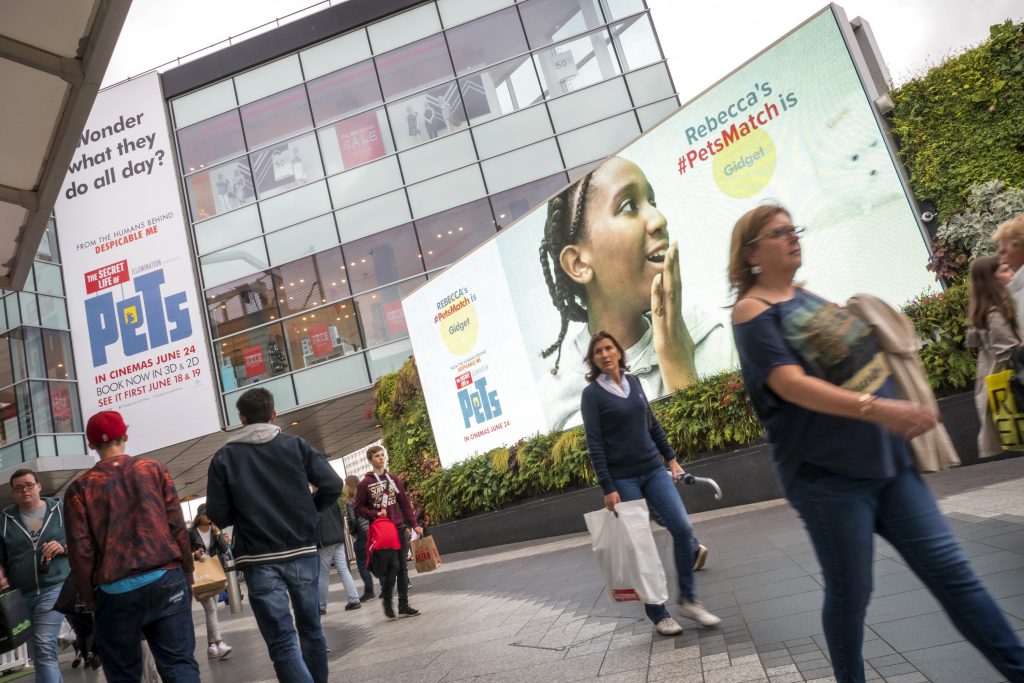 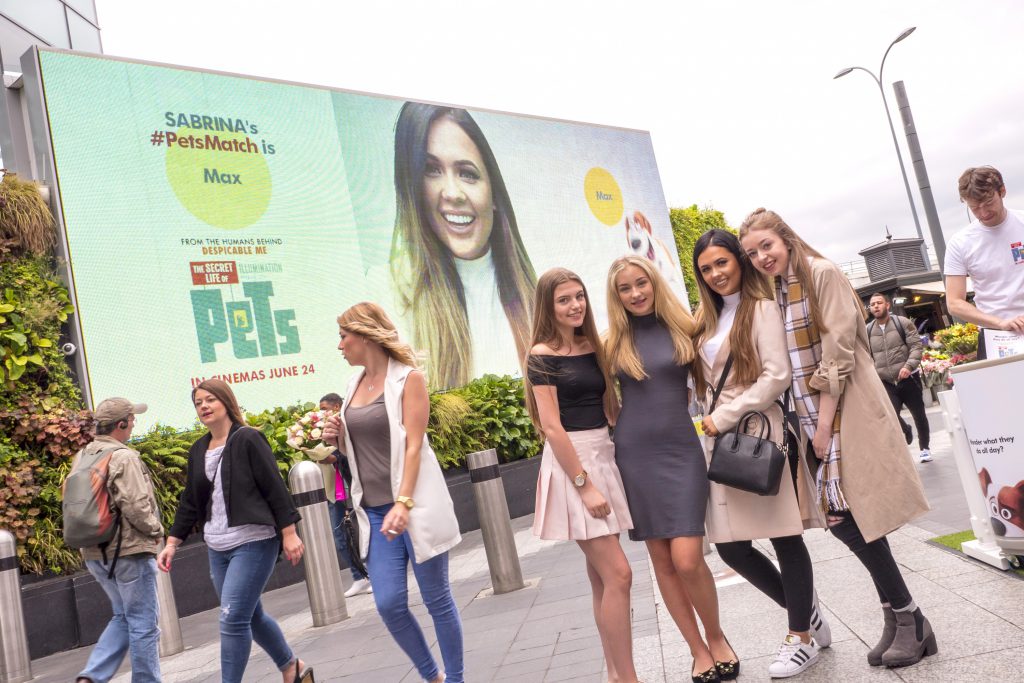 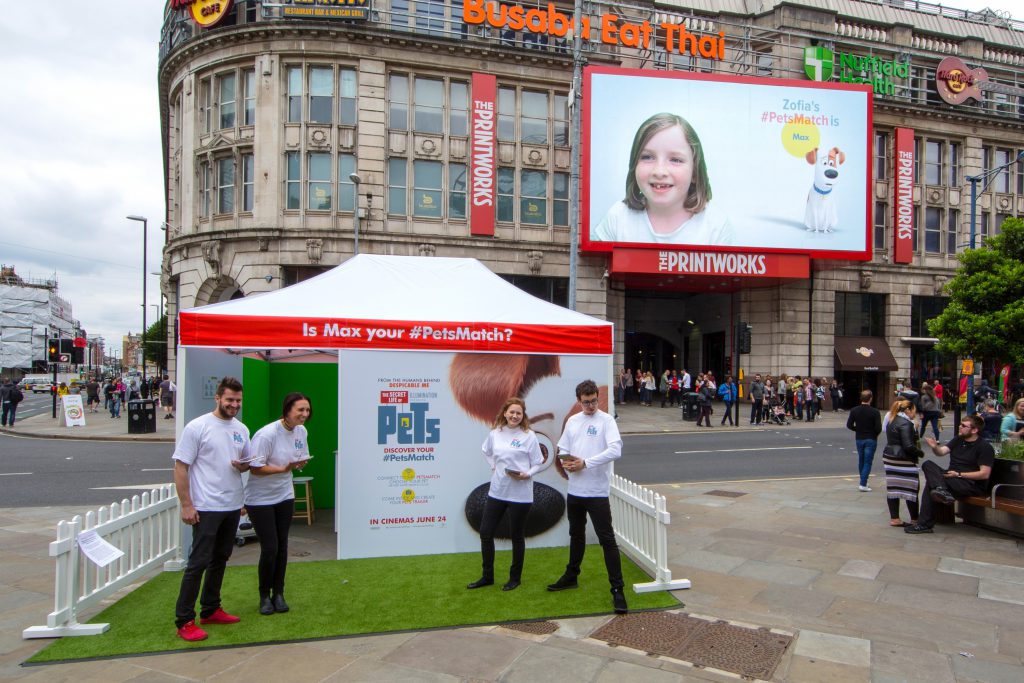 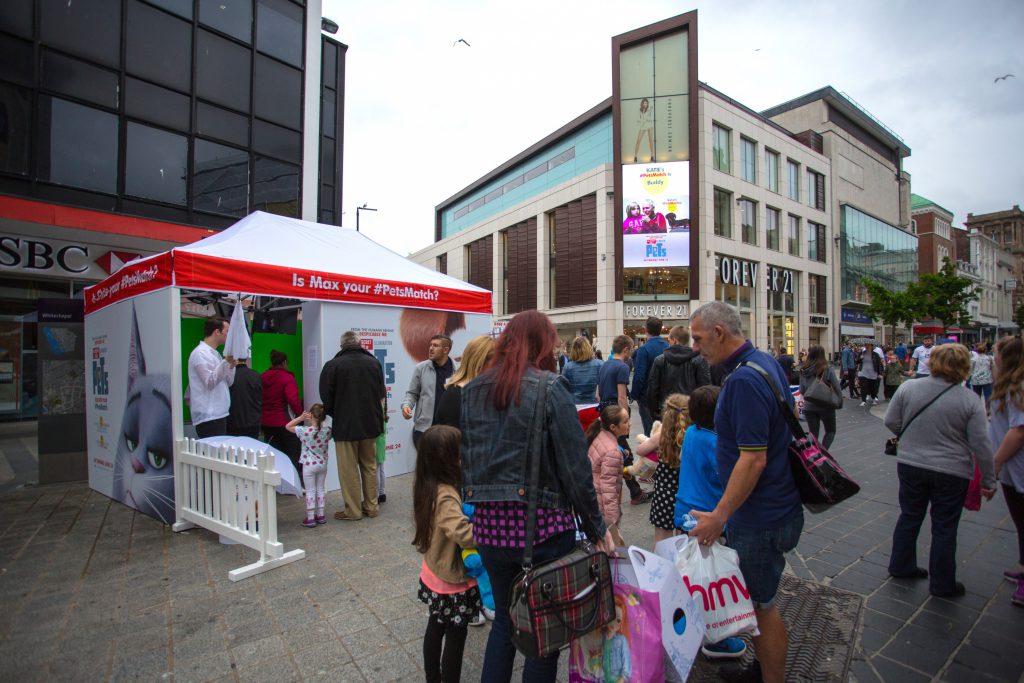 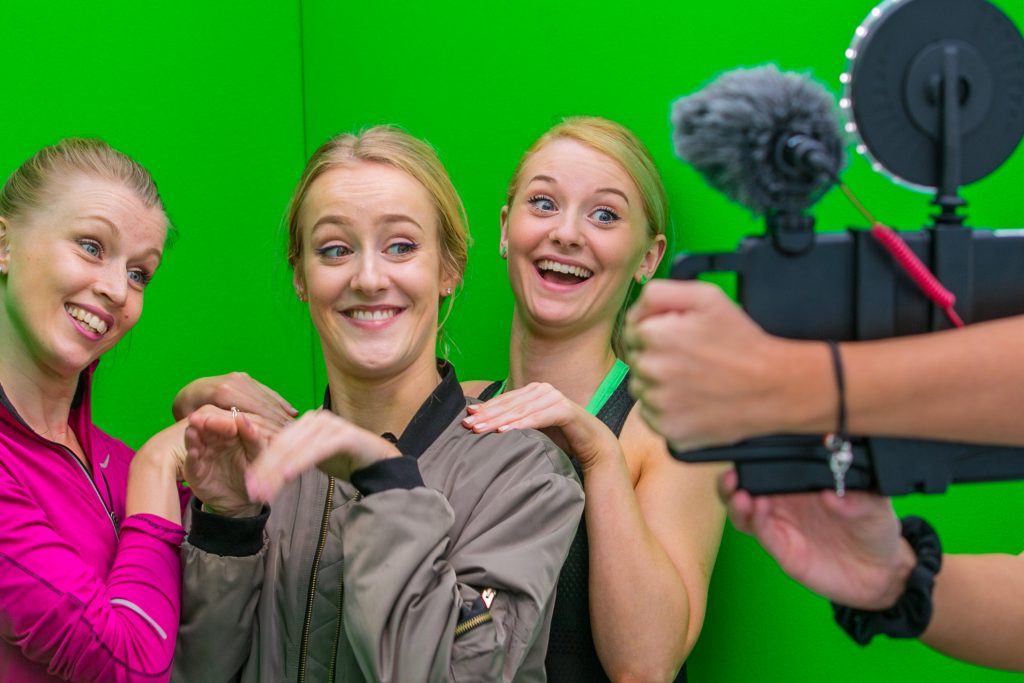 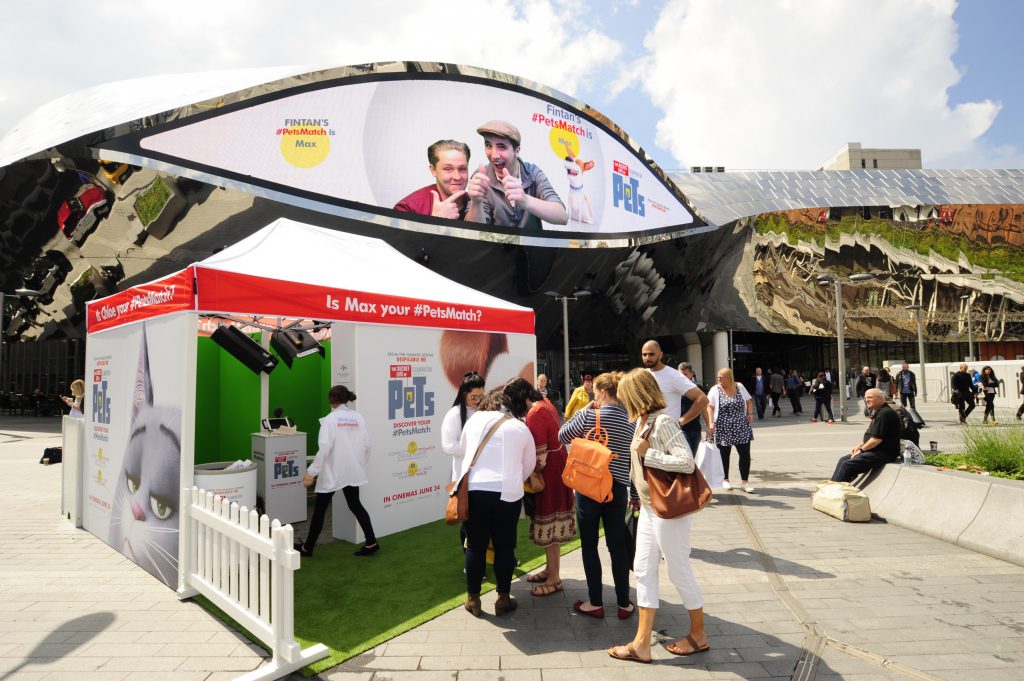 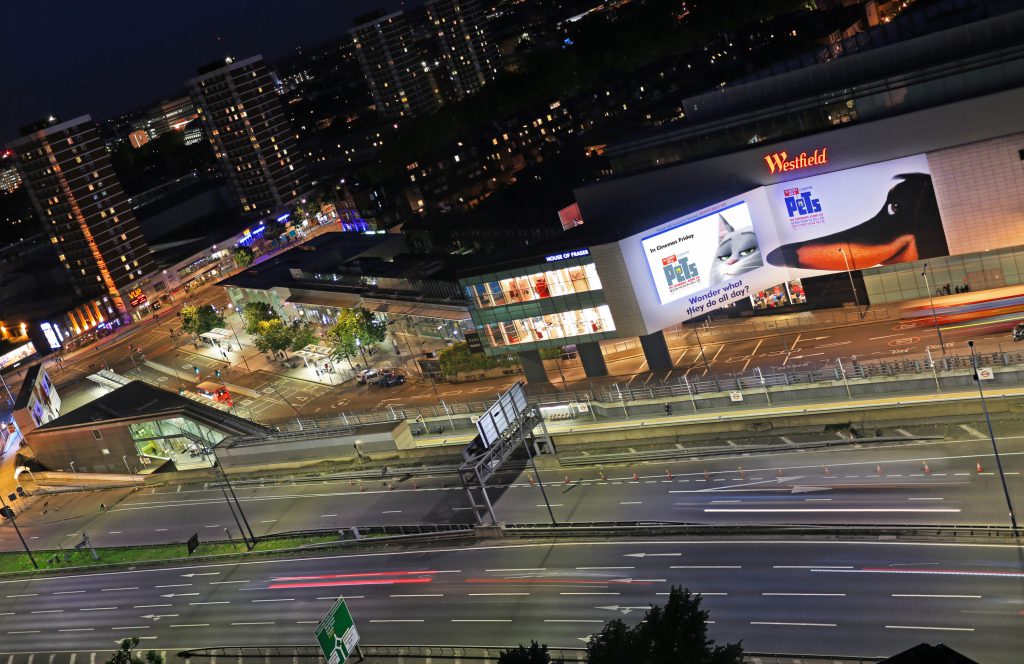 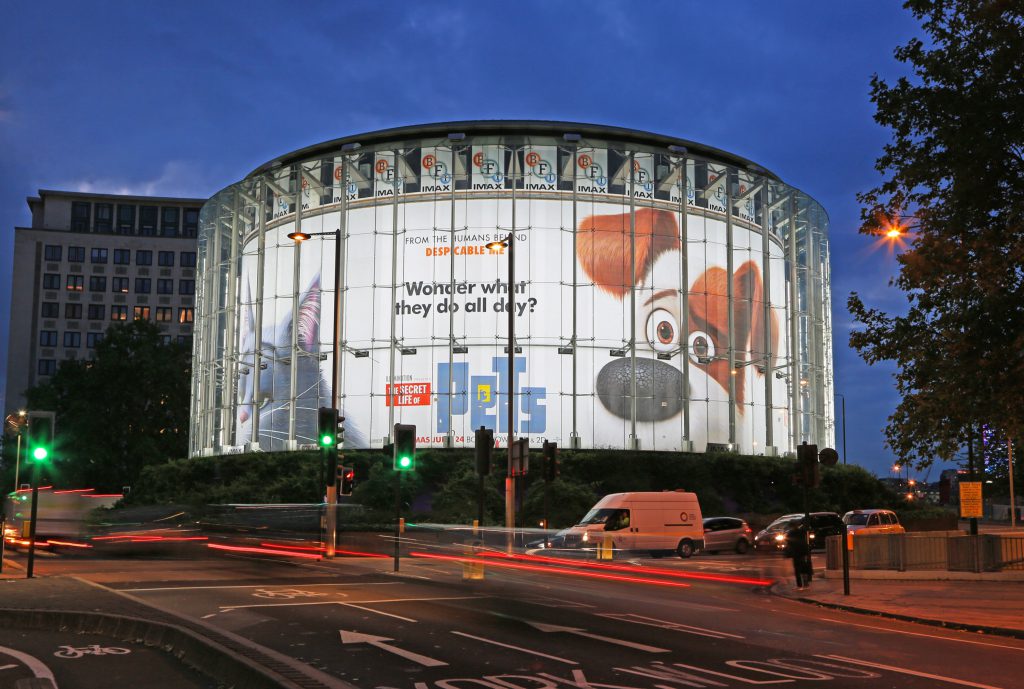 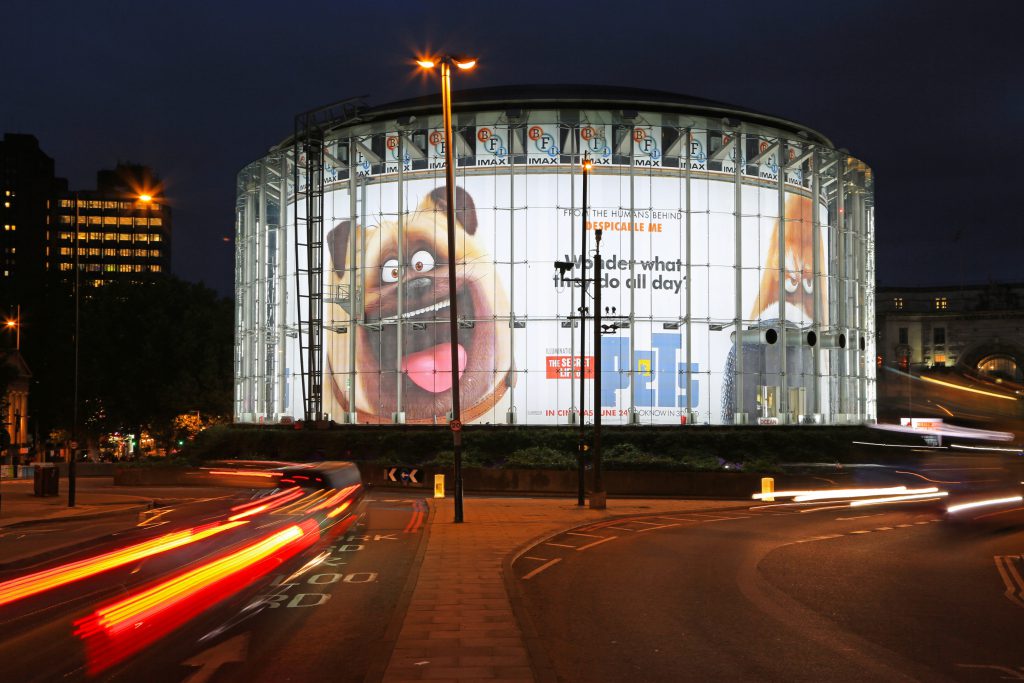 Universal Pictures marks its biggest movie release of the year with domination of all Ocean’s digital screens, including special builds in five cities.

The campaign to support the UK premiere of comedy animation Secret Life of Pets allows movie goers in different cities to star in their own special trailers alongside characters from the film.

This is the first time Ocean has deployed interactive experiential DOOH in multiple locations, combining it with colossal wraps, giant vinyls, full motion digital and sponsorship of Ocean’s wifi network to connect mobile audiences directly with their nearest cinemas.

Creative is by XYi Design, planned through MediaCom and Kinetic. Ocean managing the production of all elements of the experiential activity in London, Manchester, Birmingham, Glasgow and Liverpool.

Over the weekends of June 18 and June 25, movie pods at each Ocean DOOH location will invite people to select a character from the animal adventure to shoot their own animated selfies.

Using iPads and augmented reality, users will be able to feature in their own short #PetsMatch film trailers. These short vignettes will be emailed to each individual creator and the trailers uploaded onto Ocean screens using Ocean’s hi speed wifi network.

Creative for the experiential activity is by Stellar with technical integration from Ocean.

To drive bookings, Ocean is partnering with Mobsta to pull live regional data from a booking app to display live film screening times across Signature’s The Loop in Birmingham and Manchester. Consumers will also be retargeted on mobile triggered by location and behaviour profile to further complement the activation.