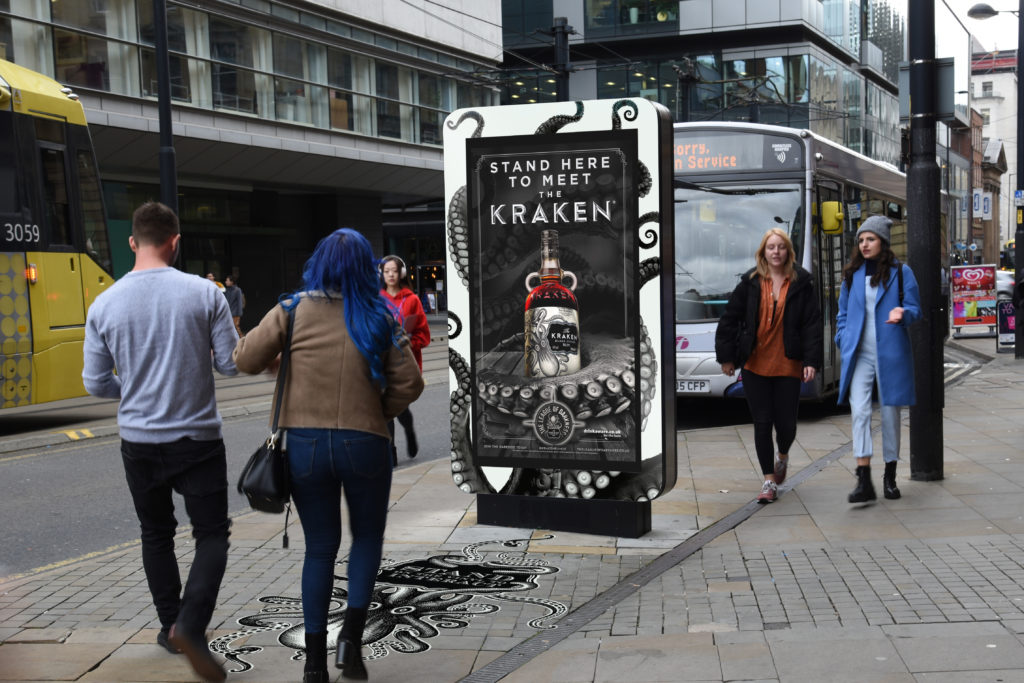 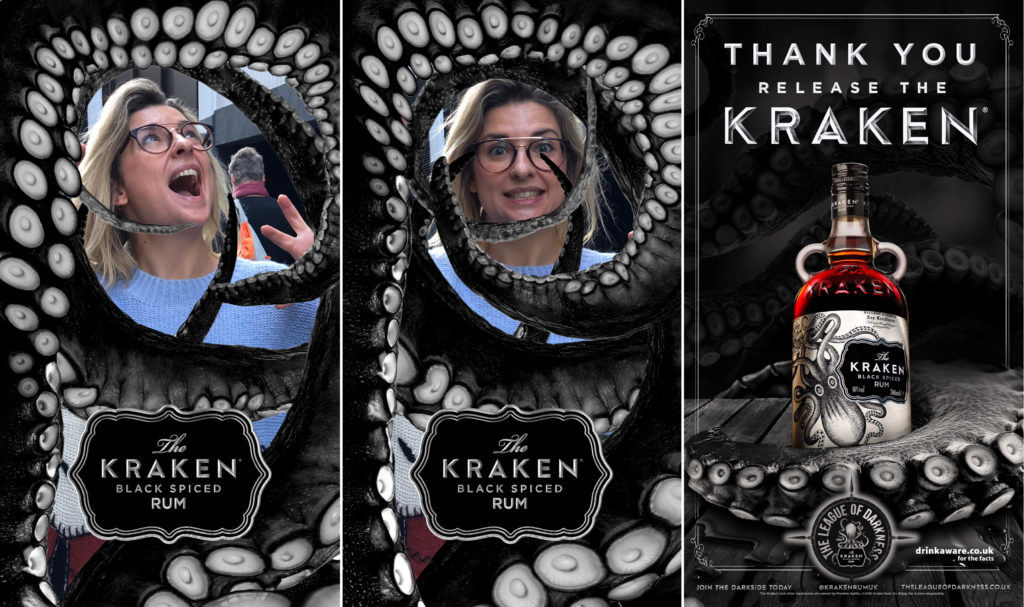 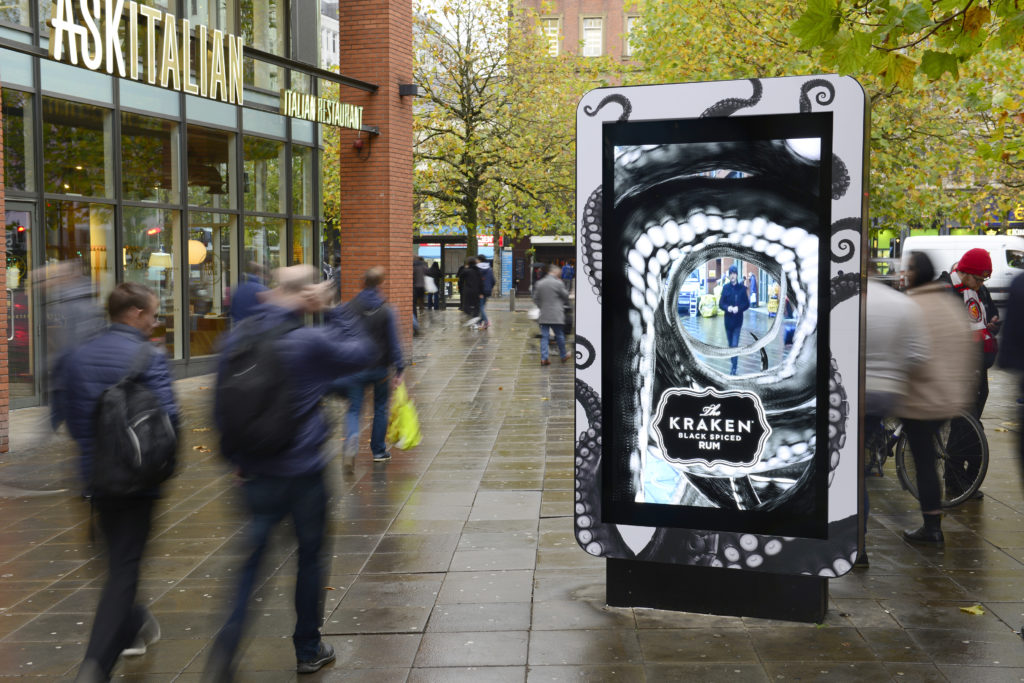 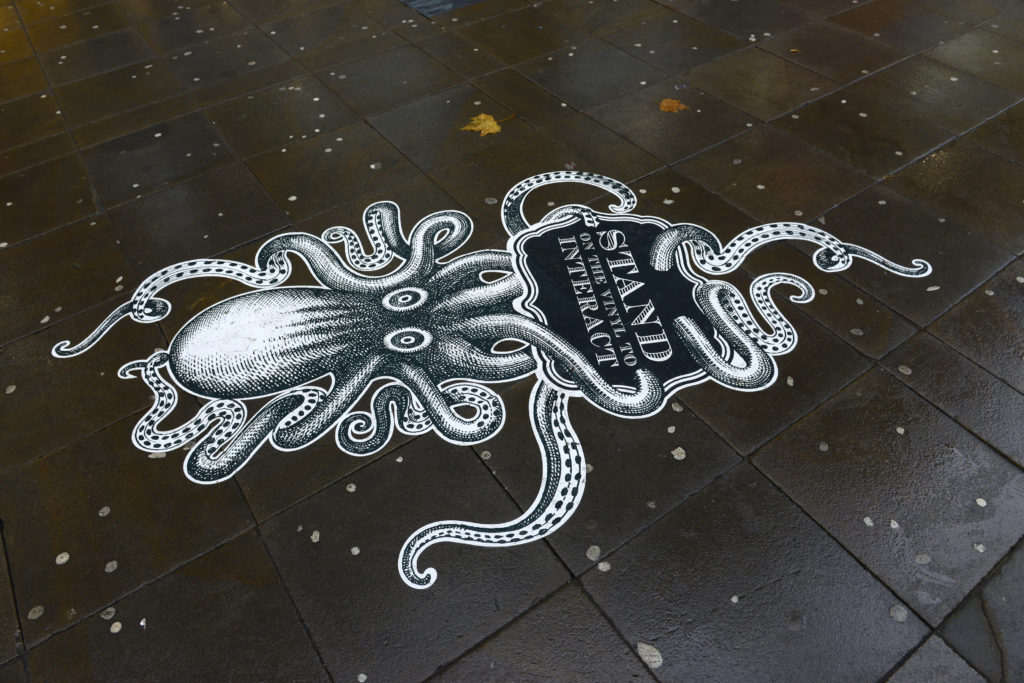 Spiced Caribbean rum brand The Kraken® is launching an interactive out-of-home campaign using augmented reality (AR) to invite people to star in their very own advertisement with the mythical sea beast.

Planned by Media Campaign and created in conjunction with Ocean Labs for Proximo Spirits, the eight day campaign breaks across The Loop city centre screens in Manchester’s northern quarter on October 24, ending on Halloween.

All six screen units are wrapped with the brand’s distinctive creative, with associated floor vinyls inviting the public to release the Kraken. When people stand on the vinyl, the screen becomes a mirror stream.

Utilising augmented reality, the Kraken’s tentacles appear from all sides of the screen, dancing and then engulfing the participant as they disappear in a cloud of ink, the moment swelled by the sound of the beast’s victim being pulled into the murky depths.

The idea is that participants will share their dramatic on-screen moment on their chosen social channels, stimulating brand awareness and intrigue for the League of Darkness, a secret order where special offers, gifts and discounts for the black spiced rum can be redeemed.

The campaign is supported across social media.