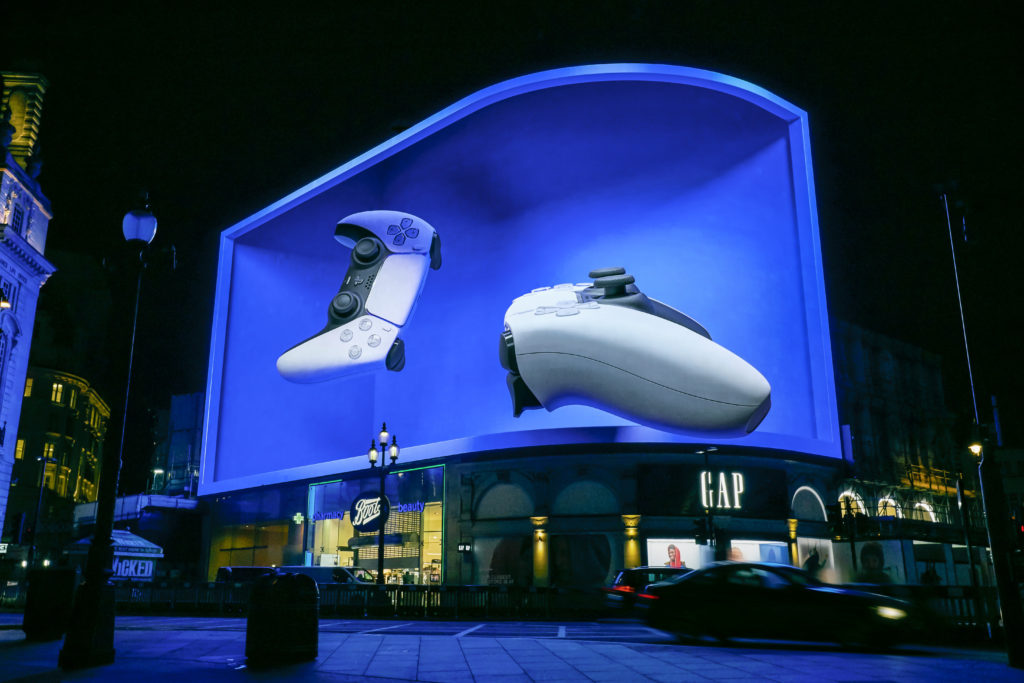 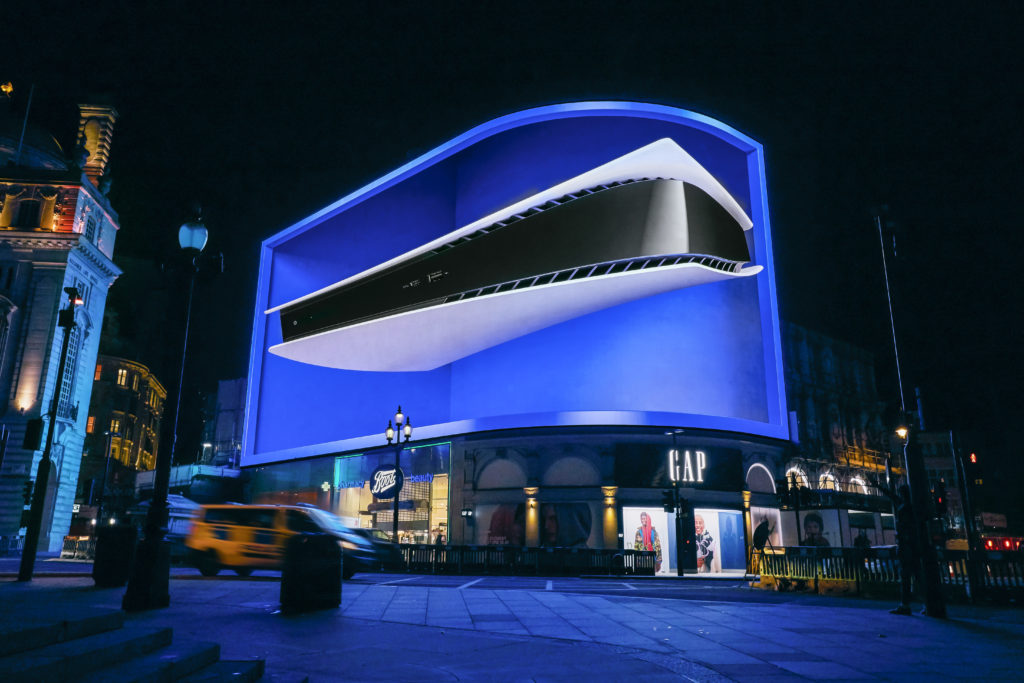 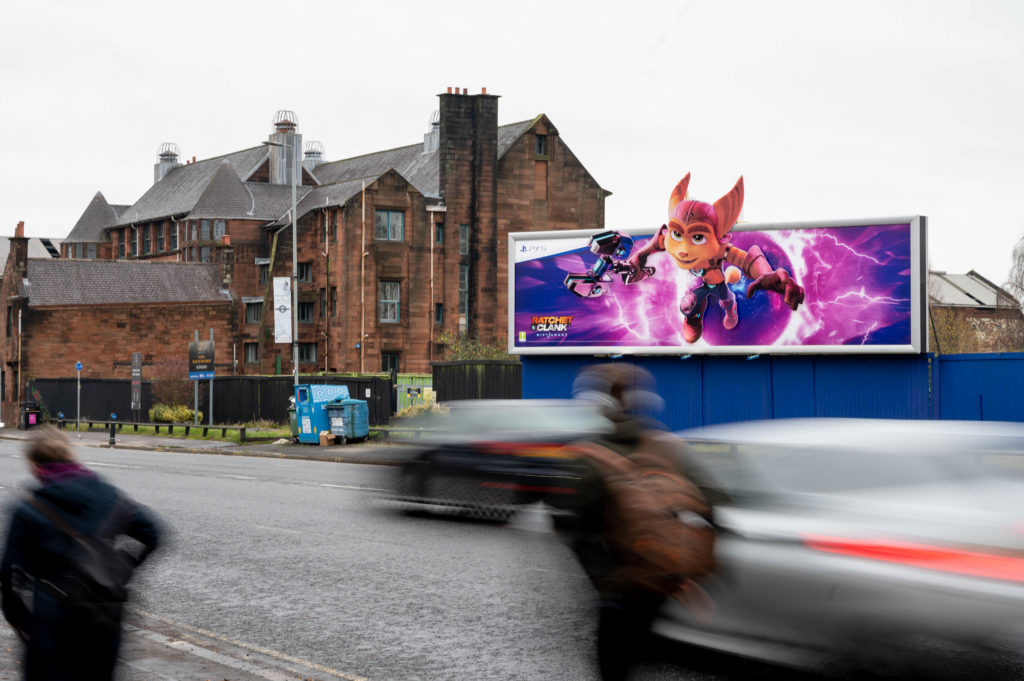 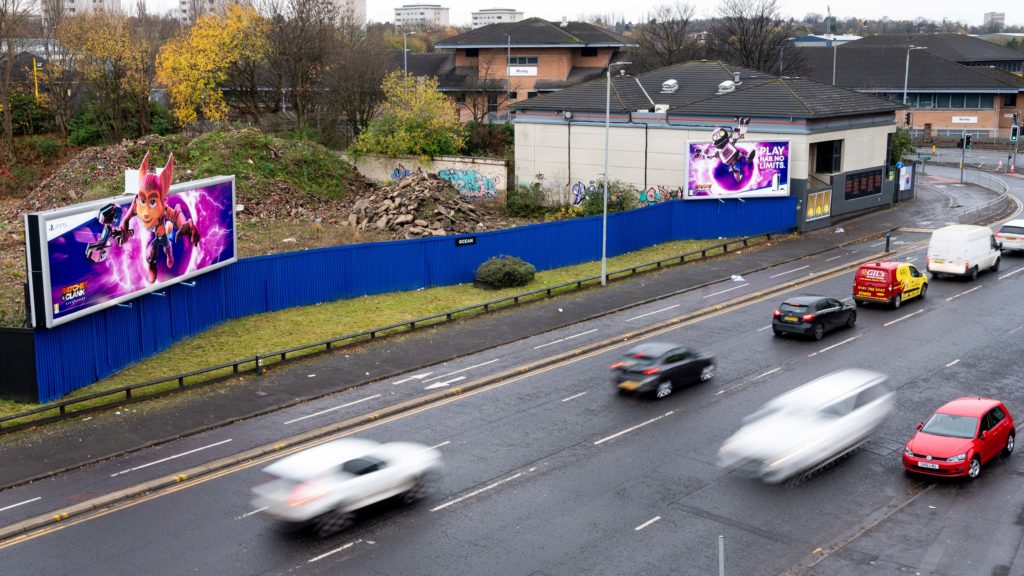 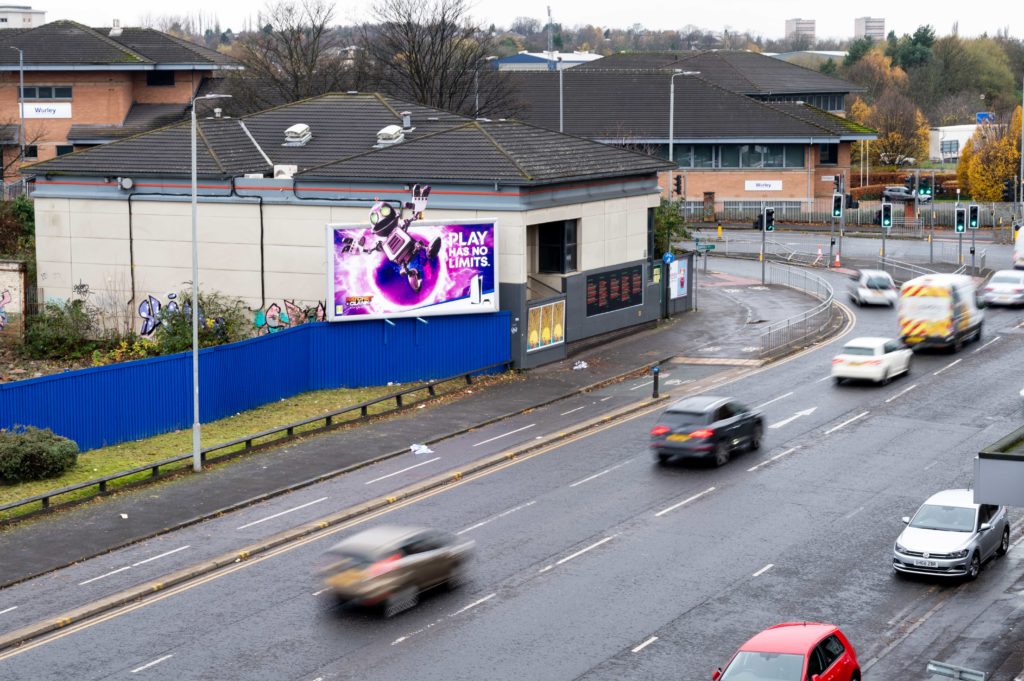 Sony marked the UK launch of its next generation PlayStation PS5 with a spectacular 3D domination of the world famous Piccadilly Lights in London.

The launch showcase uses forced perspective which plays with the sheer scale, curve and resolution of the 783.5 square metre screen to create the illusion of a 3D effect.

It’s the first time this technique has been used for content on the iconic Piccadilly Circus location.

The sequence was filmed under wraps at midnight and used across PS5 channels as part of the integrated UK launch of the highly anticipated PlayStation PS5.

The OOH campaign was created by Amplify with planning through the media agency MediaCom. The Piccadilly Lights are operated by Ocean Outdoor on behalf of Landsec.

Ocean Labs director Catherine Morgan said: “This is pure creative at its best that takes advantage of the unique curved shape and scale of the iconic screen, making Piccadilly Lights the perfect place for forced perspective activations. This is a media first for Piccadilly Lights and it illustrates superbly how a spotlight on the best screen in the world primes other media channels.”

The Play Has No Limits showcase was supported by a slot on Piccadilly Lights across the week along with a wider OOH campaign across selected Ocean Outdoor digital screens, including the new XL roadside network and backlights.

In Scotland, OOH activity included a special build in Glasgow between a pair of backlights on Scotland Street, which has been produced and installed by Ocean Displays.

We can finally say it.#PS5 has landed in the UK! Let's play. pic.twitter.com/qbHkdilgss