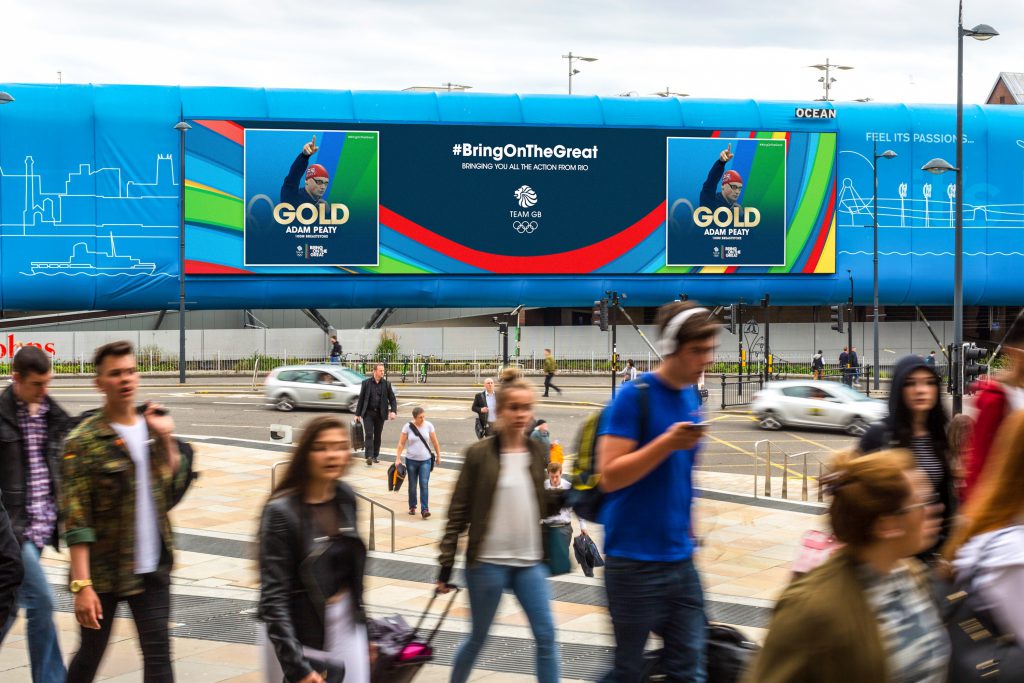 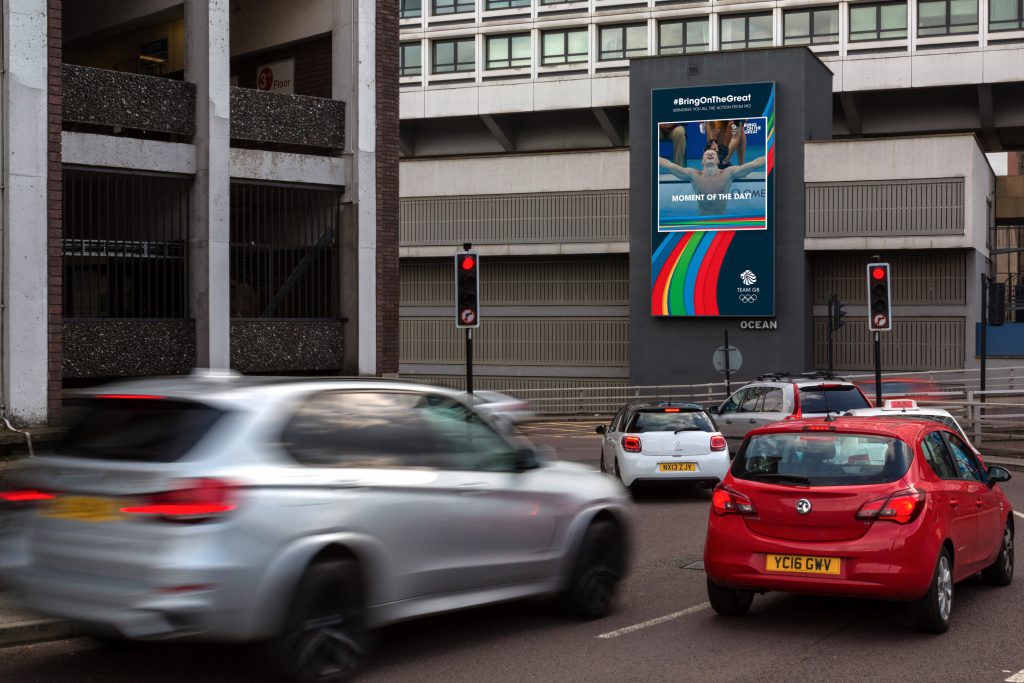 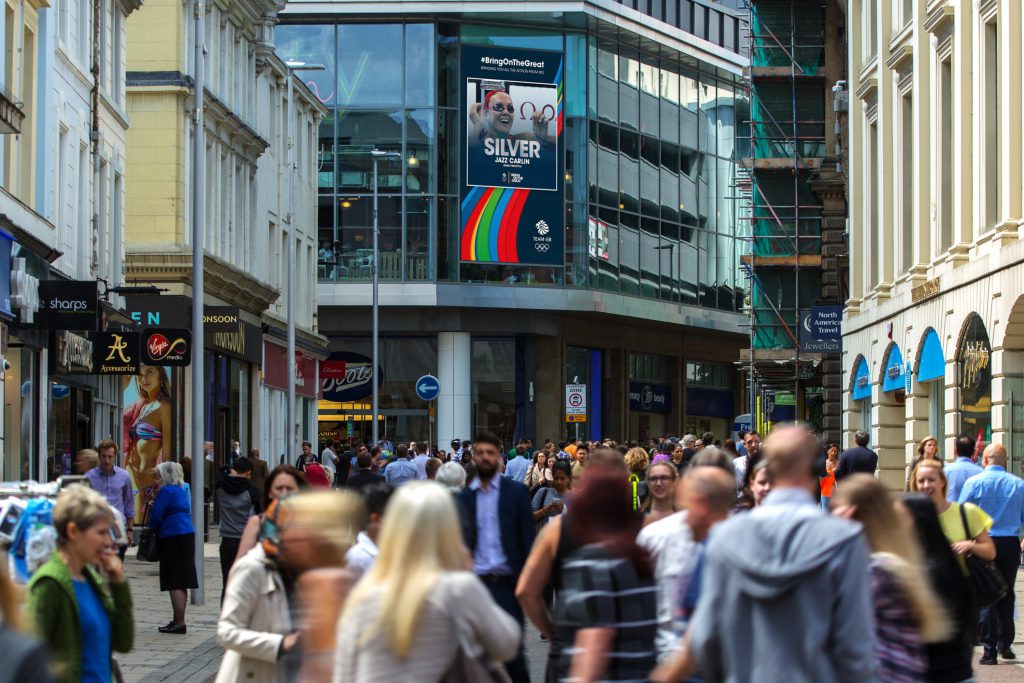 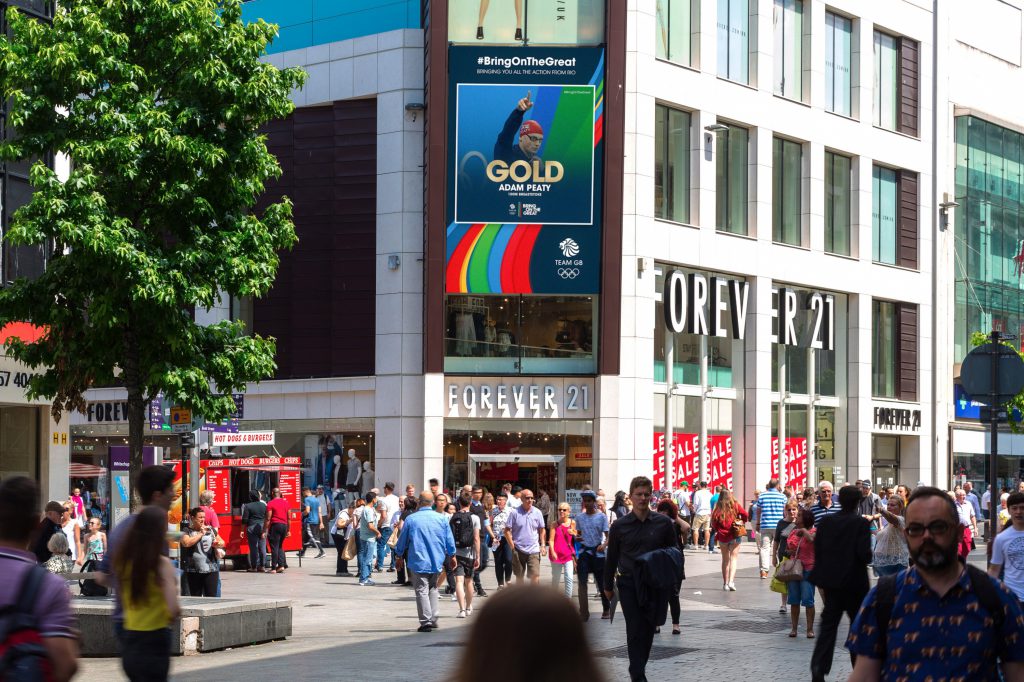 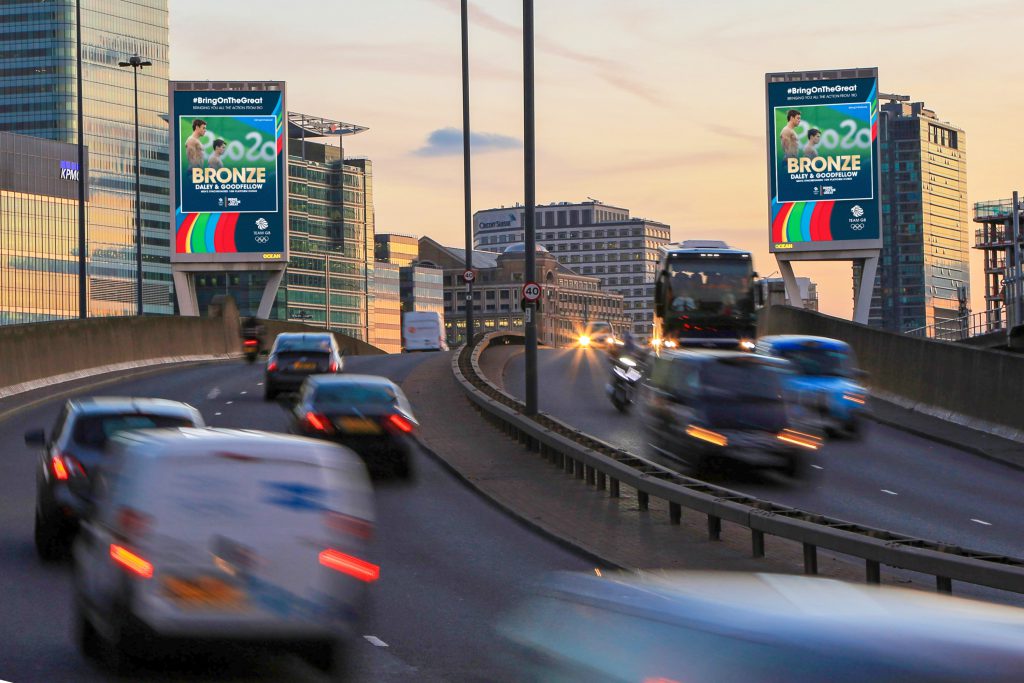 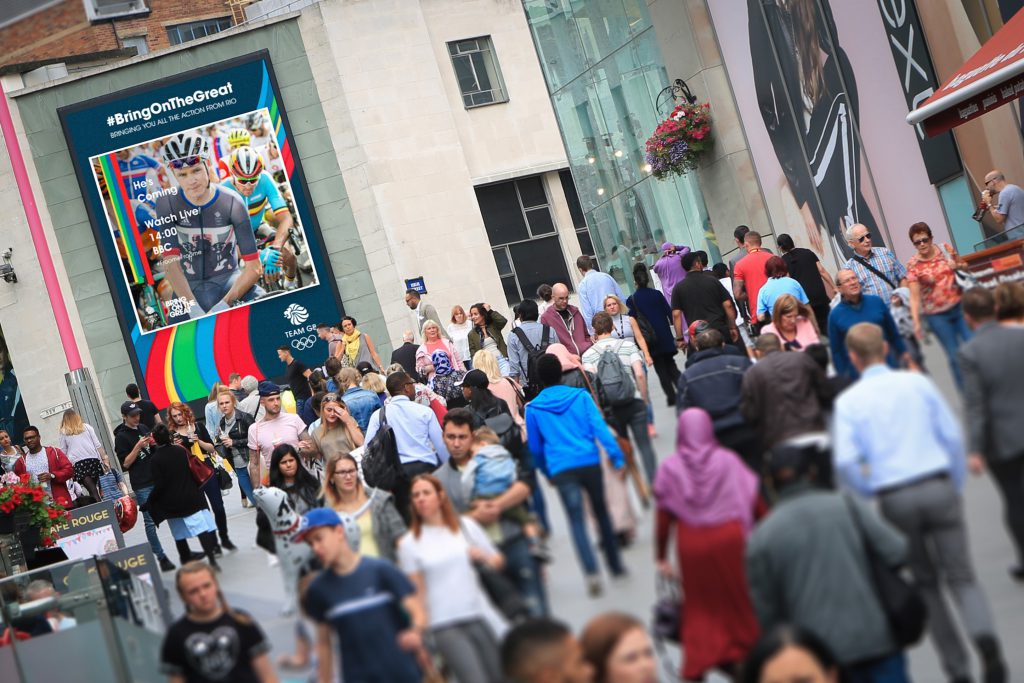 Ocean has launched its Rio 2016 sports coverage across its full motion city and roadside out of home screens with highlights of inspirational performances featuring Team GB competitors.

In partnership with Team GB, Ocean has scheduled the playout of full motion broadcast coverage in exclusive six minute slots 11 hours every day as the Games play out. The short films are supported by content from Team GB’s Instagram feed.

Sixteen days of coverage of will feature across 98 screens in seven UK cities including The Loop, Signature Outdoor’s city centre network and key full motion retail locations in The Grid, the UK’s first full motion city centre large format network. The film vignettes are supported by content from Olympics sponsors including Omega, DFS and Strongbow.

Ocean CEO Tim Bleakley said: “Working with Team GB and being recognised as a live streaming platform is a milestone moment for Ocean and digital out of home. Exclusive content from the Olympics in such high impact environments with full broadcast capabilities transforms the way brands are using our medium to reach wider audiences.”

Team GB is hoping for another strong performance from its squad at Rio 2016. Every medal win, starting with the first Gold Medal for 21-year-old swimmer Adam Peaty, is relayed as it happens across the Ocean portfolio.

Ocean’s large format screens are turning either bronze, silver or gold as the medal tally rises. Accompanying exclusive media content is supplied by Getty images, allowing the nation to celebrate immediately and together during each “Medal Moment”.

For the latest updates from Ocean and Team GB visit www.oceanoutdoor.com/teamgb