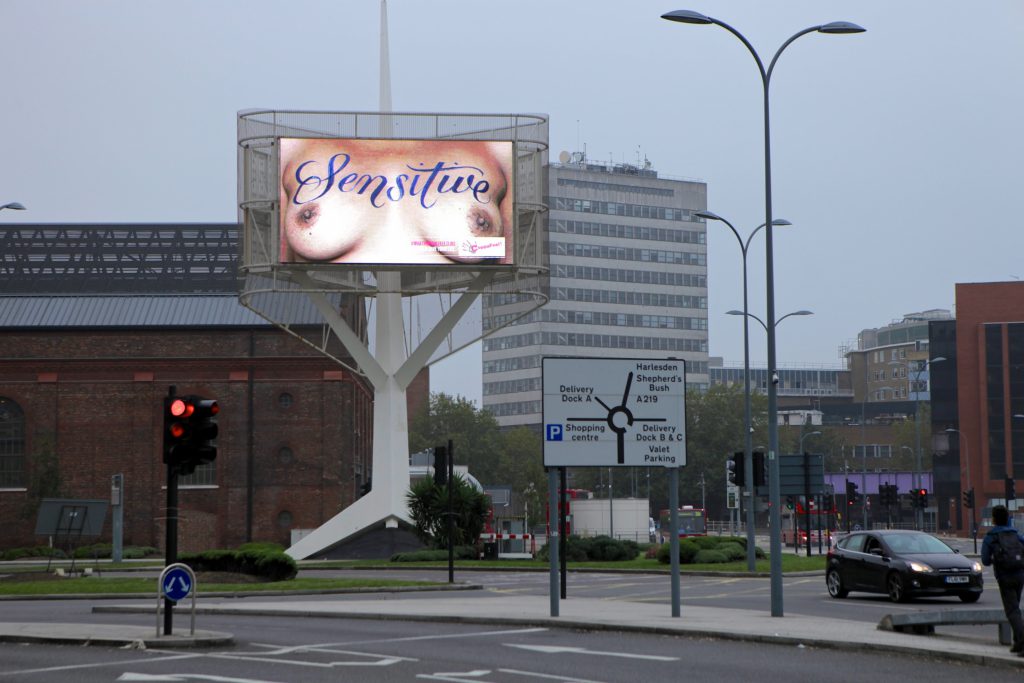 Ocean to run a new breast cancer awareness campaign from the charity CoppaFeel! which launches on Wednesday, September 17 across large format digital sites in London, Liverpool and Glasgow.

Created by Karmarama and planned by MediaCom, the #whatnormalfeelslike campaign features photographs of bare-chested women, each body painted by renowned typographer Alison Carmichael with a word they say best describes how their boobs feel to them.

Shot by British photographer Rankin, the campaign aims to normalise and desexualise female breasts and help women to reclaim the vocabulary surrounding them so they can be confident in describing #whatnormalfeelslike.

The outdoor campaign went live on Westfield Point, London Westfield from midnight, on Cavern Quarter in Liverpool between the hours of 7pm and 8pm and on St Enoch’s in Glasgow from midnight and will be live until midnight on the 18th (excluding 4pm – 8pm).

Ocean CEO Tim Bleakley said; “This campaign is designed to inform women about the signs of breast cancer, a disease which will affect more than one in eight of them in their lifetime.  Anything that creates greater self awareness for women around early identification of the disease will save lives, heartache and pain.”

MediaCom CEO Karen Blackett said: “MediaCom are thrilled to be part of the campaign. Nearly all of us have known someone personally who has been affected by breast cancer; we can and should make a difference to help raise awareness of early diagnosis.”

The #whatnormalfeelslike campaign runs for six weeks throughout Breast Cancer Awareness Month across all media channels including women’s press. It is supported by Sheridan Smith who will be opening a pop-up shop exhibiting the images tomorrow in Brick Lane, East London.