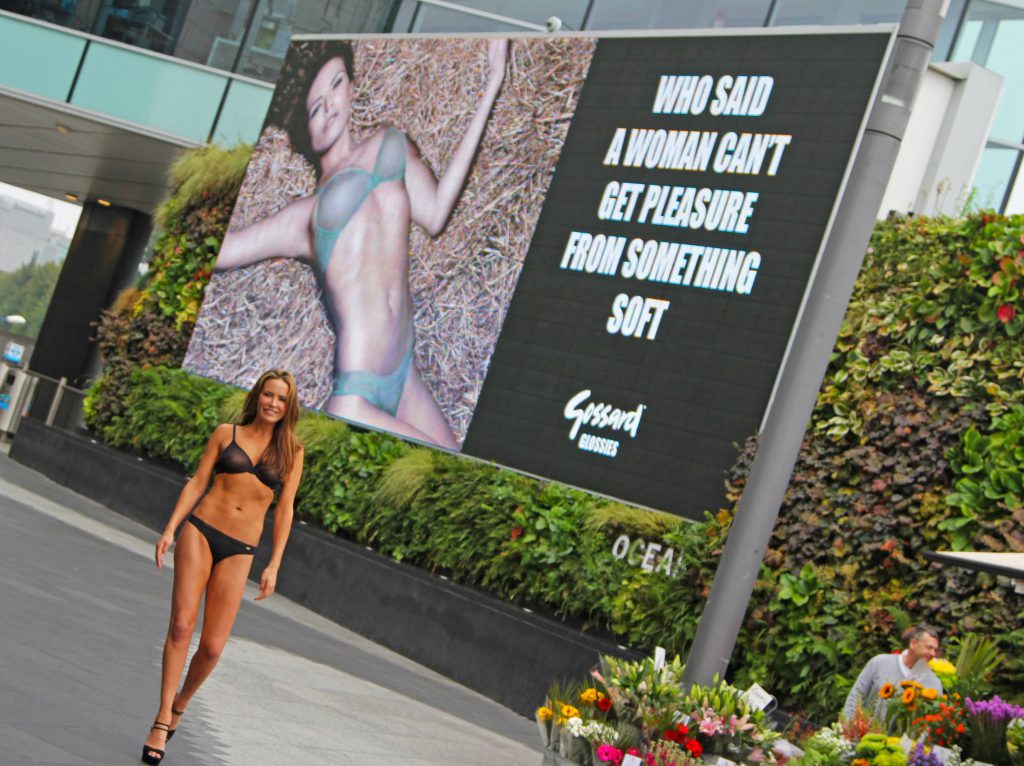 The campaign recreates Sophie’s original pose on a bed of hay, which caused a stir when it first appeared 17 years ago.

Planned by Pure Media, the campaign runs across select hi-impact large format Ocean digital sites, enabling the opportunity to show a transition from the monochrome replica ad to a colour treatment. Activity runs for two weeks in high traffic and retail areas across West London.

Sophie Anderton said: We had so much fun on the shoot, it was like old friends catching up, just with a bale of hay and in your underwear. Totally normal! I know when I first wore Glossies they’d be a classic and who’d have thought I’d still be getting so much pleasure from something so soft.”