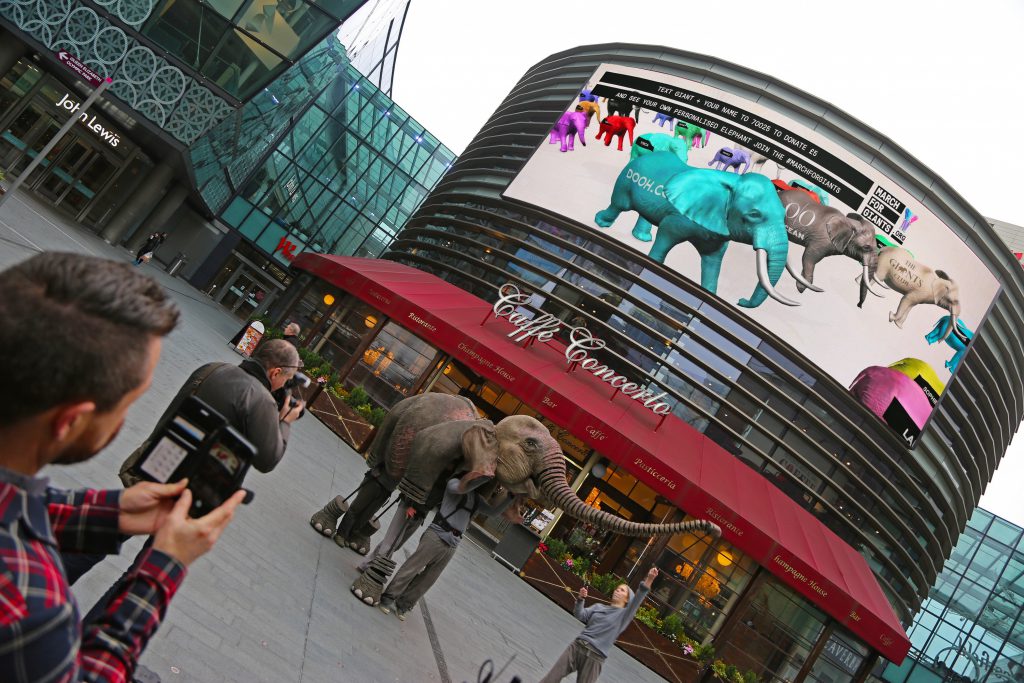 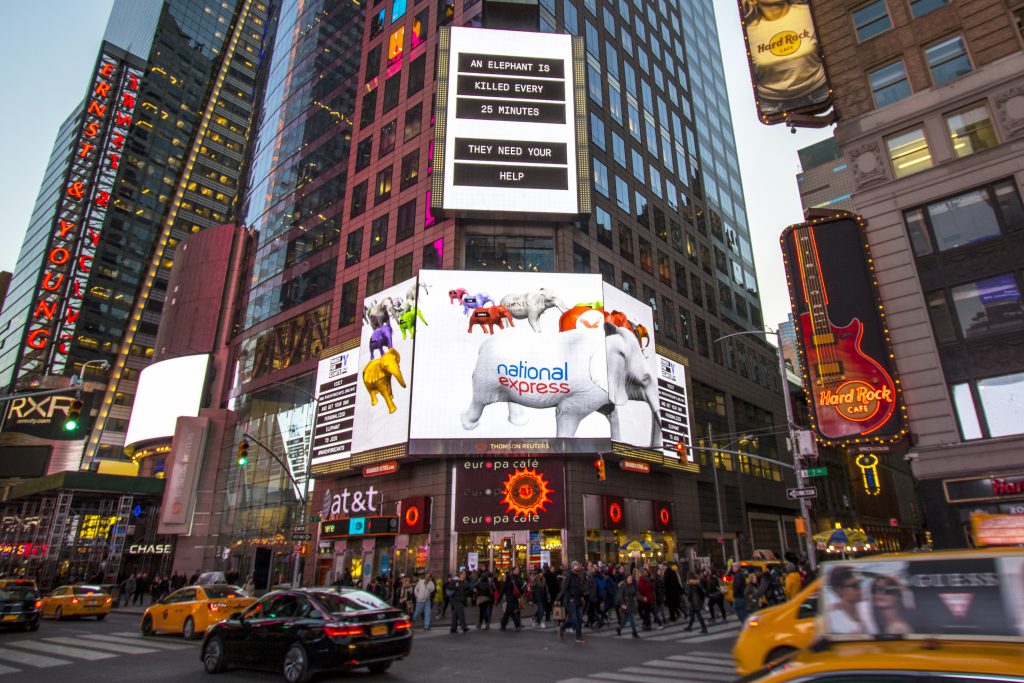 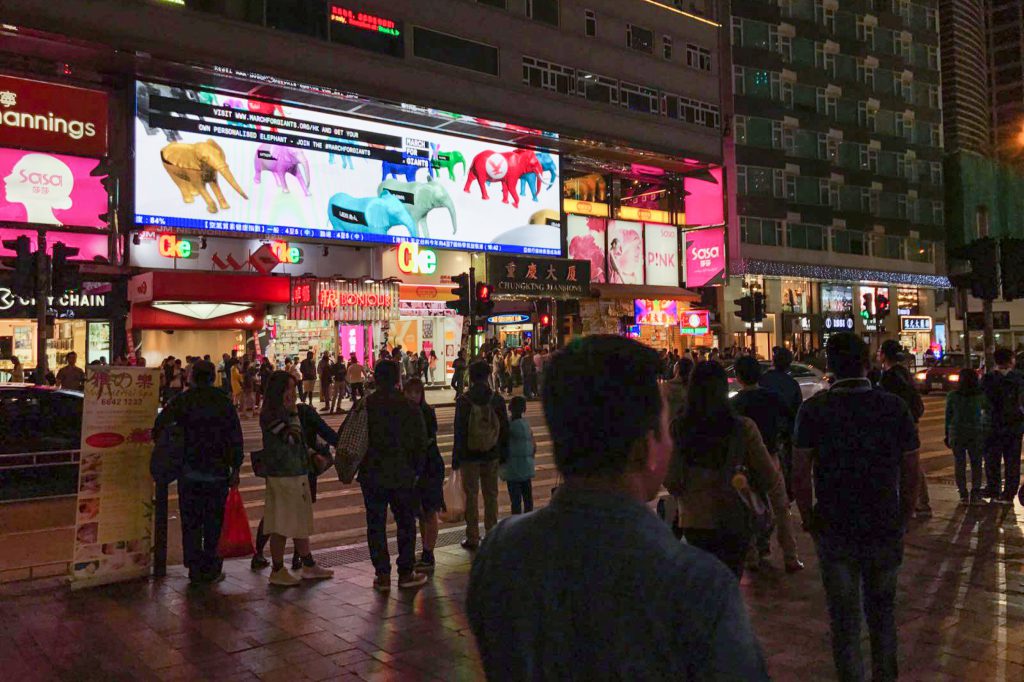 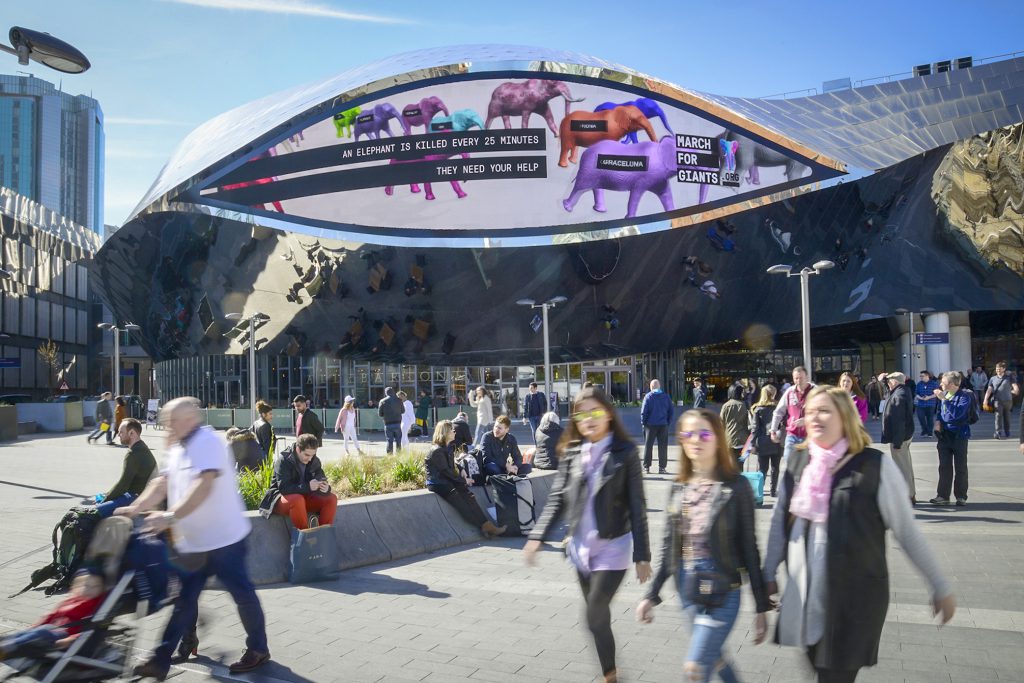 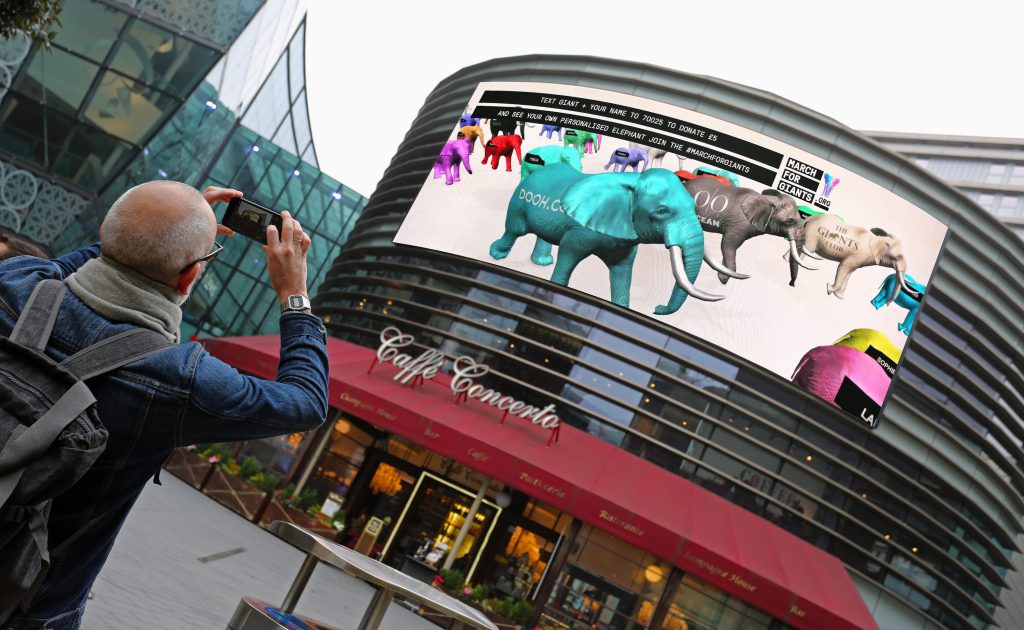 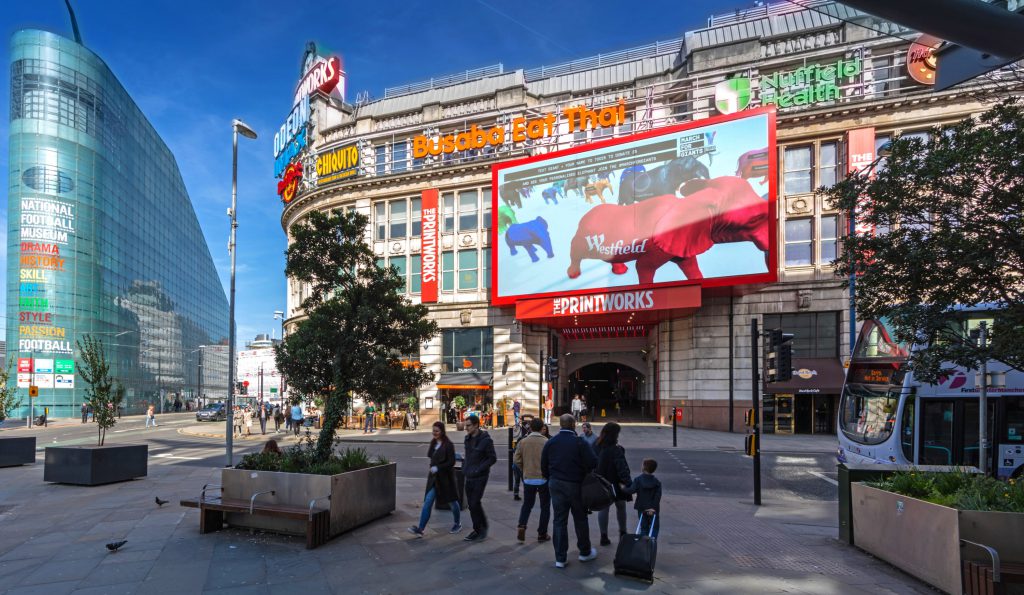 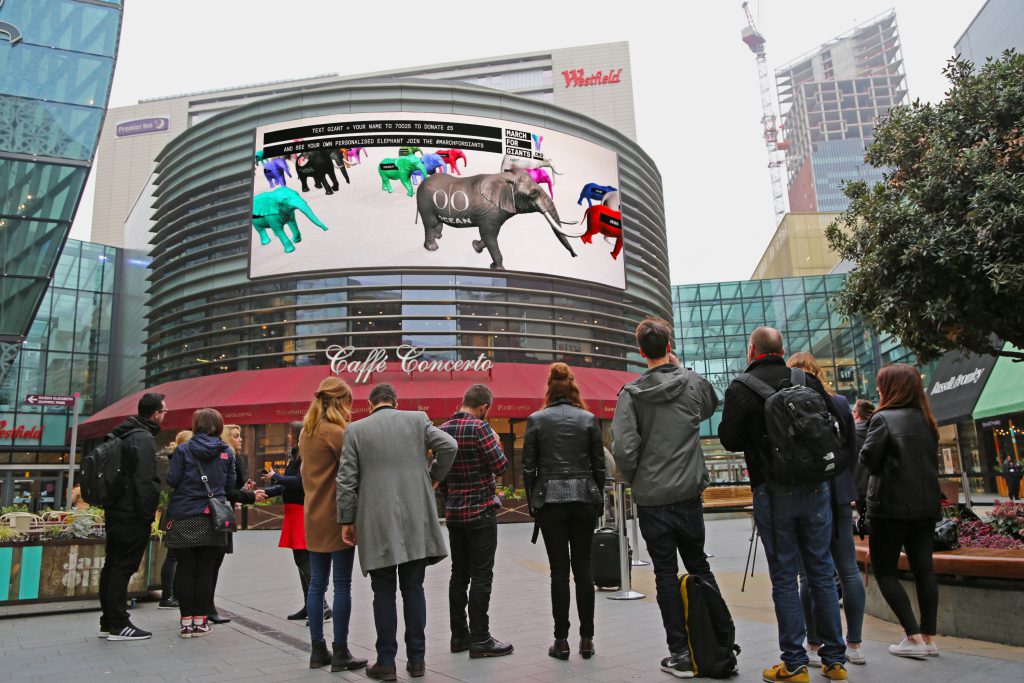 Two and a half thousand elephants now heading north to Birmingham and Manchester.

They were joined at Four Dials Square in Westfield Stratford City by Oona, a spectacular full size elephant puppet currently starring in the UK tour of Michael Morpugo’s Running Wild at the Hackney Empire.

Two and a half thousand brands including National Express, Maclaren, BCD Travel, and Givergy are leading this spectacular parade of 3D computer-generated elephants to raise funds for the conservation charity Space for Giants. The actors Anna Friel, Liz Hurley, Ricky Gervais and Joanna Lumley are among the celebrities also taking part with their own named elephants.

A world media first, #MarchforGiants is raising funds for Space for Giants, a conservation charity working across Africa with a mission to protect half of the continent’s remaining 380,000 elephants by 2020.

Created online, the virtual herd set off from Hong Kong on March 23, marched to Times Square in New York yesterday evening and is now processing across Ocean’s Four Dials screen at Westfield Stratford City before heading north to The Media Eyes in Birmingham (March 25) and then Manchester Printworks (March 26).

It is the first time state-of-the-art digital design technology has joined with global advertising might to create a charitable event that circles the world from Asia to the Americas to Europe, illustrating the urgent need for a global response to the threat to Africa’s elephants.

#MarchforGiants was a global winner in Ocean Outdoor’s annual creative digital competition which fosters advances in digital out of home campaigns.

As the march unfolds, companies and supporters can create their own elephant at www.marchforgiants.org to join the herd in real-time as it parades across the screens.

“We knew we needed to create something digitally cutting edge to really capture the public’s imagination. By donating to March for Giants brands and the public alike can create their own bespoke elephants, a unique chance to become part of the story, and follow it socially as it unfolds across the globe,” said Will Thacker, creative director at 18 Feet & Rising.

All proceeds go to Space for Giants, a Kenyan based conservation charity that works to protect Africa’s remaining elephants and the landscapes on which they rely.

Poachers, mostly supplying Asian demand for ivory, killed close to 145,000 elephants across Africa in the seven years to 2014, reducing the overall population by a third. That equated to an elephant being killed every 25 minutes every day of every year from 2007 to 2014.