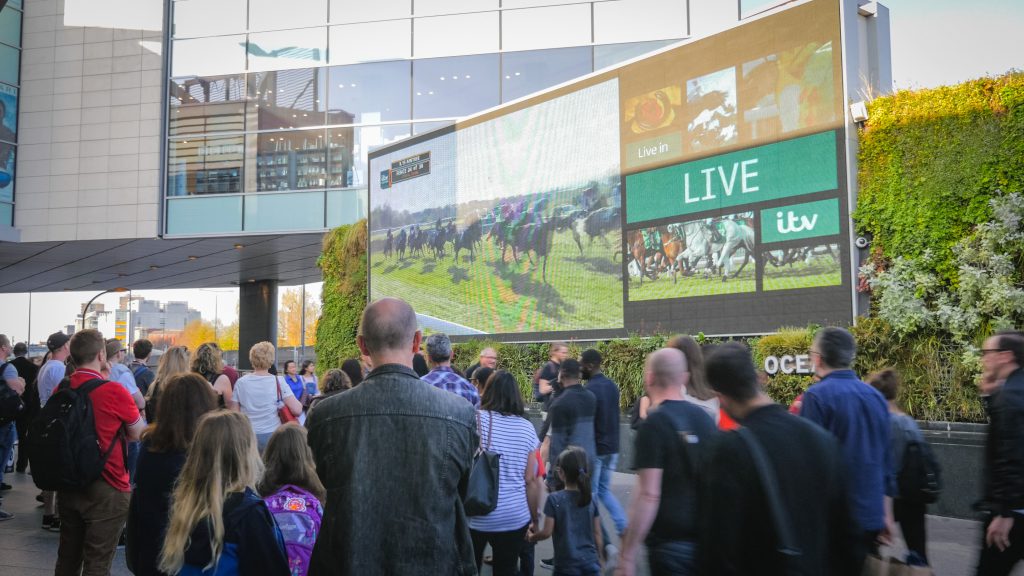 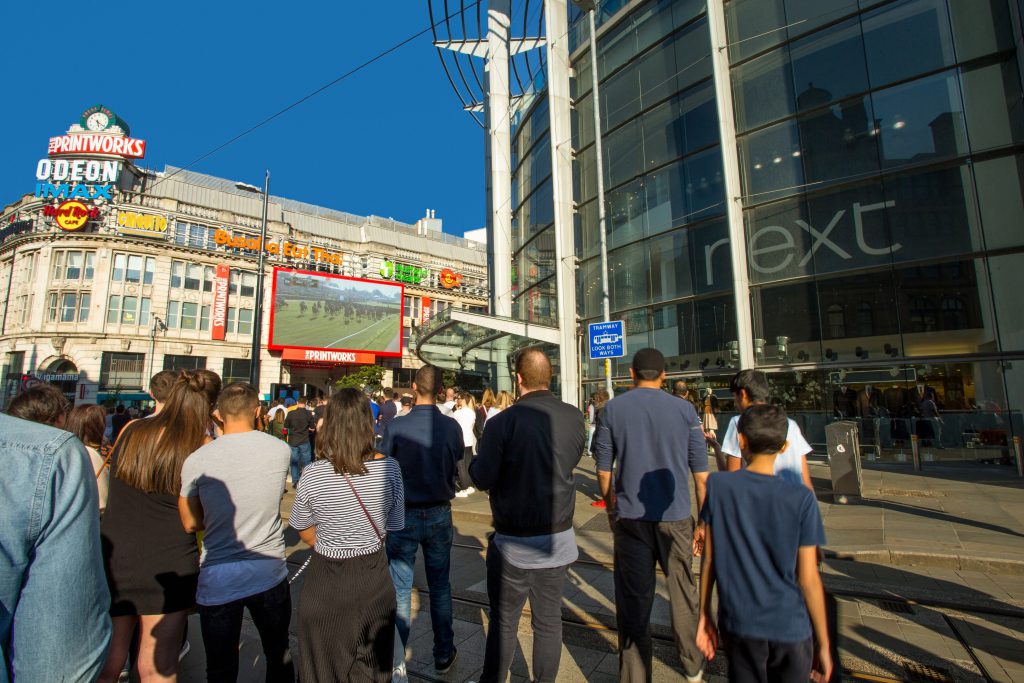 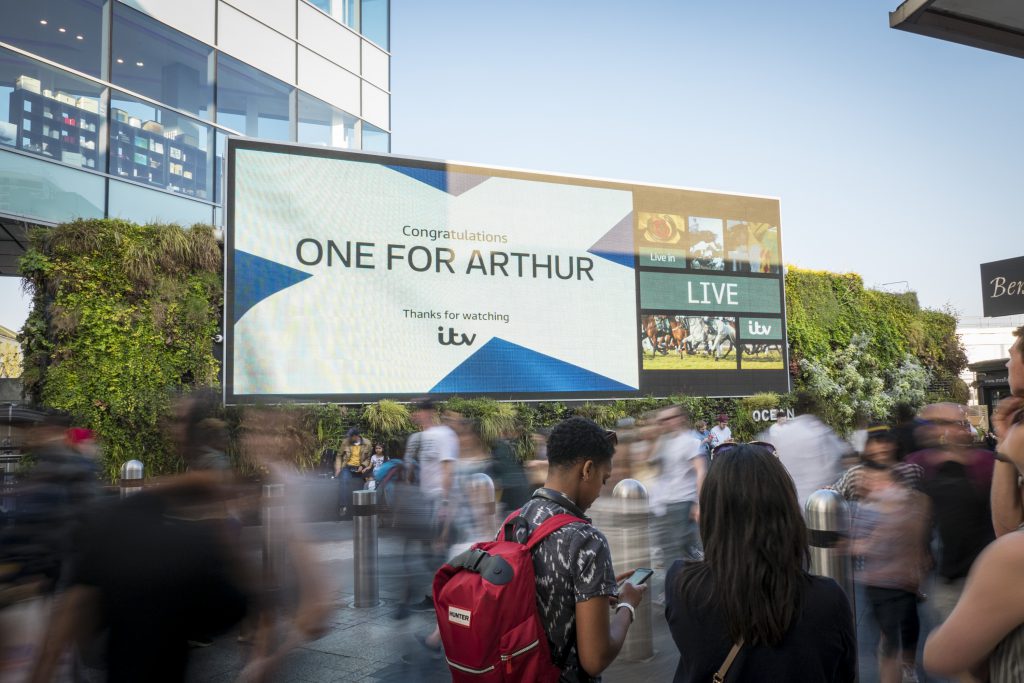 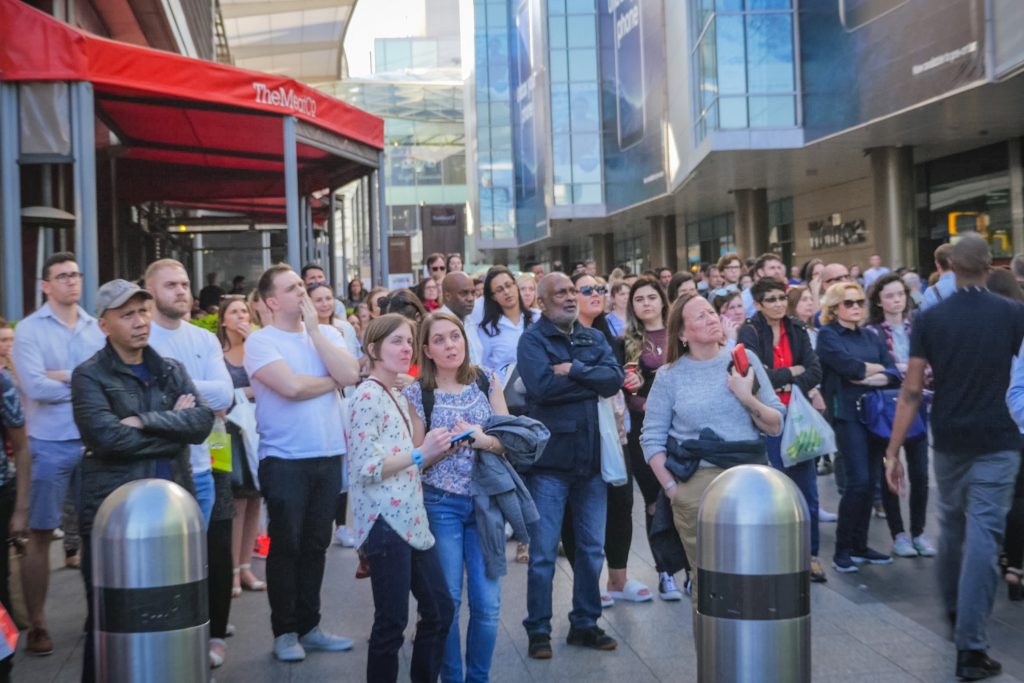 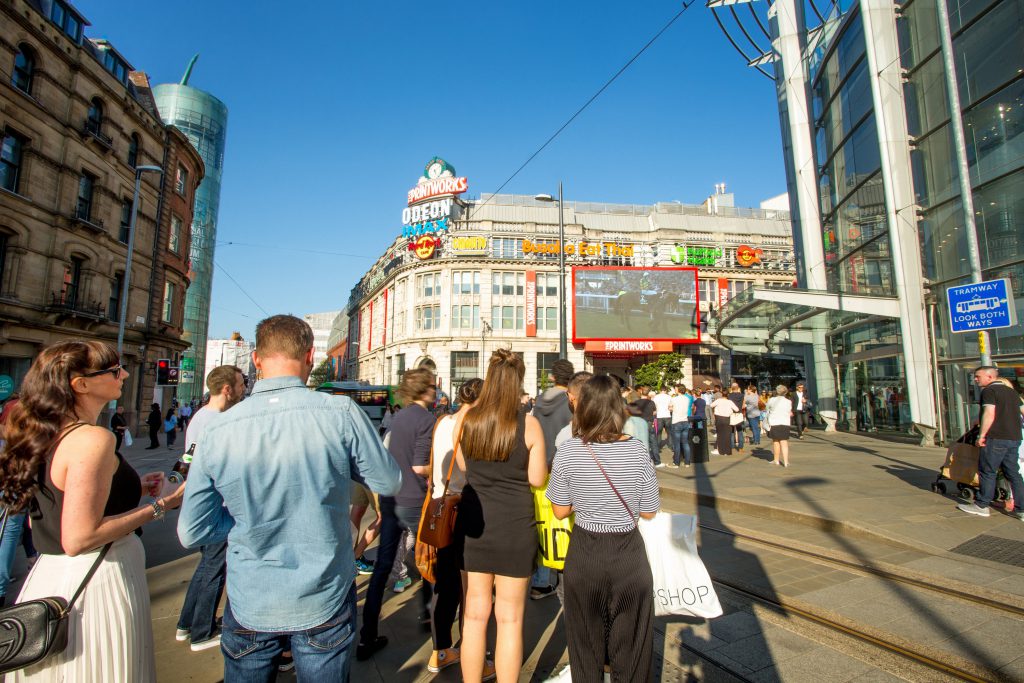 ITV partnered with Goodstuff and Ocean Outdoor to live stream The Randox Health Grand National on a number of large format digital outdoor screens across the country, positioning the biggest race of the calendar as a must-see event.

This year racing returned to ITV for the first time in 32 years, in a new four-year deal to show UK horse racing on terrestrial television encompassing live broadcasts of almost 100 days of racing each year – including 42 days on the main channel.

The Grand National took place on 8th April at Aintree, the first time that ITV screened the event. Watched by millions around the world, the race will be the most viewed of the year, with ITV positioning it as too good to be missed. Goodstuff came up with the idea to live stream the race across digital outdoor screens, selecting Ocean as the partner to deliver the idea.

The campaign ran across Ocean’s iconic Liverpool Media Wall, Manchester Printworks and Eat Street @ Westfield London screens. Live countdown timers to the race were activated on the day, culminating of a live broadcast of the event at 5.15pm. The three full motion City centre screens command a combined fortnightly impact of in excess of three million people.

Ed Ross, Head of Marketing and Media at ITV said: “The Randox Health Grand National is truly the race that stops the nation. We are hugely excited to be screening this in such a unique way to as many people as possible”

Laura Moorcraft, Business Director at Goodstuff said: “The Randox Health Grand National is the one race in the calendar that transcends racing, appealing to a huge number of people beyond the sport’s fan base. We can’t wait to see it on the big screens.”

Priti Kara, Ocean Outdoor Associate Director, said: “This collaboration with Goodstuff is part of ITV’s vision to take the nation’s favourite sporting event to an ever wider audience and adds to the original content partnerships Ocean is forging in the dynamic out of home space.”