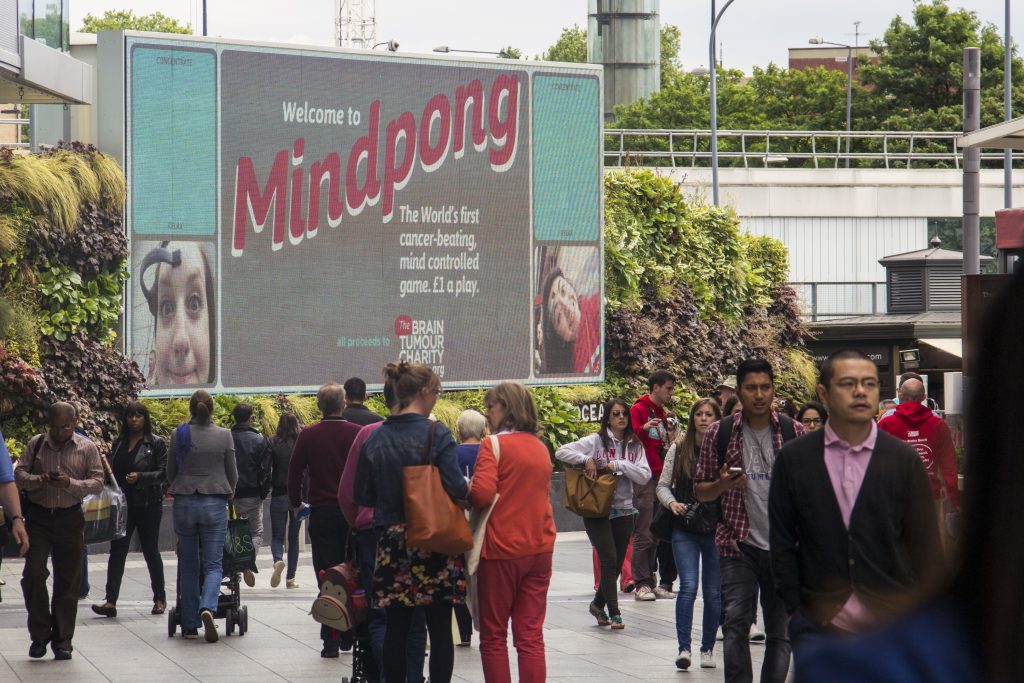 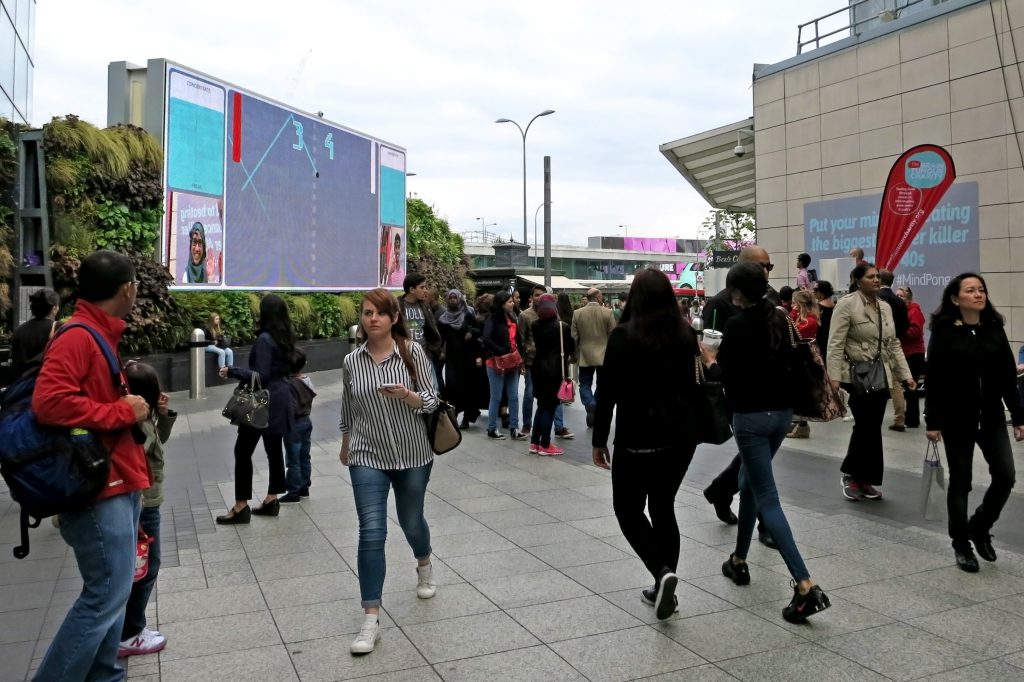 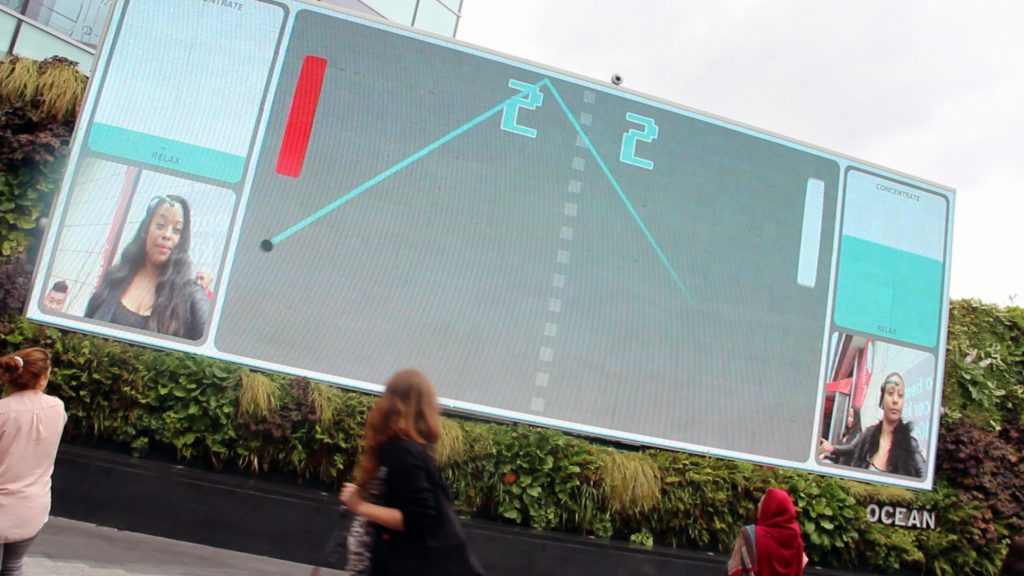 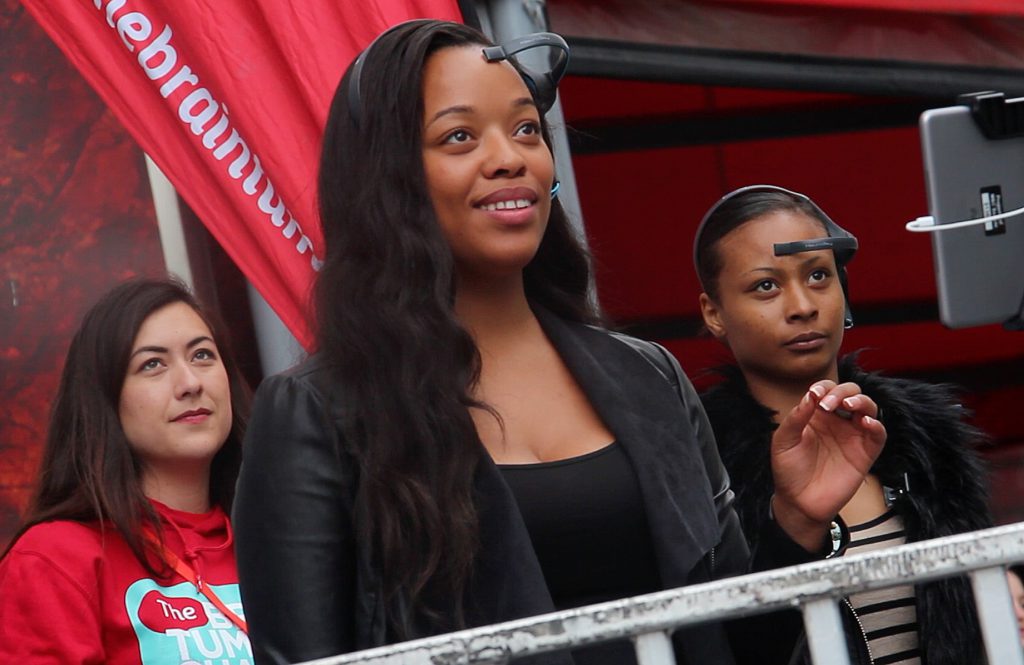 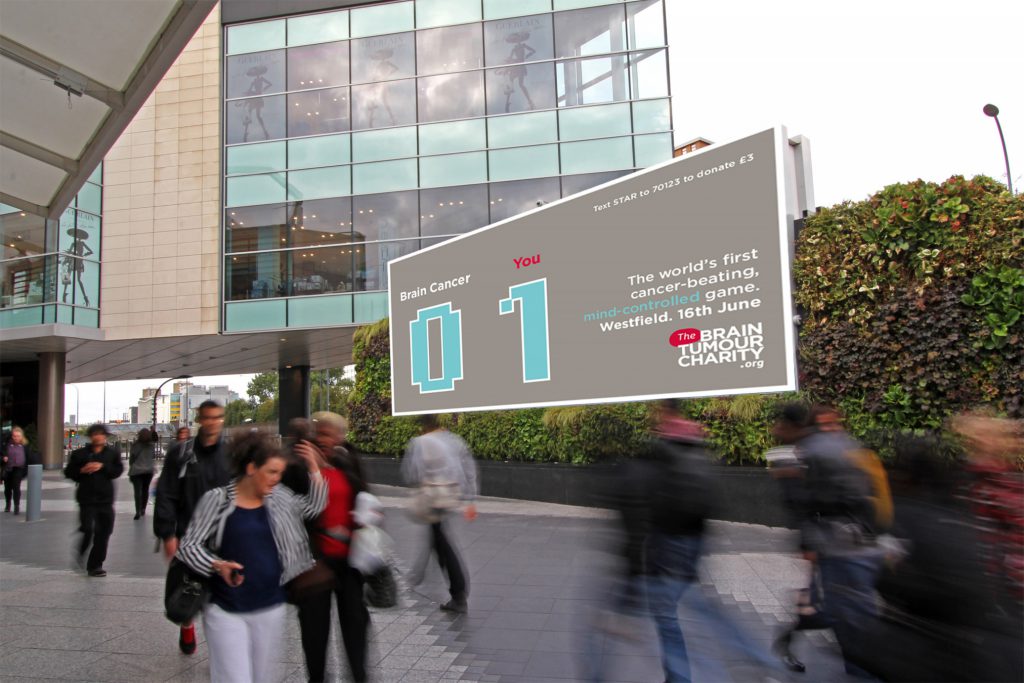 If a nice game of Pong is on your mind, then get yourselves down to London Westfield on Monday, June 16th for an innovative new version on Ocean’s Eat Street screen to raise awareness and donations for The Brain Tumour Charity.

Announcing its launch, Maurice Saatchi, Founding Director at M&C Saatchi which created the game, said: “I hope this interactive game hooks the player and helps people appreciate the brilliant work of The Brain Tumour Charity.”

Mind Pong is a two player game based on the iconic arcade game, Pong, but with one significant difference: it uses breakthrough electroencephalography (EEG) technology to read brain waves, replacing the need for handheld controls.

Instead, a Velcro-attached headband monitors electrical activity in players’ brains, connecting them directly to the Eat Street digital screen. Players can move the on-screen paddle up and down by simply concentrating (up) or relaxing (down).

Mind Pong was a winner in Ocean’s Art of Outdoor creative competition. Players will be asked for a £1 donation to play. The initiative will be supported on Twitter during the event #MindPong.

Brain tumours kill more people under the age of 40 in the UK than any other cancer, but less than 2% of the overall spend on cancer research goes towards brain tumour research.

Louise Taylor, Director of Fundraising and Communications at The Brain Tumour Charity, said: “The day will enable us to raise awareness of brain tumours, the vital research we fund and the support we provide for anyone affected.  In addition we will be able to share our ‘HeadSmart’ campaign with families so they are aware of the signs and symptoms of brain tumours in children and young people.”