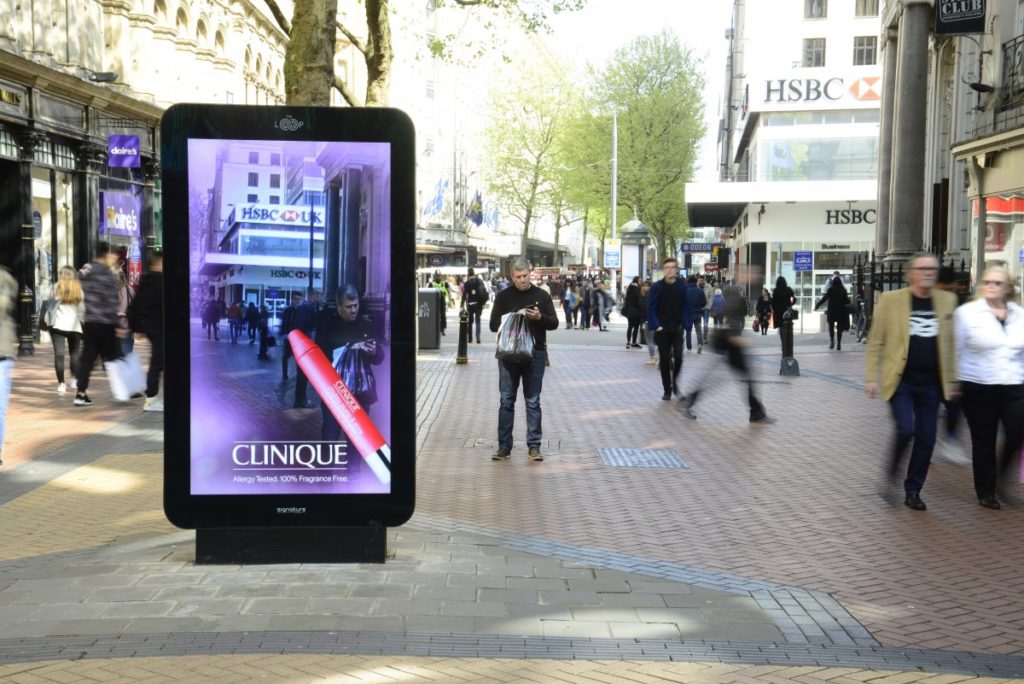 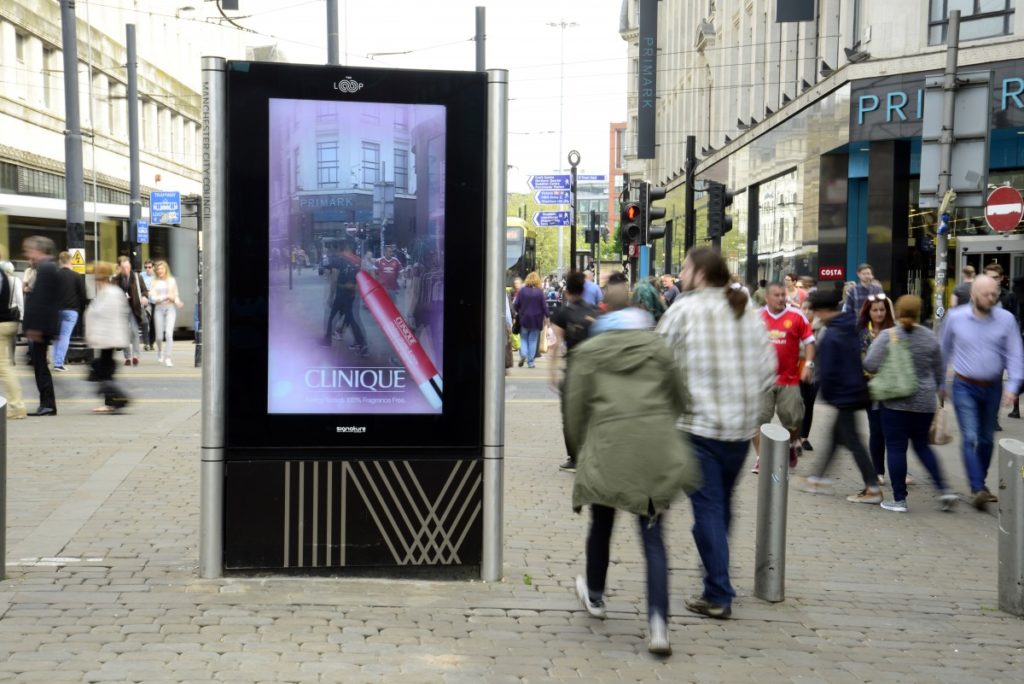 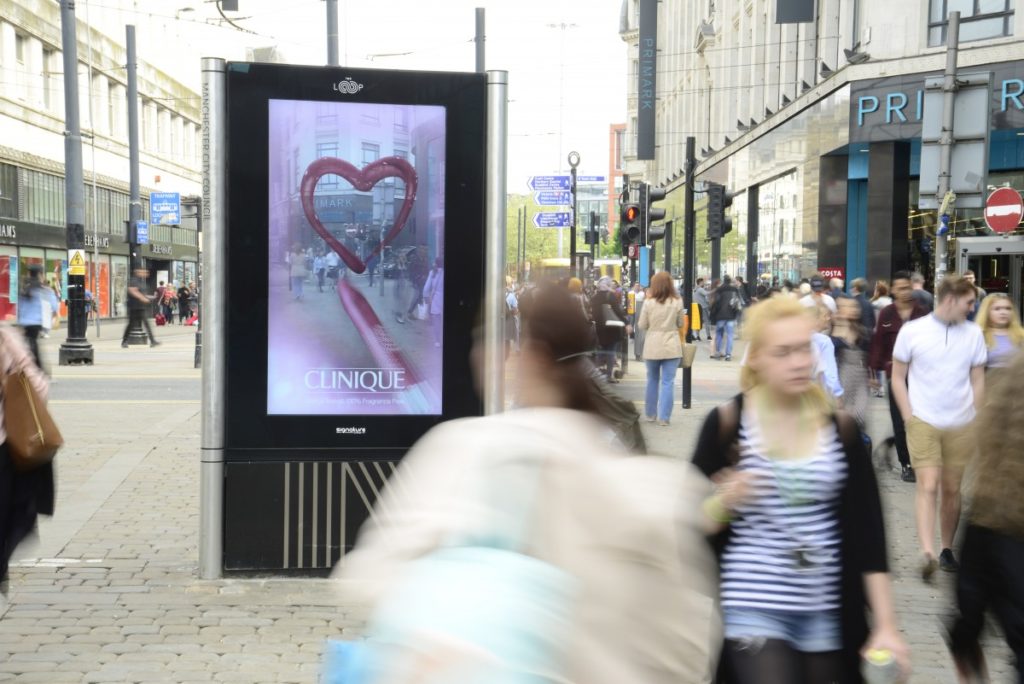 To celebrate the “glossing up everyday life”, the luxurious cosmetic brand used cameras to display different effects in each location. The technology created a mirror effect in Manchester and a window effect in Birmingham, overlaying imagery of the new lip-gloss.

The Loop activity ran for two weeks between 10am to 4pm everyday on New Street and Market Street, using The Loop’s in-built camera technology to engage with key audiences and make a powerful statement.

The campaign was collaboration between Talon, Grand Visual, Ocean Labs, and Signature and was live on The Loop Birmingham & Manchester in May 2017.