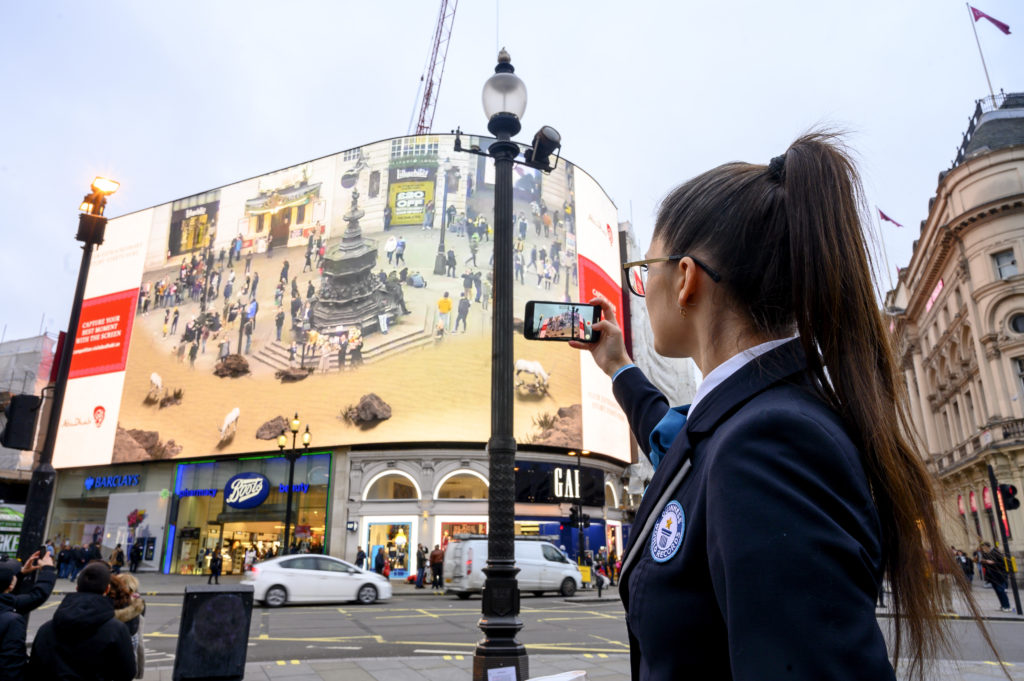 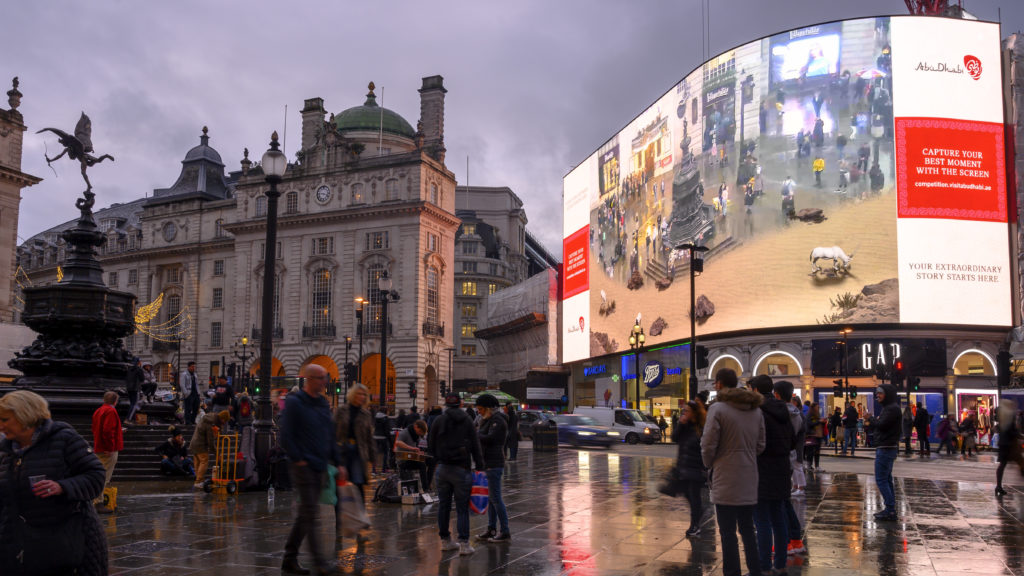 The Department of Culture and Tourism – Abu Dhabi (DCT Abu Dhabi) has broken the Guinness World Records™ (GWR) title for the ‘Largest Augmented Reality (AR) Screen’, as part of a pioneering augmented-reality advertising campaign to promote the UAE capital as a world-leading holiday destination.

The new marketing campaign utilised the famous Piccadilly Lights in the heart of London, transforming the screen into an interactive augmented-reality (AR) experience, showcasing some of Abu Dhabi’s most iconic landmarks.

Ali Al Shaiba, acting executive director of tourism and marketing at DCT Abu Dhabi, said: “The world-record-breaking augmented-reality experience took over Piccadilly Lights until December 8, showcasing the UAE capital’s most famous landmarks in a pioneering way. When conceptualising the campaign, we knew we wanted to do more than just bring Abu Dhabi’s famous sights to life at one of London’s most iconic landmarks. We also wanted to capitalise on the scale of the experience by breaking a GWR title for the ‘World’s Largest Augmented Reality (AR) Screen.”

Aside from breaking a GWR title, the augmented reality screen was also designed to allow passers-by to play a starring role in the experience.

Al Shaiba said: “By standing near the fountain in the square, people are captured by the hi-tech, on-site audience camera – used specifically for advertising for the first time for this campaign – transporting them to some of Abu Dhabi’s most famous attractions – think family-friendly indoor theme park Ferrari World Abu Dhabi, wildlife haven Sir Bani Yas Island, and the stunning Sheikh Zayed Grand Mosque – on the screen. Each one of the capital’s landmarks has been brought vividly to life in London using innovative 3D augmented-reality overlays.”

The interactive activation – that played at 10 minutes to the hour, every hour – also gave people a chance to win a trip to Abu Dhabi, with Etihad Holidays. Participants had to take a selfie of themselves enjoying the augmented-reality experience, share it at competition.visitabudhabi.ae, and ask family and friends to vote for the photo. The picture with the most votes won.

The timing of the campaign – showcasing through part of November and December – was a strategic move, with the screen incorporating a weather overlay that triggered weather-specific messages. “At this time of year it is traditionally cold in London, while in Abu Dhabi the weather is wonderfully temperate. With this campaign, we want to encourage people to swap rainy, windy days for fun in sunny Abu Dhabi,” said Al Shaiba.

No personal audience data was collected or stored during the making or activation of this campaign.