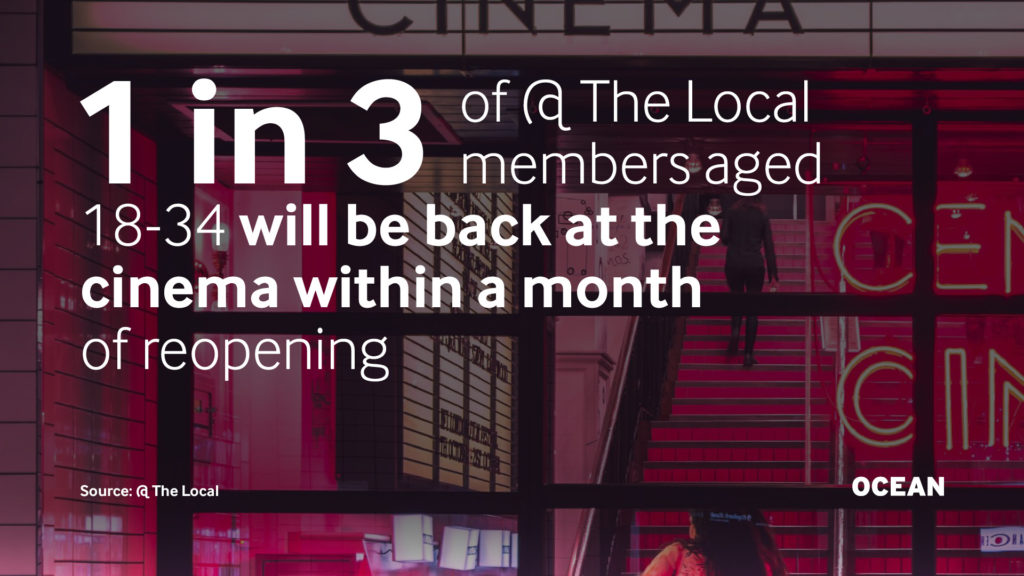 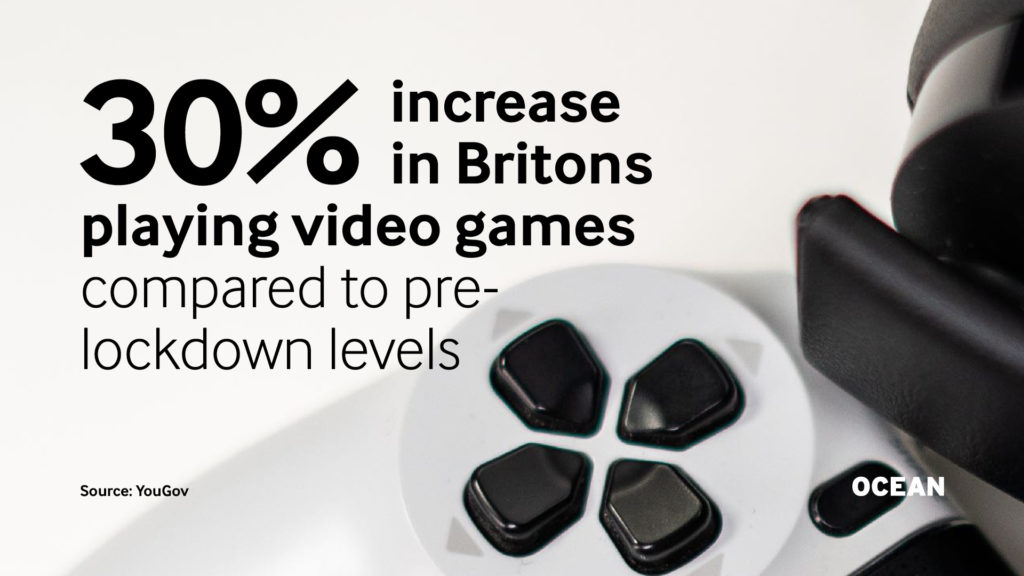 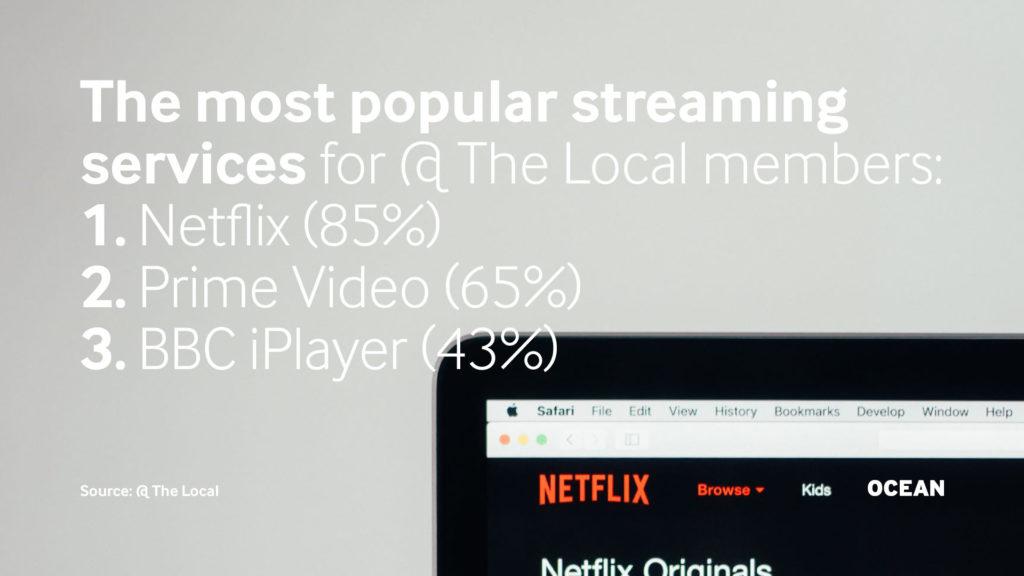 The COVID-19 pandemic has, on the whole, been bad news for entertainment related businesses.   Live music venues and cinemas have been hit the hardest whilst others, such as gaming and streaming, have actually flourished.

The easing of lockdown is now offering hope to businesses as audiences begin to rethink their previous habits, or revert to their pre-lockdown behaviour.

The anticipation of the lights going down, the sound of popcorn rustling and the whole room settling into their seats as the film starts: these are familiar memories to all of us and are intensely nostalgic.

After a few months of being locked in our houses cinema plays an important role in satisfying Brit’s cultural hunger to seek out experiences to escape into another world, albeit temporarily.

Ocean’s study, from @ The Local, shows that die-hard cinema fans are returning even stronger to the big screen:

As people return to city centers and large out of town cinema’s, like the Vue in Westfield, film lovers are enticed back to the silver screen – undoubtedly helped by the very strong film slate which will be squeezed into the back-end of the year.  Ocean’s @ The Local community reveals that 1 in 3 consumers are most looking forward to watching James Bond – No time to die, 1 in 4 for Top Gun – Maverick and 1 in 5 Marvels Black Widow, literally something for everyone.

Lockdown has created a step-change in behaviour  – our study highlighted an increase of 25% of those watching TV on a daily basis.

Unsurprisingly, the majority (56%) prefer watching films or series via streaming services –which increases to 83% among those 18-34 and 65% among ABC1’s.  When it comes to video streaming platforms, Netflix remains the favourite, scoring 85%, followed by Amazon prime video with 65% and 43% preferring BBC iPlayer.  Whilst these might be impressive results, the challenge for these services will be to maintain the subscription levels of lockdown and this is where DOOH has been proven to extend the life of broadcast TV.  Running full motion trailers on DOOH screens is 2.5x more effective at driving memory encoding compared with static copy – serving as a perfect reminder to stream when out-of-home as well.

Video gaming has emerged as a popular mean of entertainment after lockdown. According to our study 64% of consumers say they play video games on mobile, online, console or PC. This is a 30% increase in the number of consumers playing to pre-lockdown levels (source: YouGov).

In addition, @ The Local reported that 57% say they usually game on their mobile phones. This increases to 68% for 18-34’s and 60% for ABC1’s.  This is good news for gaming advertisers who chose to use DOOH as a brand awareness platform – Ocean’s Neuroscience research confirmed the priming effect extended into the wider screen market, and digital out of home was 48% more effective at priming mobile content, when compared with television.

With the live music agenda cancelled since March, musicians had to adapt creatively to the current circumstances using live-streaming and drive-in concerts to connect with their fans.

Our study suggests that UK’s music fans are itching to attend a real-life gig. 1 in 5 say they can’t wait to go back to a music event and would do so within a month of concerts and gigs being allowed back. This increases to 40% of 18-24’s and 35% of those most exposed to OOH advertising.

It’s hard to make any prediction nowadays; one thing is for certain though, Brits are resilient and they will be enjoying the time outdoors and appreciate the activities which were part of their pre-lockdown routine even more.

Connect your brand where your audience is: Out of Home!