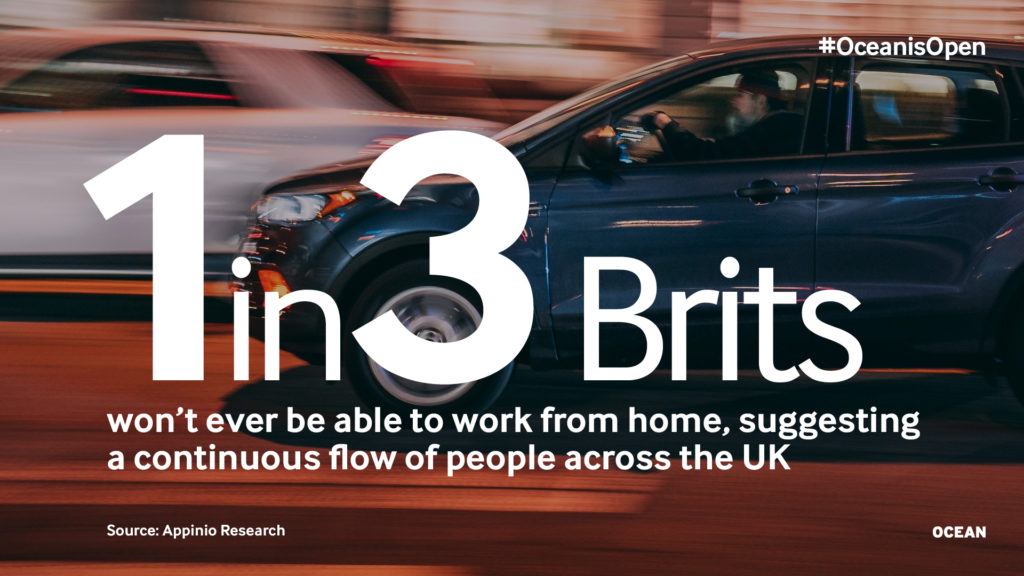 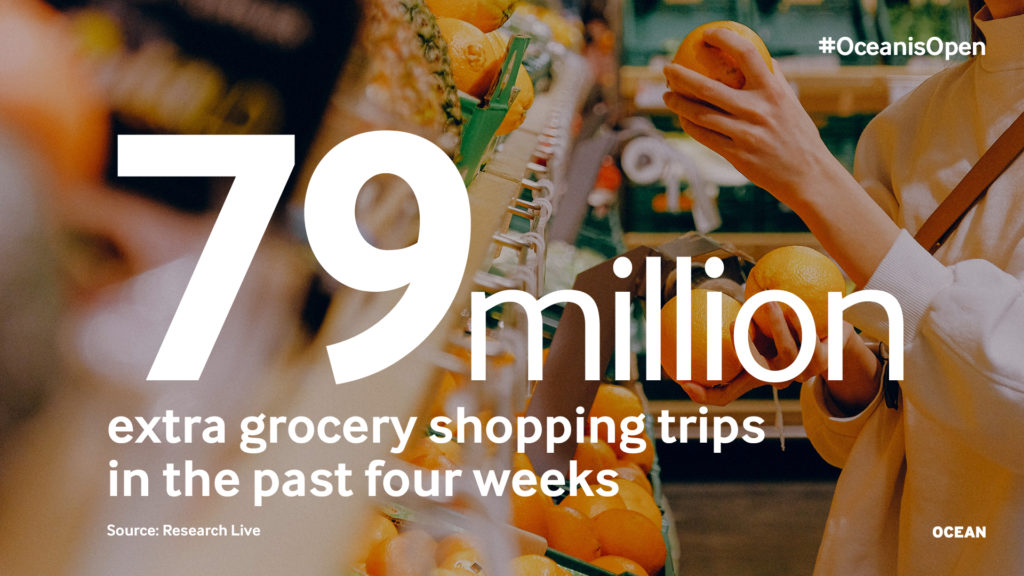 Further research into UK retail finds Britons made more than 79 million extra grocery shopping trips in the past four weeks, making 3 additional shopping trips to the supermarket during this period.

Although stockpiling now shows a decline and normal shopping behaviour slowly returns, the average shopping baskets are still larger (now 11 items) and an average spend rising from £15 to £16. Despite these being very small changes in behaviour, this results in £1,9 billion extra spent on groceries.

People are still out and about. According to a recent Covid-19 tracker 1 in 6 said they leave the house just as much as they usually would, with 55-65s more likely to be among this audience.

What is more, 1 in 3 of Brits won’t ever be able to work from home because of the nature of their work, suggesting a continuous flow of people all across the UK.

Looking at how behaviour has changed in terms of transport usage, 60% say they feel safest when walking, which leads to suggest there will be a further drop in numbers using public transport.

2 ways the British public has changed over the past week